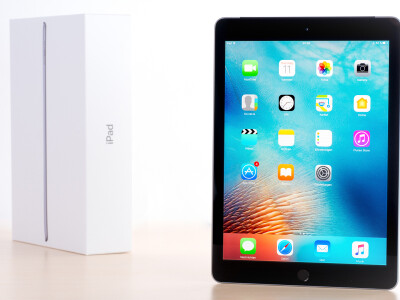 If you still have an old iPad at home and are no longer satisfied with its performance: Here comes the worthy successor. The iPad 6 is powerful enough to be ready for years to come. It scores with Apple Pencil support, but unfortunately lacks the Smart Connector. The bottom line is that the cheapest iPad is anything but a bad choice and will certainly cause some iPad Pro buyers to ponder.

The basic version of the 2018 iPad costs 349 euros, making it the “cheapest iPad of all time”. This also applied to the iPad 5, which was introduced exactly a year ago and is no longer available. At that time, Apple was still charging just under 400 euros.

For 349 euros you get the basic version, available in silver, gold or space gray, with 32 gigabytes of memory. As is typical for Apple, it doesn’t have to stay that way. If you need more storage space and use the 128 gigabyte version, you already pay 439 euros. And if you really need internet access everywhere and switch to the Wi-Fi + Cellular version with a cellular modem, you have to transfer 569 euros to Apple.

Then the new iPad is naked in front of you and cannot even play one of its most powerful trump cards, the support of the Apple Pencil, as it has to be purchased separately. So calculate with additional costs for Smart Cover (45 euros) and pen (99 euros) and you can push the price up to 713 euros. After all: during the Introducing the iPad made Apple itself aware of the pencil alternative Logitech Crayon. It only costs half.

Differences between iPad 5 and iPad 6

In short – the differences between the 2017 model and the 2018 iPad are low. The most important difference is the Apple Pencil support, which is provided by an additional touch screen layer. We found an “extra weight” of two grams compared to last year’s test device, which we attribute to it. In the LTE version, the sixth generation iPad weighs 473 grams.

The stronger processor is of course also not to be despised. Instead of the A9 chipset, which is also included in the iPhone 6S is used, the new iPad now has the from the iPhone 7 well-known, more powerful A10 Fusion processor. You can read below how this jump is noticeable in the benchmarks. Otherwise there are no technical differences between iPad 5 and iPad 6.

What was true for the previous year’s model also applies to the current test device: Apple cannot be cheap. The terms “cheap” and “inexpensive” are to be put in quotation marks as there are many Android tablets are available that are much cheaper. But these usually do not offer the processing quality and the user experience of an iPad.

For 350 euros you get a flawlessly finished tablet PC. Nothing wobbles or rattles here, there are no noticeable gaps or other production defects. At Apple, cheap also means that technologies such as Face ID (iPhone X) or particularly narrow bezels (iPad Pro 10.5) are reserved for more expensive devices.

The iPad 6 no longer has thick bezels and is still unlocked via Touch ID. You can live with both. More You can read about the built-in display at this point.

Performance and battery life: how big is the difference to the iPad 5?

We have that iPad Pro 10.5 in continuous use since the release. One might think that the more than twice as expensive Pro model reacts noticeably faster than Apple’s educational tablet. But the difference in everyday life is not that great at first.

All of the apps we tried open a blink of an eye slower on the test iPad than on the expensive iPad Pro, but this is especially noticeable in direct comparison, but not in normal everyday life.

Apple speaks of a 40 percent leap in computing power and 50 percent faster graphics processing compared to the A9 processor built into the iPad 5. In sober benchmark figures (Geekbench 4) this is expressed as follows: 3,558 single-core points, 5,991 multi-core points and 13,254 metal points.

We couldn’t find a difference in the battery life compared to the previous generation. It is still around ten hours, but can of course fluctuate greatly depending on usage behavior.

The support of the very good Apple Pencil was previously a unique selling point of the expensive iPad Pro series. It is all the more astonishing that the cheapest iPad now works with the active stylus (digitizer). We expressly welcome that, as schoolchildren and students in particular benefit enormously from it.

With the Apple Pencil it is not only wonderful to paint, note and sketch in special programs. We also like to use it for surfing the net, for scrolling websites. What the Apple Pencil can do everything, you will learn at this point on networld. With iOS 11 the possible uses of the pen have been expanded again.

Very nice: just like with the iPad Pro series, there are no disruptive latencies on the iPad 6 when using the pencil. The line drawn on the display does not lag behind the hand movement, which would be an enormous obstacle to the flow of writing.

The sliding properties of the pen on the display are good. In direct comparison to the iPad Pro, only the noise that the pen makes when it hits the screen surface is different, lighter. This is probably due to the nature of the display. The iPad Pro has a fully laminated display, and the test device has one with an additional layer of air.

While you probably know what you’re getting into when you buy an iPad, there are still a few things we don’t like that much. As with all other Apple tablets, this includes the inability to expand the memory at a later date. Before you buy, you have to think about whether 32 gigabytes are enough or whether it should be 128 gigabytes.

While the sensor of the rear main camera with eight megapixels still has a contemporary resolution, the 1.2 megapixels of the front camera are a relic of times long past. It is understandable that only the iPad Pro models support Apple’s Smart Connector and thus the in-house Smart Keyboard, but from the user’s point of view it is a shame. The test device is therefore on Third party bluetooth keyboards.

You can find out where the general differences between the individual iPad models lie in our purchase advice: iPad X – which Apple tablet you really want to buy.

Don’t you agree? Are you looking for suitable alternatives? You will find the best Apple iPad (2018) alternatives below.

We also recommend you take a look at our Tablet– Leaderboards. You can find comparable products, for example, in the list of the best
“Tablet comparison 2018/2019: The 10 best tablets in the test”

Android: wave of updates for Samsung, Xiaomi and Huawei users

Huawei will run out of its cell phone chips from September

Do you find AirPods Max expensive? You will be scared by the price of this special version

Apple negotiates with Hyundai – is the Apple Car coming soon?