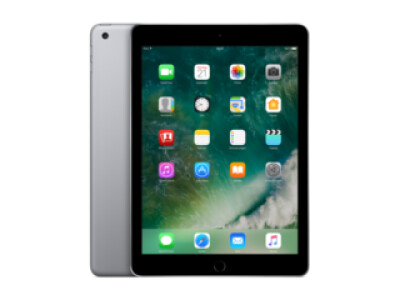 “Then buy an iPad” – if this sentence is used in the future, it is Apple’s entry-level iPad. The cheapest iPad of all time does well in the test. It offers sufficient performance, a good display and the usual high processing quality from Apple. If you can do without the Apple Pencil and the keyboards that can be connected via Smart Connector, the Apple iPad 5 is a capable tablet companion for years to come.

It’s hard to believe, but with a price of 399 euros, Apple’s latest iPad, which simply goes by the name “iPad”, is significantly cheaper than for example Samsungs Galaxy Tab S3, which is available from 679 euros. For twenty euros less (659 euros), Apple even offers the top equipment variant we tested with 128 gigabytes of internal memory and built-in LTE modem. Wrong world?

With the new iPad 5, Apple obviously wants to appeal to those of you for whom an iPad Pro is too expensive (to the 9.7-inch version of the iPad Pro) or is too big (to the 12.9 inch version). In addition, we can well imagine that many households still have no tablet at all or that children want their first tablet as a gift. Here, too, a closer look at the new products is recommended.

We have you covered exactly where the technical differences between the iPad Pro series, the iPad mini and the iPad lie already listed in the large iPad purchase advice.

Like the specialists in the repair service iFixit already noticed, the new iPad is basically an iPad Air 2, which Apple no longer offers. Many components are identical. So it’s hardly surprising that the test device is already clearly recognizable as an Apple tablet at first glance. You also notice that when you pick it up.

With a weight of 471 grams (LTE version), it is a corner heavier than the 447 grams iPad Air 2. It is also a little thicker. Most potential buyers should get over that, because the new iPad costs significantly less than the iPad Air 2 at the time. For the latter, you already had to pay 500 euros for the basic version with 16 gigabytes of storage when it launched in 2014; the top equipment even cost 820 euros.

The new iPad is anything but a “cheap home”

Of course, the iPad is not a bargain at just under 400 euros. The word simply doesn’t work in connection with the inventor of the iPhone. This also has positive aspects, because even the cheapest iPad of all time is as solid and clean as all other iPad models.

Are you a real Apple fan?

What is the code name of the first iPhone? 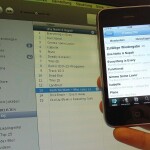 The back is made of aluminum like the iPad Pro 9.7 of the same size, but the diamond cut on the edges of the case is missing. Even with eagle eyes, we do not discover unclean gaps or similar indecent things. In comparison, there are subtle but notable differences. For example, the antenna frame on the iPad Pro is much more subtle than on the iPad, where Apple uses a completely black insert. The camera lens is flush with the rest of the case – this is not the case with the more expensive iPad Pro either. The latter offers four speakers. The test device has to live with two speakers.

The 9.7-inch display has 2,048 x 1,536 pixels. The test device thus offers the same pixel density of 264 ppi as all other current iPad models with the exception of the iPad mini 4. No one needs more – content is displayed crisply on the iPad display and the dreaded podium effect does not appear.

Given the price, there is no doubt that the new iPad has a good display. Compared to the (almost twice as expensive) iPad Pro 9.7, however, you have to accept a few compromises. For example, Apple has installed a fully laminated display in the iPad Pro, which is of the same size, and the content almost looks like it is printed. In addition, only this panel can completely map the P3 color space. You have to do without all of this and an anti-reflective coating to avoid reflections on the cheapest iPad.

The differences are clearly noticeable when you place your iPad Pro and iPad 5 next to each other, which is rarely the case in normal everyday life. The “True Tone” function With the iPad Pro 9.7, for example, it ensures that the color temperature of the display is continuously compared with the ambient light.

In all honesty: If you have never dealt with color spaces, the perfect white balance and the like, professionally or privately, you might even tend to find the display of the entry-level iPad subjectively more pleasant. Unfortunately, it reflects more strongly in sunlight than the display of the iPad Air 2 and iPad Pro 9.7. On the other hand, in the maximum setting it is noticeably brighter than the displays of the rest of the current iPad range.

Here you can compare the new iPad with the other Apple tablets.

To the purchase advisor

Battery life and performance: on par with the iPhone 6S

Apple’s own A9 chipset and M9 coprocessor are in the new iPad. You can find the same SoC in iPhone 6S and in iPhone SE – with correspondingly comparable benchmark results. Roughly speaking, the new iPad is a little faster than the iPad Air 2 and a little slower than the iPad Pro range. Do you need more? Not really. All of the apps and graphics-intensive games we tried started quickly and ran smoothly on the test device.

For the intended main purpose – surfing, video playback, games – there are currently enough power reserves available at all times. And it should stay that way for the foreseeable future. We were able to confirm the ten hours of battery life with constant video playback promised by Apple in the test.

For us, the four speakers in the Pro series are among the best that the market currently has. Unfortunately, Apple only installs two speakers in the entry-level iPad, which are located in the usual place to the right and left of the Lightning connector. On the interesting and effective effect of the automatic speaker tuning depending on the position of the iPad therefore you have to do without.

These are the best tablet PCs of all classes

Here you can find all recommended tablet PCs at a glance.

The two speakers still do their job properly. They sound quite powerful without oversteering. Still, you should do better for a better gaming and video experience sensible headphones connect.

The recordings from the rear camera end up in the non-expandable iPad memory with a maximum resolution of eight megapixels. The photos do not exceed snapshot quality. There is no photo LED for brightening dark areas.

The results of the FaceTime camera installed on the front are poor, the sensor of which has a resolution of just 1.2 megapixels. Even with well-lit video chats, picture noise quickly occurs. Apple should urgently improve this in the future.

We also noticed that

Strangely enough, the Smart Cover of the iPad Pro 9.7 is not compatible with the new iPad, as Apple has apparently changed the position of the magnets slightly. Even if the cover “docks” on the new iPad, the automatic screen lock cannot be activated.

Don’t you agree? Are you looking for suitable alternatives? You will find the best Apple iPad (2017) alternatives below.

We also recommend you take a look at our Tablet– Leaderboards. You can find comparable products, for example, in the list of the best
“The best tablet PCs with 10-inch displays: Android or iOS?”

Apple: Support for musician app discontinued, you should know that now

Clubhouse invitation: How to get an invite