Beats Pill in the test 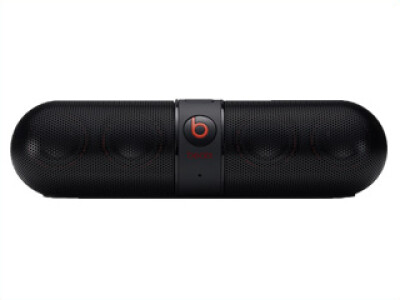 Nice to look at, but quite expensive

Nice but expensive: the workmanship, operation and design of the Beats Pill speakers are convincing, but in view of the average sound quality, the price of around 200 euros is too high. After all, the model appears cheaper online. However, there are competitive devices on the market that cost less but provide comparable sound quality for mobile audio entertainment.

A pill for on the go: The Beats Pill-Box is the smallest of the loudspeakers from Beats Electronics from sunny California. Thanks to Bluetooth, the pill box can also be used across platforms. Availability in bright colors and a transport bag make the device a lifestyle accessory. But is it worth buying as a sound reinforcement in the garden, park or on the beach? The Beats Pill in the test.

Black, white, silver, these are the colors of the hi-fi age when nobody was there before MP3-Player, let alone Tablets and Smartphonesknew. Thanks to the trendy world of colors around iPod and Co., numerous striking nuances have become established, which of course are also suitable for small mobile speakers. The model presented to us for a test Beats Pill the audio brand Beats by US rapper and producer Dr. Dre comes in the squeaky neon green. The loudspeakers for on-the-go use are also available in orange, red, pink, green, blue, silver, black and white. Any wishes left open?

The manufacturer designs its smallest speaker system differently from its larger counterparts Beatbox and Beatbox Portable, which are now available in many electronics stores, not with rounded edges, but oval. In terms of shape, the Beats Pill, as the name suggests, is reminiscent of small pills, such as those found in the household pharmacy. However, the speakers don’t roll away on smooth surfaces. Instead, a flat surface on the underside ensures a secure hold.

Small and light – these are two of the characteristics with which Beats Audio advertises the mobile capabilities of the pill speakers. With a fighting weight of 310 grams, the loudspeakers are not a particularly heavy companion when traveling, at garden parties or on the beach. The dimensions of around 4.6 centimeters in height and around 19 centimeters in length also speak for flexible use. The supplied carrying bag has an eyelet for the snap hook, which is also in the pack. Transporting it on a belt or on a backpack buckle is therefore not a hurdle. In any case, we did not find the Beats Pill to be ballast in such situations.

Beats Pill in the test: Mobile Bluetooth speaker for the iPod generation

The audio system has only four menu buttons. On and off switch on the back, volume up / down buttons on the top, a branded, thick, silver “b” button on the front, which stands for “beats”. It takes over the main control: the Bluetooth connection with players such as smartphones and tablets is initiated by pressing. In addition, the “b” indicates the status of the audio system: If it lights up, the Beats Pill loudspeaker is switched on. If it stops glowing, the device is switched off. When switched on and off, the loudspeaker draws attention to itself with a distinctive sound.

Flexibility thanks to Bluetooth

However, the Beats Pill must be supplied with power before it can be used. A USB cable and a corresponding USB power supply unit are also included. It will take some time to recharge. An audio jack cable is used to connect to MP3 players or other devices that are not capable of wireless music transmission.

The independence from the mobile operating system is the great advantage of Bluetooth: Regardless of whether iPhone, Android– or Windows PhoneDevice – thanks Bluetooth are all possible sound suppliers. The connection to mobile Bluetooth speakers is usually easy, and with the Beats Pill that didn’t pose too much of a problem – a push of a button and a confirmation on the Smartphone– or Tablet-Page is enough. The Beats Pill loudspeaker reports an incoming connection with a bright signal tone – the deactivation of the Bluetooth bridge is also acknowledged by the device with a sound output.

This also applies to NFC, the second type of connection to the speakers. To contact via NFC, all you have to do is briefly touch the NFC logo on the back of the Beats Pill loudspeaker on the smartphone that is enabled for short-range radio. Depending on the cell phone model, different areas are provided for making contact. In the test with one Nokia Lumia 820 and HTC One X-Smartphone, the connection was quick and easy. Advantage of NFC: The Bluetooth connection is activated automatically, and the bridge can also be deactivated via short-range radio without manual input. That saves time. However, not all smartphones or tablets are equipped with short-range radio – such as the iPhone.

Wireless speaker systems use either Bluetooth, Apple’s WLAN streaming protocol AirPlay or both standards are used. Of course, Bluetooth cannot quite keep up with AirPlay in terms of range. In the test, audio conversation via Bluetooth was over from a distance of around nine to ten meters. In the park, on the beach or in the kitchen, this is usually negligible, since the sound source is or is nearby anyway.

Incidentally, the music control of the Beats Pill loudspeakers does not take place via a dedicated app, as many manufacturers include with their speakers, but simply via any music app that is supposed to deliver sound. On Apple devices, a double-click on the home button is sufficient – with a swiping gesture you navigate to the far left at the bottom of the screen and select the playback device. Alternatively, the recipient is often regulated within an app. For control on Android devices, there is, for example, the notification bar at the top of the screen with buttons for quick access. Corresponding buttons are also stored for music apps and Bluetooth.

The Beats Pill supports Bluetooth version 2.1 and for audio transmission, in addition to the license-free SBC codec, also AAC and aptX for streaming. The supported Bluetooth profiles are unknown. As with many competing devices, the Bluetooth bridge is used to forward phone calls to the loudspeakers. To communicate with the interlocutor is a microphone built into the Beats Pill. Thanks to the hands-free system, the quality is indeed noticeably improved compared to the smartphone solution.

In contrast to their larger sister models, the Beats Pill can only deliver a comparatively gentle sound amplification. With its four speakers arranged next to each other, the Beats Pill produce a very high-pitched sound. In particular, we missed the middle perspective a little, as cheaper speakers already cover a wider sound perspective. Anyone who relies on proper bass support and wants to open up a stereo perspective has to dig deeper into their pockets anyway. The amplifier performance of the Beats Pill was not visible on the manufacturer’s website. For background sound in the park, when traveling or at small garden parties, however, the performance is definitely sufficient.

The battery also lasts long enough. At a volume of 80 dB, the box should last seven hours without additional energy donation. Netzwelt tested at a lower volume and then came up with a long ten hours. That is enough for a permanent shower of favorite music.

In our big comparison test with bluetooth speakers you will find many alternatives to the Beats Pill.

Don’t you agree? Are you looking for suitable alternatives? Below are the best Beats Pill alternatives. You can find an extensive list in ours speaker-Overview.

[Guide d’achat] Our selection of the best smartwatches

What is this new ultra-light OS from Google?

Apple AirPods Max in the test: press review – “Sony and Bose can pack up”