At the end of last month, there were the first rumors that Apple was preparing its first Virtual Reality (VR) glasses. These will anticipate the launch of the so-called Apple Glass, which should reach the market only in 2023.

A publication report is now known The Information which reveals the main details of Apple’s Virtual Reality glasses. Data based on a prototype already very close to the final product.

Here’s the possible design of this gadget 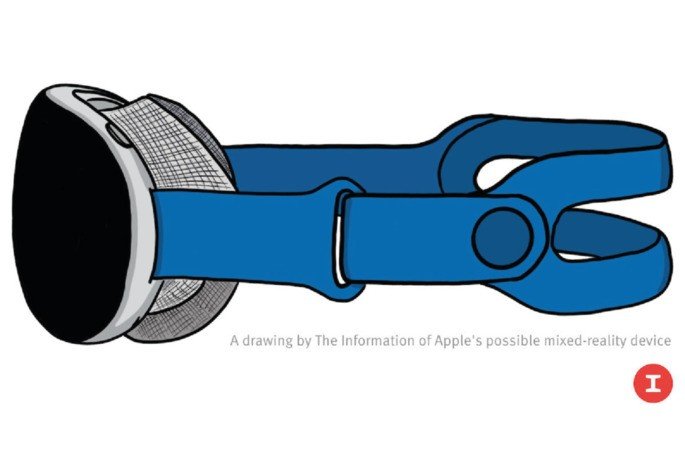 The image above was shared by the source and is based on the prototype of the product to which its source had access. This is described as “elegant and curved visor attached to the face by a mesh material and exchangeable head bands“.

Although the design of these glasses is apparently already defined, Apple has not yet decided on how the user will interact with them. One of the hypotheses may be an accessory that will be used on the finger, thus enhancing an interaction based on gestures.

For that, the device will have more than a dozen cameras. As stated in the first report, these will be preponderant for a faithful tracking of what surrounds the user and his movements.

This mapping does not come by chance, since the source says that Apple’s glasses may be inspired by Microsoft’s Hololens. We are talking about an Augmented Reality device, which mixes the real with the imaginary.

According to Apple employees, these Augmented / Virtual Reality glasses will have the “cthe ability to combine Virtual Reality experiences with games and other applications that use real-life objects around the person using it“.

The highlight of this Apple gadget is related to the resolution of your screens. The door that will take users to a new world will feature two 8K panels, a resolution well above the average of what is currently offered in this market. 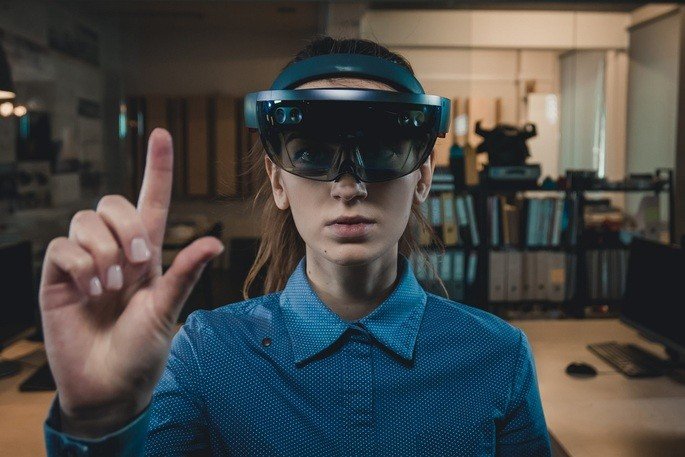 Both panels will feature eye-tracking technology that has been in development for several years. This technology will allow only parts of the screen to be rendered, those where the user is actually looking.

Those in the user’s peripheral view will have a lower rendering. This variation will be important for a better optimization of the computational power of these VR glasses and to enhance their autonomy.

For charging, it is advanced that a cable charging method will be used. The chosen interface was not disclosed, but the hope falls on the USB-C.

Price will drive this product away from the masses

Given the product in question, and its total independence, you should already expect its price to be high. In fact, the data points to a price of $ 3000 in the USA.

Despite being a value that distances it from the masses, it will be slightly lower than some of its most direct competitors. Microsoft Hololens, for example, amount to $ 3,500 and are aimed at the business sector.

The launch of the first Apple Virtual Reality glasses should happen sometime in 2022. It will be the beginning of the company’s path in this niche market, with the arrival of Apple Glass, with a more appealing price, expected in 2023.

This Aukey Webcam, ideal for teleworking and streaming is 29 €

Even an electric pickup, even more weird ideas