DogeCoin was born almost as a joke, but it has been receiving a lot of attention in recent weeks since Elon Musk makes mention of it on his Twitter account.

With a meme as a logo, Dogecoin is several years old, it was born at the end of 2013 at the hands of a former IBM engineer, Billy Markus, who received help from Jackson Palmer, a marketing professional at Adobe Systems.

Markus programmed the Dogecoin wallet and within days 6% of all 100 million DOGE had already been mined. It rose in value by 300% in a few days, but it never stopped being a shadow of Bitcoin and other giants in the sector.

It has not always been going up, in December 2014 it fell by 80%, and the same month there was a large theft of Dogecoins in a hacker attack (all shipments were reaching a static address).

Dogecoin is based on Litecoin

But beware, because Dogecoin was not made from scratch, it is based on Litecoin, and specialized equipment cannot be used for mining Bitcoins.

Litecoin is an open source software project, and it is technically very similar to Bitcoin.

Dogecoin is not a joke

The fact is that although it all started as a joke, as a proof of concept, there are currently thousands of communities dedicated to it, and it appears in important portals specialized in the sector, such as in Cryptoradar, which we talked about a few hours ago.

Elon Musk has been joking about the subject on several occasions, and his latest tweets have sent interest in the coin skyrocketing. 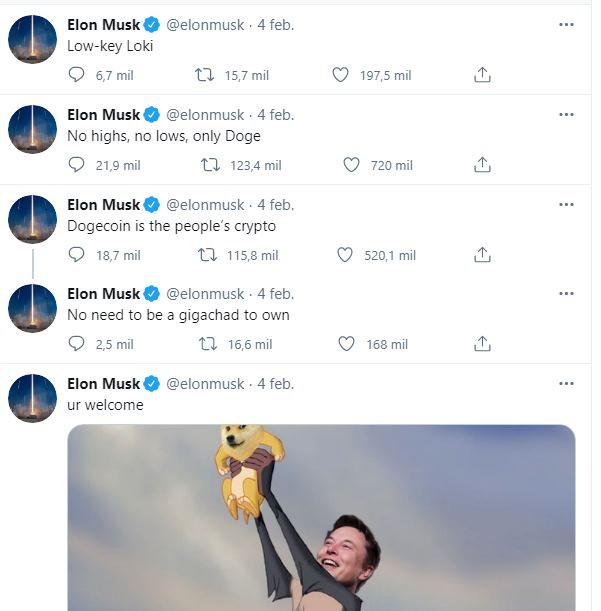 Look at the graph from investing.com with the high in 2021.

How to buy Dogecoin

If you want to buy Dogecoin now that the price is very low, and prevent it from happening as it did in the past, when bitcoin was worth less than a dollar and many people became millionaires betting on the issue, there are several portals that can help with the issue .

1 – Search portals that offer the possibility of buying Dogecoin. To do so, click on cryptoradar.co and select the option “buy” and “Dogecoin” on the right.

2 – Filter by your preferences, such that it is possible to see it in Spanish, that they accept withdrawal and that it is easy for beginners to use, for example. 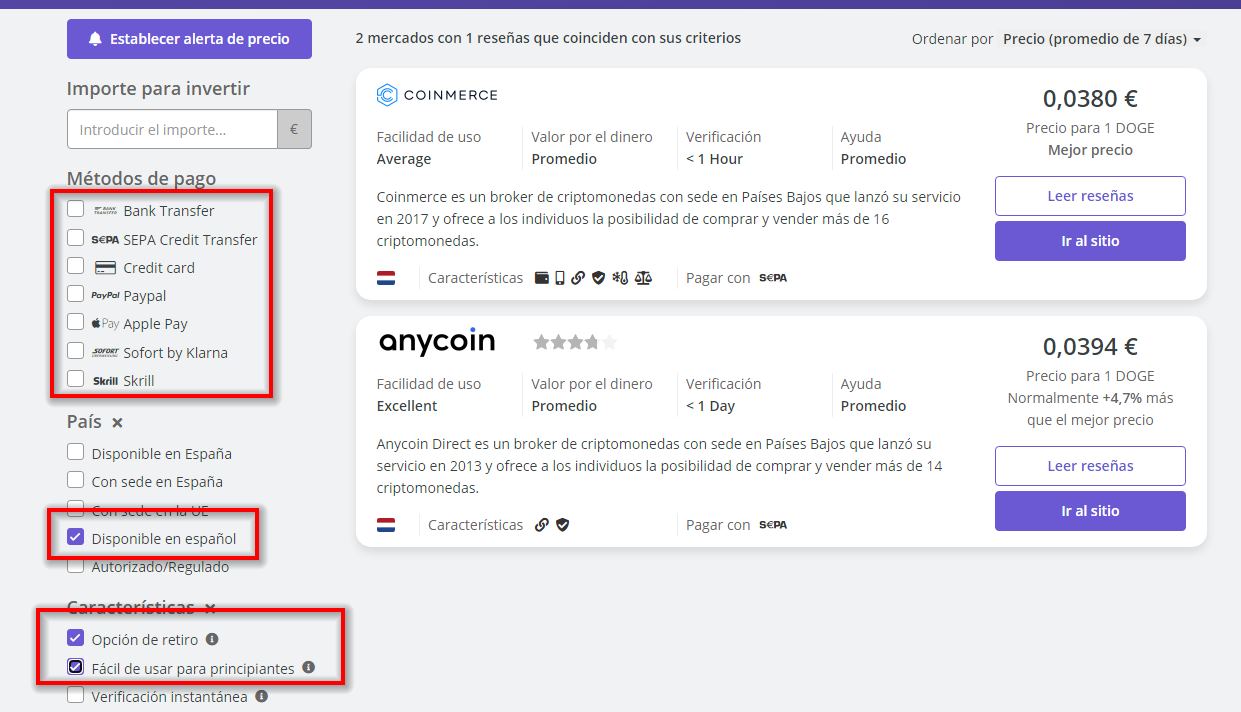 3 – Select the portal that suits the search result. It is important to read the reviews and check that they accept the appropriate means of payment. Each portal has a different system, but all of them are based on the same: create an account, establish the amount of dogecoin that we want to buy and that’s it. It is important to take into account the importance of keeping the access information to the wallet created very secure, since in this case there are no links to “I forgot my password, send it to me by email.” In fact, many millions have been lost in the world by people who they can’t find your password to access your bitcoin.

To choose the best Wallet you can also consult the published information at anycoindirect.eu, where they comment on the pros and cons of each wallet and a list depending on the desired type. From there it is also possible to make the purchase using this link

If you want to save the Dogecoin in an online option, you will have to use a different solution than if you want to save it on a hard drive on your computer. On the anycoindirect list they recommend the use of dogechain.info for the online solution, very basic, since it allows to receive and send Dogecoin, but little else.

Another Samsung with a huge battery introduced itself

Gamers would lose around 912 hours of sleep per year