Aqara launches a new camera that also doubles as a hub. The camera is an intelligent network camera that you can use as a pet or baby cam or to stalk your family, for example. Information on a new model has now appeared in the depths of the Internet under the name G3. 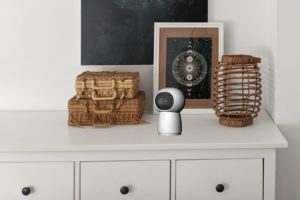 The camera models Aqara G2 and G2H are currently available for purchase. As the letter H suggests, the G2H model can be integrated into HomeKit. Therefore, it could be interpreted from the new model name G3 that Aqara G3 will not offer HomeKit support. However, it cannot be ruled out that a HomeKit-compatible device with the designation G3H will be launched at a later date. Aqara devices can communicate via ZigBee 3.0. You will probably have to be patient, as Aqara only recently launched the G2 and G2H.

* What the asterisk means: For links marked with a *, we receive a commission if a booking or a certain promotion is made via the linked provider. There are no additional costs for you. We do not receive any money for simply setting the link.

Game of Thrones to invest Broadway with a play

Artificial intelligence to transform photographs into drawings, free and from the web