Bang & Olufsen wants to prove that modular technology can succeed in the market. Where most have failed in the past, the luxury maker now introduces Beosound Level, a new loudspeaker that promises to be easy to repair and upgrade in the future.

The user will be able to expand the capabilities of this product if they wish and, although modular, the Bang & Olufsen Beosound Level does not compromise any aspect, from design to build quality and of course, the loudness emanating from the loudspeaker.

Modular technology has never been successful in this consumer market. We had attempts, some noble ones like Motorola’s with the Moto Z line in which the user could expand the capabilities of the smartphone when buying new Moto Mods for the occasion.

The manufacturer owned by Lenovo had some success with this implementation, launched several generations of Moto Z. Among the accessories there are cameras, projectors, battery packs, speakers, among others. However, now they are mostly in the used car market, sold at a low price to sell the stock.

And, of course, we cannot ignore the most striking example – Project Ara. With the hand of Google, the project challenged smartphone builders to create building blocks that users could buy to assemble and improve their smartphone.

Will the Beosound Level succeed where Ara failed?

It was one of Google’s biggest fiascos, although it doesn’t compare to Google Glasses, but both ended up in the same drawer, forgotten in the annals of history. Although, in the opinion of this author, the appearance of the modular smartphone from Ara was something not very pleasant, quite massive and losing some of the “blocks” of the smartphone was too obvious a reality.

The idea behind Ara, Moto Mods and other modular products was genuinely healthy. They allowed to create more personalized final products, delivering the choice to the user. The market, however, would put an end to it more or less quickly.

It is precisely here that the Bang & Olufsen Beosound Level can make a difference. Combat the modular mediocrity of solutions hitherto available on the market, or only in the concept stage.

If the product is good and brings real benefits to the consumer, it is perfectly plausible that at least it creates a niche for itself. In this case, in the segment premium and with the modular concept applied to something that seems to make sense.

Beosounds are built to last

See the following. Although the Bang & Olufsen Beosound Level is a small and expensive loudspeaker, it can create a basis for future implementations and modular solutions, this type of items being made to last. And, by being modular, they can escape obsolescence as long as they are effectively updated and improved. 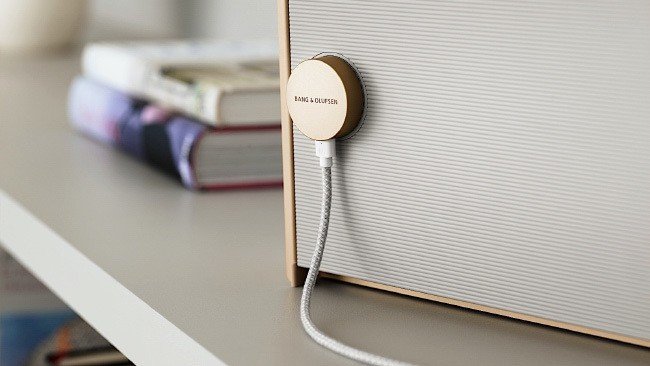 The user can replace or add new components to this speaker. See, for example, the possibility of changing the product’s battery, something extremely rare in the loudspeaker segment, normally sealed for the consumer.

The user can also exchange, or add the connectivity module. In practice, it is the Bluetooth and Wi-Fi antenna that can be used to make streaming for this loudspeaker and, since the WiFi6 and Bluetooth 5.0 standard will not be the latest technology forever, when we can exchange this module, we are given the possibility to extend its useful life.

This, of course, if the manufacturer provides such components in the future, but it is a good start. Its price starts at 1249 € on the brand’s website and store.

Finally, what really excites me in this product is the implementation of the modular philosophy, yes, but above all the design and quality of construction.

It is a luxury product that applies one of the most utopian ideals in the industry, being able to mark a position and lead other manufacturers to follow this example.

Xiaomi Mi 11 in live stream and ticker: Here you can see the global launch

Monitoring of social networks by the tax authorities: the details are becoming clearer

About headphones that translate what they hear

An app with interactive videos to learn from your mobile