Published on Sunday February 7, these new anti-monopoly laws complete an already existing project presented last November. After establishing a first regulation aimed at reducing the power of the country’s large technology companies, these additions made by the State Administration for Market Regulation (SAMR) aim to prevent multiple monopoly behaviors, ranging from technological restriction to market manipulation. Thus, for example, companies will be prohibited from freely setting the prices of their products, or from forcing traders to deal exclusively with a single sales platform.

Aliexpress in the crosshairs of justice

An ambitious fight for the country, which particularly targets certain e-commerce giants, such as the company Alibaba and its platform Aliexpress, owned by the Chinese billionaire Jack Ma. The group is also already targeted by a government antitrust investigation, following the suspension of its $ 37 billion IPO plan recorded on another subsidiary Ant Group. The company is obviously not the only one concerned. Other tech giants targeted by these new antitrust laws include JD.com, and Tencent’s WeChat Pay.

Apple, the big winner in history?

If Apple is one of the great web giants on a global scale, its role is much less important in China, recalls the Apple Insider site. The company must compete with historically more present services, such as AliPay and WeChat Pay, which are still used much more today thanApple Pay in the country. These new regulations could therefore be beneficial to the Apple, which could use the situation to its advantage to impose itself more on the market. 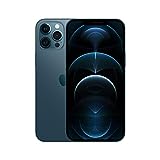 Xiaomi Mi 11 will arrive at the end of March

SwitchBot can now also be controlled via Homebridge in HomeKit

Microsoft Surface bluetooth headset with ANC is half the price