After SFR and Bouygues Telecom, it is the turn of Stéphane Richard’s company to increase the prices of some of its packages in exchange for more data. It is however possible to refuse this rate change.

Like many operators before her, it’s the company’s turn Orange to increase the price of some of its packages. As reported by several subscribers on social networks, the operator has announced that its subscription Open 10 GB Fiber now increased to 40 GB, at an additional € 2 per month billed from March 5. An automatic increase in exchange for an enrichment of data that it will however be possible to refuse, reassures the telecoms giant. Unlike Red by SFR and Bouygues Telecom, recently pinned for their increases without possibility of refusal on the part of users, Orange wanted to play the transparency card with its subscribers, by allowing them to “Return at any time to the initial offer”, until April 7, directly from the customer area or from the Orange and me mobile application.

As the Univers Freebox site rightly points out, the General Directorate for Competition, Consumption and Fraud Control does not prohibit automatic rate changes by telecom operators. The only prerogatives: to inform consumers at least one month before the price change, and to propose improvements to the subscription linked to telecom services.

By automatically increasing the price of certain offers in exchange for more data, Orange is no exception. However, the company attracted less criticism from users, because unlike SFR and Bouygues Telecom, it allows very easily to cancel this option for already subscribed customers who do not wish to benefit from a data extension. For the moment, only Free has not yet given in to automatic price increases. The operator has also integrated 5G at no extra cost to most of its offers existing. 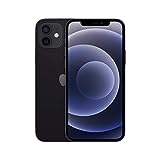 ROG Phone is expected in several versions again this year

Upscale, to enlarge images up to 8x for free

Instagram improves the viewing experience of Stories on the desktop

Visiting two Redmi K40s and one this year’s Mi 10