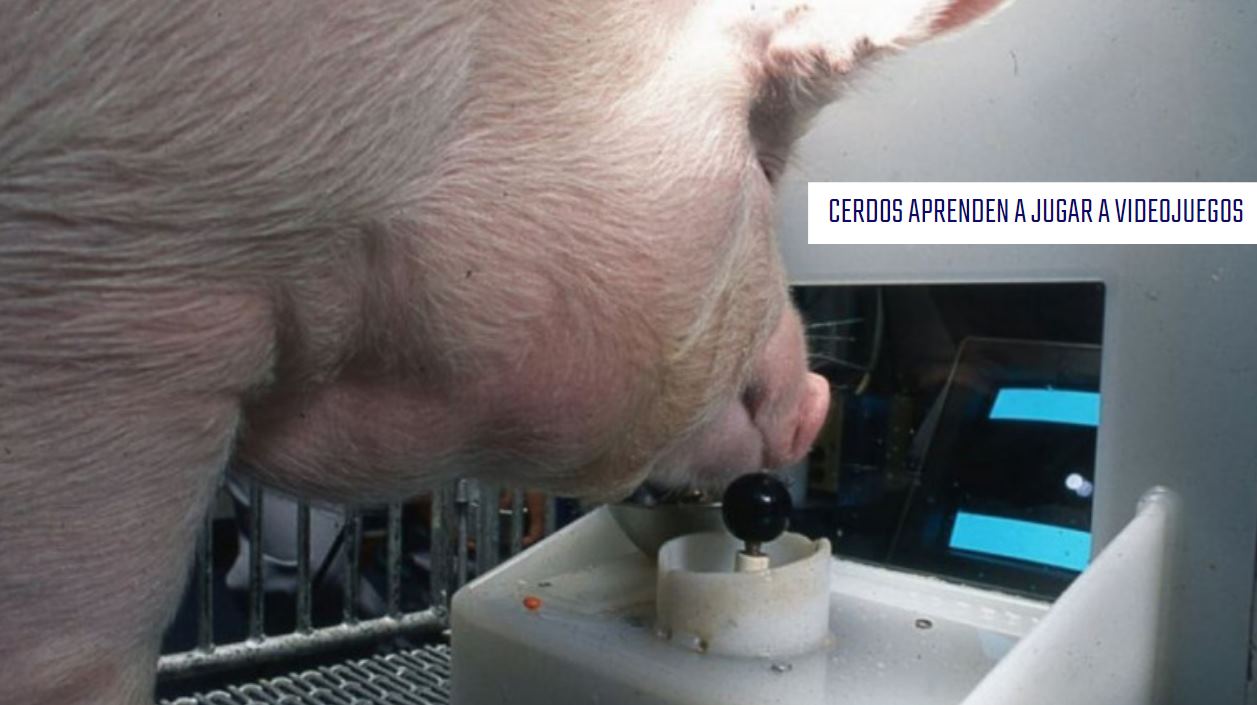 From time to time studies are done on certain species of pigs that have spectacular results. It is considered one of the most intelligent animals on the planet, and this new study proves it even more.

Apparently certain species of pigs have such impressive mental and behavioral flexibility that they are capable of moving a joystick to direct a character within a game.

The study was published in Frontiers in Psychology, and shows how a group of 4 pigs of different species moved the joystick with their snouts to move a cursor to four targets on the screen, nothing very complicated, but not something that can be done randomly.

This study is a new step to know what they are capable of learning and how that learning can affect them.

Dr. Candace Croney, professor at Purdue University, is responsible of the study. She commented on the details of how they did it, using food as an incentive when training the pigs. The point is that even when they were not given treats, the pigs still showed understanding when responding to the verbal and tactile signals of the trainers. It even turned out that only verbal stimulation worked for the pigs during the especially difficult parts of the tasks, meaning they understood what they were saying and acted smoothly.

One of the first studies conducted was in 1997, conducted by Stanley Curtis of Pennsylvania State University, which also involved pigs trained to use joysticks to complete a game. The data from these studies will be combined to shed more light on a topic that has long been on the table, the intelligence of pigs, and the effect that topic may have on the relationship humans have with these animals.

HomeKit for the Smartlock is imminent

Visiting two Redmi K40s and one this year's Mi 10

The Seagate One Touch 5TB external hard drive is 98 euros

BMW Digital Key is to be upgraded