From the outset, the proposal is somewhat shocking. Probably, because of science fiction stories, more than one person might be suspicious of the idea of ​​implanting a chip in the brain.

However, a group of Korean scientists is betting on this technology, stating that this solution could help fight certain diseases that pass through the brain, such as Parkinson’s disease, depression and drug addictions.

“Reconfigure” the brain through a chip 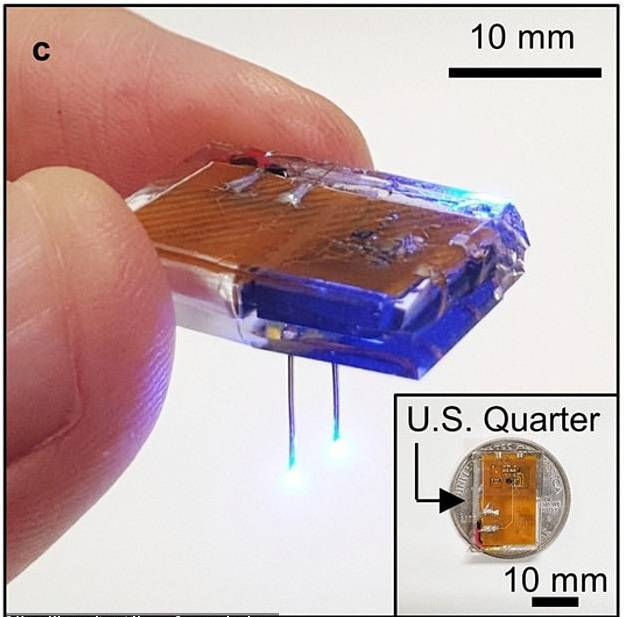 This invention was presented by a team from the Yonsei University School of Medicine, South Korea. The device in question is a chip about the size of a small coin (compared to a 25-cent dollar chip), which is installed in the specific region of the brain that is being treated, depending on the disease that is being treated seeks to heal.

So far, the first experiments carried out with rats presented advances in the cure of addictions. That first positive antecedent paved the way for the establishment of studies that are preparing the execution of future clinical trials that would eventually allow the scope of other diseases such as Parkinson’s or depression to be expanded.

«The fact that we can control a specific behavior of animals, by stimulating light in the brain with a simple manipulation of the smartphone application, seeing animals that move freely nearby, is very interesting and stimulates a lot of imagination.“, Said Jeong-Hoon Kim in statements collected by the Daily Mail.

Considering that the brain remains active thanks to waves composed of electrical impulses, the chip is responsible for inducing small charges of light to this organ, to correct certain behaviors from their neurological genesis.

All operation of this device is managed through a smartphone with Blutetooth technology. Through this means the orders are transmitted to carry out their work.

The light pulses emitted by this small chip are released through a series of built-in LEDs that do not exceed the size of a grain of salt each.

In general, devices that are inserted into the body require periodic maintenance. A common example of this is the cardiac pacemaker. This brain chip, on the other hand, makes things easier by allowing its maintenance to be managed wirelessly, reducing the risks that a new intervention on the head would entail.

Considering how delicate are the surgical interventions in the brain, the only surgery required for the implementation of this device is one, at the time of installation. Subsequently, it is not necessary to carry out large periodic maintenance or battery replacements, as this system incorporates a charging technology that converts the same Bluetooth signals that it uses to communicate into alternating current.

The technical details and scientific rationale presented with this research are available at a Article published by Nature Communications magazine.

A look at the new generation of LG InstaView refrigerators

An application that will help you organize your day to day

the festival is postponed to July because of the health crisis