Pending the announcement of a OnePlus 9, the 8T is the latest high-end from the manufacturer. It is now on sale at Aliexpress at only 479 euros with fast delivery from France. 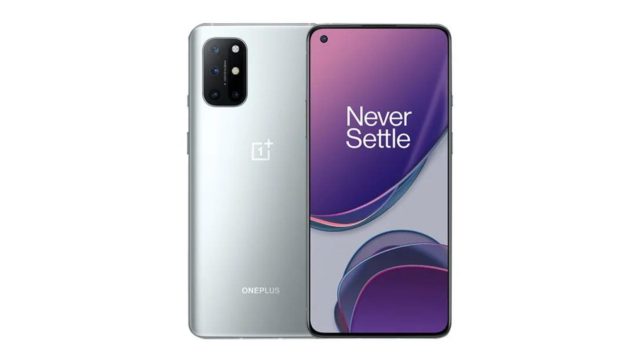 A flagship killer like the OnePlus 8T for less than 450 euros, difficult to do better in terms of value for money. With its sublime screen, a lot of power under the hood and a very muscular autonomy, this phone has everything of a very large. While it is regularly offered at a price of around 600 euros since its recent release in October 2020, it now goes to 479 euros at Aliexpress.

Find the OnePlus 8T at 479 euros at Aliexpress

The OnePlus 8T in detail

The OnePlus 8T is a high-end phone equipped with a 6.55-inch OLED screen, offering a definition of 2400 x 1800 pixels. There is a refresh rate of 120 Hz, perfect for total fluidity in your navigation, but also in your video games. The screen panel also supports HDR10 + and offers a pleasant experience in multimedia content. Under the screen, the manufacturer has chosen to include a fingerprint sensor that will allow you to easily unlock your terminal.

This phone also stands out with its great raw power, bestowed mainly with its Qualcomm 5G compatible Snapdragon 865 chip. Coupled with 8 GB of RAM, it will allow you to easily launch all demanding applications as well as 3D games in their maximum settings. You will therefore not suffer from slowing down during your navigation.

On the photo side, OnePlus uses the sensors of the latest models in the range while reshaping the replacement. Exit the line of cameras in the middle of the back, OnePlus aligns with what the competition does, namely a rectangle at the top left. While there are four cameras, the two main ones are a classic wide-angle and an ultra-wide angle. No telephoto, but a macro and a black & white. The shots are generally successful, especially days, with many details and especially an Ultra Stabilization mode which now supports 4K resolution at 30fps.

The phone comes with Android 11 under the OxygenOS interface, which has been praised (rightly so) by critics and consumers. With its 4500 mAh battery, the OnePlus 8T is able to last more than a day with intensive use. If necessary, the fast charge with a power of 65 W via its USB C charger allows it to recover more than half of its autonomy in a quarter of an hour.

Find the OnePlus 8T at 479 euros at Aliexpress

Chrome is testing new features to deal with many open tabs

Lessons are launched to raise awareness about the environment through Minecraft

Meizu is celebrating with a three-day party

Samsung Universe: EdisonKids is looking forward to your ideas