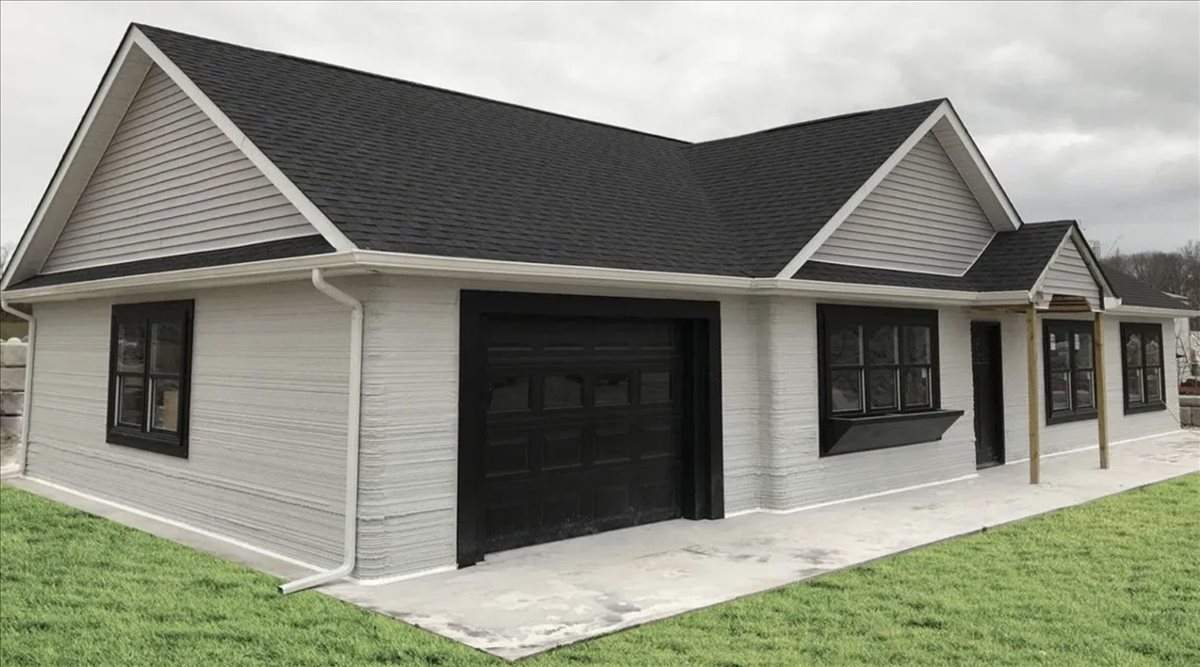 We have already seen in the past how 3D printing is capable of constructing buildings of various sizes, including a whole neighborhood in Mexico.

Techniques are being perfected, and printed house designs are becoming more and more striking.

It is now the SQ4D construction company the one that shows what they are doing in Calverton, New York, using a technique by 3D printing everything, including the foundation of a house.

What they printed is the foundations, floors and walls, all of which were done by a gigantic 3D printer that is said to have taken around 48 hours to finish the job.

The entire process, including building the rest of the house, took around 8 days in total, at a cost 30% cheaper compared to building a house of that size using more traditional methods.

The home was created as a demo, but now the company is putting one up for sale: a yet-to-be-built home in nearby Riverhead, for $ 299,000. With a separate garage, the house will cover about 130 square meters.

In the past we have seen how it is possible to 3D print a concrete barracks in just 40 hours, but in this case we are talking about a “mid-range” house in a noble part of the United States.

Let’s hope that in the future they will be able to reduce prices further so that housing is more affordable and does not pawn people for decades of their lives.

of employees masked their accounts for fear of reprisals