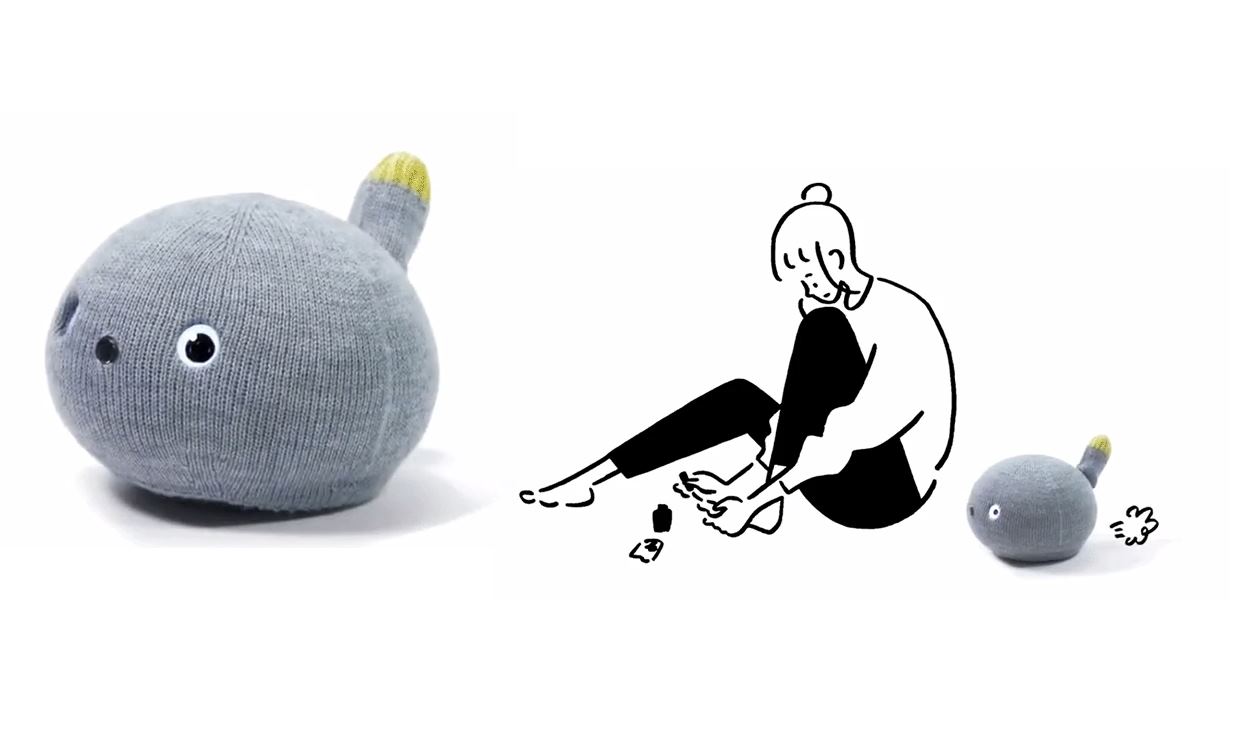 Panasonic launched a crowdfunding campaign that was quite successful, enough that the Nicobo robot was transformed into a real product to keep its owners company.

It looks like a ball in a sock, it has animated eyes and wags its tail, in addition to being able to turn on itself and repeat much of what we say.

Developed in conjunction with robotics researchers at Toyohashi University of Technology’s Michio Oka Laboratory, Nicobo also includes a camera to recognize faces, multiple directional microphones to recognize voices and turn to pay attention, touch sensors to know when it is being touched or hugged. , and a light sensor to go to the Sun to take a nap.

The idea of ​​the robot is to offer company, but it also performs unexpected actions, such as farting, for example, something that may make sense to anyone looking for an artificial animal for companionship that is as “natural as possible”.

Panasonic only wants to make 320 units, and has already sold them all for $ 360 each. They are not on the market yet, but from the crowdfunding website they already make it clear that there are no more units available (they sold out in just six hours).

The companion robots They are increasingly common, and can help a lot to seniors who have absolutely no one and who see how their day to day is filled with a lonely routine that is difficult to combat. As long as humanity does not change its principles in this regard, robots will continue to fill holes.

Magic Castle, a game developed for the PS1, has finally been released