The iPhone 11 is a phone that was unveiled at the end of 2019. While it has since been replaced by the iPhone 12, it remains one of the best models on the market, with one of the chips the most powerful, still today. It is available in promotion, at 649 euros at Rakuten. 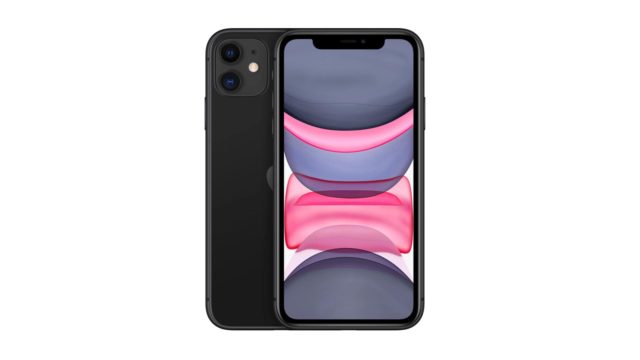 Thanks to the promotional code RAKUTEN30, you can treat yourself to the iPhone 11 at 649 euros instead of 859 euros. Excellent value for money for one of the best cell phones on the market, which features the A13 chip. You also accumulate 19.47 euros in the form of Super Points to redeem on a future purchase. To take advantage of it, you will need to join the Club R.

The iPhone 11 in detail

Since its release in fall 2019, the iPhone 11 has remained one of the most attractive value-for-money Apple phones. It must be said that Tim Cook’s firm has focused on a well-balanced device, certainly more than the Pro versions. This model notably offers a 6.1-inch Retina LCD screen, not OLED like its big brothers. However, the LCD panel is very well made and is particularly bright.

One of the great strengths of this iPhone 11 is its Apple A13 Bionic chip, which is certainly less powerful than the A14 of the iPhone 12, but still more powerful than the vast majority of its competitors in the Android world. Whether in greedy video games or in applications requiring computing power, the phone will respond and be able to run everything in the best conditions, and this for several years. In addition, this is the 128 GB model, which will allow you to store everything to the application and media.

As for the photo part, this is clearly not the strong point of this device, which remains very correct. There is a double sensor, including an ultra wide-angle, which allows you to take pretty pictures, especially during the day. A night mode is also present. Finally, the iPhone 11 brings a fairly solid autonomy, especially compared to previous generations, and is compatible with wireless charging.

You will find all the details in our iphone 11 test.

If you want to get the iPhone 12, note that it is also promoted for its 64 GB version. Usually offered at 900 euros, it now falls to 749 euros using the same promotional code ” RAKUTEN30« .

New cell phones in 2021: That's what Xiaomi, Samsung, Huawei and Apple are planning