Paris City Hall confirmed last week that it had reached an agreement with telecom operators to authorize the deployment of the new 5G mobile standard in the capital.

Parisians will soon be able to take advantage of the 5G. At least that’s what the Paris City Hall formalized on Friday, after the signing of a “New Parisian charter for mobile telephony” report our colleagues from BFMTV. Signed by Bouygues Telecom, Free Mobile, Orange and SFR, the text must still be voted in March during the next Paris Council. It could however allow “The commercial launch of 5G in the capital in the coming weeks” ensures the Town hall in a press release.

5G, largely absent from the capital

Since its launch in France at the end of 2020, 5G is already benefiting several major cities in the country. However, the new mobile standard is still absent from Parisian networks. The City Council indeed asked the various operators to commit to a certain number of points before authorizing the deployment of 5G in intramural Paris. Thus, the signatories of the agreement have agreed to play the card of transparency, in particular with regard to the protection of personal data, energy consumption or even wave emissions linked to 5G. For its part, the ANFR (National Frequency Agency) announced the installation of sensors intended to control exposure to waves. Beyond Paris, the agreement also stipulates that operators must “Facilitate access for all to telephone services and digital inclusion (…) through the Housing Solidarity Fund or any other device”.

If the Paris Council validates the launch of 5G, it is therefore in the coming weeks that Parisians should be able to benefit from the new ultra-high-speed mobile standard, which promises lower latency and download time significantly greater than 4G. 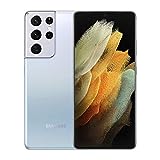 Samsung is expected to make questionable decision on its next smartwatch

You can now give a bouquet of LEGO flowers!