At the Television Critics Association press conference Apple unveiled its upcoming audiovisual productions. The streaming platform plans several series, which will be broadcast in the coming months.

Apple TV+ will expand its offer, with new films and series. During the Television Critics Association press conference, the platform gave a first glimpse of its new productions. We will find in particular the series Mythic Quest, for a second season.

In 2020, Apple released one of its first original comedies. Mythic Quest promised to explore the world of work, in a studio responsible for the development of a video game. A year later, the heroes of Mythic Quest will be back for a new episode burst. From next May, it will be possible to discover the second season of the series by Rob McElhenney and Megan Ganz. In the cast, we will find Rob McElhenney in the role of Ian Grimm, Danny Pudi in that of Brad and Charlotte Nicdao in that of Poppy. As the lockdown has just ended, all employees are back in the office. Trying to build on the success of Raven’s Banquet, Ian prepares for the launch of an epic new expansion. But he has to deal with Poppy, recently promoted to co-creative director.

Apple TV + will adapt Paul Theroux’s novels: Mosquito Coast. The series of Neil Cross will follow the adventures of a father, disappointed by the United States, who decides to take his family to Latin America to make his fortune. In the casting, we will find Justin Theroux in the skin of Allie. The latter is none other than the author’s nephew. He will face Melissa George (The Eddy), Gabriel Bateman (Child’s Play: the evil doll) and Logan Polish.

Stephen King’s imagination will once again be at the heart of an audiovisual production. This time Apple is tackling Lisey’s story, a horror novel published in 2006 in the United States. It tells the story of the widow of a writer who has to deal with her sister’s illness and the harassment of which she is the victim. She finds herself immersed in a strange treasure hunt, left on the desk of her late husband. The series written, by the novelist himself, will be able to count on a 5-star cast. Thus, the main character will be played by none other than Julianne Moore (The Fugitive). The actress will give the answer to Clive Owen (The Knick), Joan Allen (Room) et Dane DeHaan (The Amazing Spider-Man). Sung Kang (Power) will also be part. In the production, Pablo Larrain will officiate, in collaboration with JJ Abram’s production company: Bad Robot.

“In the 1980s, on the California coast, a depressed housewife regained physical and mental energy through the popular practice of aerobics. “ This is the synopsis for the new drama seriesApple TV+. Directed by Annie Weisman, screenwriter of some episodes of The Bold Type, Physical will feature Rose Byrne (Spy). The actress will give the reply to Paul Sparks (Castle Rock), Rory Scovel (I feel Prettyand Lou Taylor Pucci (You). 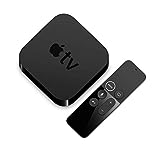 Meet the Euclid e-bike, the electric bike inspired by the father of geometry

A simple but interesting 3D scanner that triumphs on Kickstarter