Home » Smartphone » Oppo Find X3 Neo: this is what this future bestseller should look like

The intermediate device of the future Find X3 range from Oppo is unveiled, and it could very much look like another device of the brand, the Oppo Reno 5 Pro +, already launched in Asia. 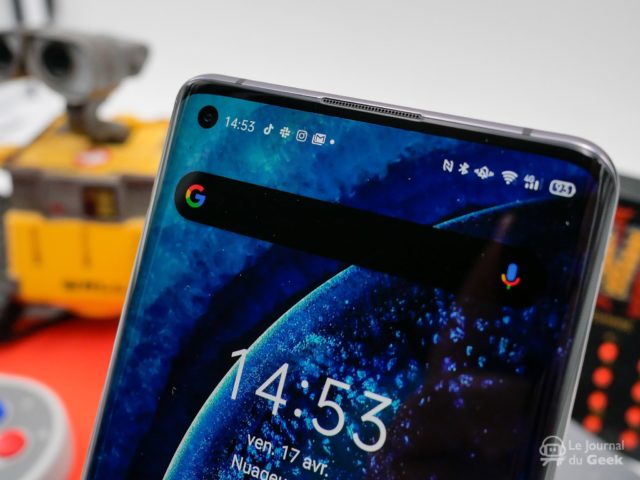 Like last year with its Find X2, Oppo should decline its Find X3 range in three models, Lite, Pro and Neo. While the announcement of these new smartphones is expected in March, the “standard” model of the range, the Oppo Find X3 Neo, is revealed in the columns of the Dutch media New Mobile. According to them, this smartphone should only be a rebadged version of the Oppo Reno 5 Pro + 5G, with which it would share the same design. The latter was launched at the end of last year in Asia, but it could be that the Oppo Find X3 Neo differs all the same inside, on the side of its characteristics.

As can be seen from these images unearthed by New Mobile, the Oppo Find X3 Neo would opt for an OLED panel curved on the sides and punched at the top left. If it takes the panel of the Reno 5 Pro + 5G, this screen should benefit from a refresh rate of 90 Hz, and the punch would house a 32 MP selfie sensor. The Reno 5 Pro + 5G benefits from a Qualcomm Snapdragon 865 SoC and four photo sensors on the back including a 50 MP main lens, all contained in a photo block arranged vertically. The smartphone also has the manufacturer’s SuperVOOC 2.0 recharge, which allows it to be recharged at the speed of 65W. We could logically find all these characteristics on the Oppo Find X3 Neo, if New Mobile hit the nail on the head.

According to Evan Blass, a leaker who often shares good information, the Find X3 range should be announced in March by Oppo, or early April at the latest. He also imagined a rendering of the Oppo Find X3 Pro, the future flagship of the range (below). The Chinese firm had also teased an upcoming event in March on the Chinese social network Sina Weibo, which suggests that the Find X3 will be unveiled at that time.

Oxenfree in the process of being adapted for television

WandaVision is directly after Avengers Endgame

Byte, Vine’s successor, was sold and will be merged with similar app