Xiaomi launched into televisions last year and prices are dropping, like this 65 version of the Mi TV 4S offered at 599 euros instead of 699 euros at Darty. 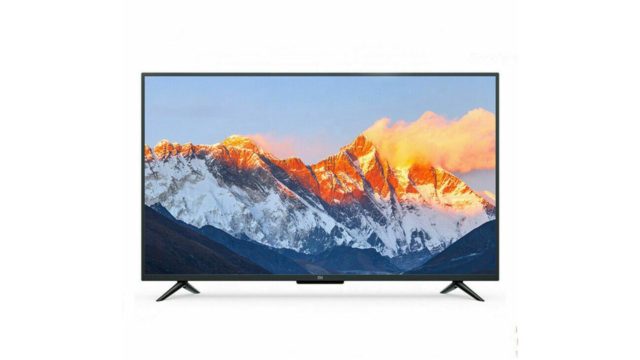 With its televisions, Xiaomi pursues the same logic as with its smartphones: the right technologies, at the right price, and without frills. This is exactly what the Xiaomi Mi TV 4S does, which can be found today with a reduction of 100 euros at Darty in its 65-inch version. This 4K HDR LED TV drops at 599 euros instead of 699.

The Xiaomi Mi TV 4S from Xiaomi rather entry-level, but which still retains some more high-end finery. This 65-inch version is not exuberant in terms of design, but it certainly remains pretty with its frame of metallic finishes. This model, released in summer 2020, unsurprisingly offers a 4K (3840 x 2160 pixels) LCD (VA) panel with LED backlighting. It is also HDR and HDR10 compatible. The scanning frequency remains limited to 60 Hz, which will not make it the best ally of the next gen consoles, but the latter will obviously work without problem on it, you simply will not be able to take advantage of the 120 frames per second offered by the consoles on some titles.

The audio part consists of two 8 W speakers, which are compatible with Dolby Audio and DTS HD. They will be sufficient for everyday life, but if you have ambitions on audio, we will recommend that you opt for a sound bar.

This television also has its operating system as an argument: it runs on Android TV, in version 9.0. Not only does this offer access to the Google Play Store and its hundreds of applications, but also Google Cast and Google Assistant features, as well as a very nice interface. After an uninviting start, Android TV is now among the best interfaces for smart TV. The connection is classic with 3 HDMI 2.0 ports (including 1 with ARC compatibility), 1 optical port, 1 Ethernet port, 1 jack port and 3 USB. The TV is compatible with Wi-Fi, Ethernet connection and Bluetooth 4.2.

Nokia 5.4 has also started at home

Amazon Alexa is smarter and can guess your wishes!

How to buy DogeCoin and listen to Elon Musk