There are many projects that have wanted to compete with Slack in the workgroup messaging segment, without being able to stand out to date. Today comes a new proposal from Ludwig Pettersson, former creative director of the payment platform Stripe and former OpenAI worker, who has always maintained a focus on simplicity and ease of use, now reflected in Quill , the new workgroup messaging platform, now starting to compete with Slack.

And is that Quill was born today, after three years of development, with the idea of ​​being above Slack, offering most of the usual functions, but with a focus and mission that avoids distractions and annoyances throughout the workflow.

We get tired of having to read thousands of messages every day to keep up, so we created a way of chatting that is even better than the way we already communicate in person. A more leisurely way to chat. That’s what Quill is about. 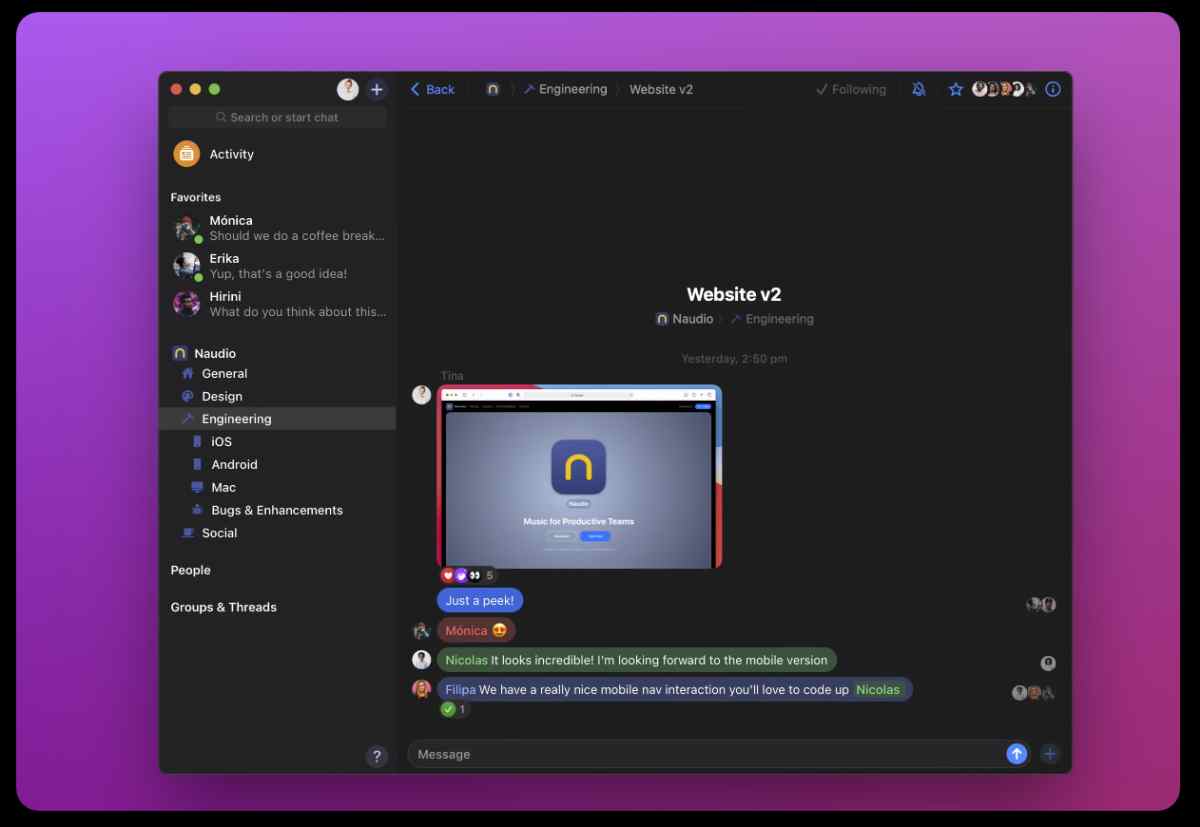 And while it maintains the functions expected of this type of service, such as channels, mentions, reaction emojis and fixation of important messages, among others, it does add some differential elements, such as structured channels, to make each conversation « have your thread from the beginning ”, reducing notifications to just those things that are important or critical, and keeping the conversations active in front of the rest first.

Quill also allows participation in video calls while still maintaining text conversations in parallel, and also allows interactions with third parties (outside the team or group) through SMS or email messages, without them having to have a user account on the platform.

It also has granular controls, which allows you to establish which conversations the different members of the same team can participate in, as well as social channels, direct messages, and more, being present as an application both on the web and in macOS, Windows, Linux, iOS, and Android.

As they point out in TechCrunchIt also works to bring a voice channels function similar to what the app offers Clubhouse, as well as to bring end-to-end encryption, content searches, and user profiles.

Quill has a free first plan for personal use, to keep in touch with friends, with social groups or for projects, offering the Pro option for teams, startups and small companies, with the next-arrival Enterprise option for medium-sized companies. and large companies.

If you want to give it a try, you can start by accessing your website.

This unfinished Nintendo 64 title has just leaked in a playable version!