The latest update of Telegram brought with it a large collection of novelties. These include the implementation of new systems for the self-deletion of messages and invitation links, among other improvements.

These improvements come at a good time for the courier service. A recent controversy, with misunderstandings included, that was unleashed around WhatsApp and the update of the privacy policy of its Business variant, fueled the growth of alternative applications, among which is Telegram. 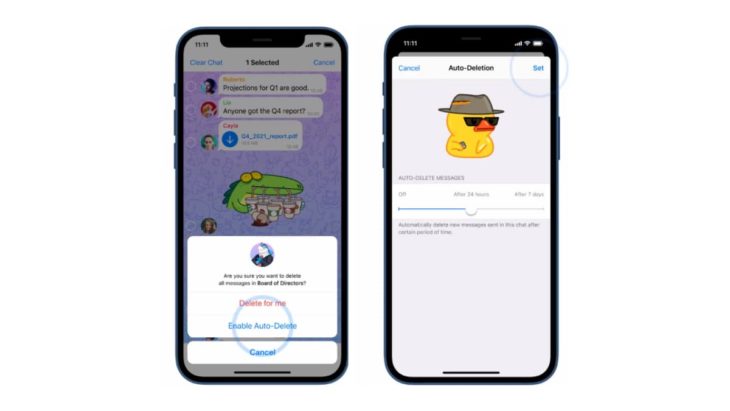 We met this function a few days ago via Telegram’s beta application, but it is now officially implemented. It is a self-deleting message timer in all your Telegram chats. With this function it is possible to automatically delete messages for all participants in a conversation within 24 hours or 7 days of having sent them.

Unlike a similar function, existing in Telegram in 2013 with secret chats, this function does not apply to a complete conversation nor does it require the creation of a separate communication instance, since it is now possible to eliminate the trace only of certain specific messages in any chat, keeping the rest.

This new selective self-deletion mode starts its countdown after the timer has been set, unlike secret chats, where the time count starts once messages are read.

Those messages subject to an “expiration date” set through this dynamic will show a countdown with their validity time. The timer can be checked by tapping on a message on Android or by holding it down on iOS. 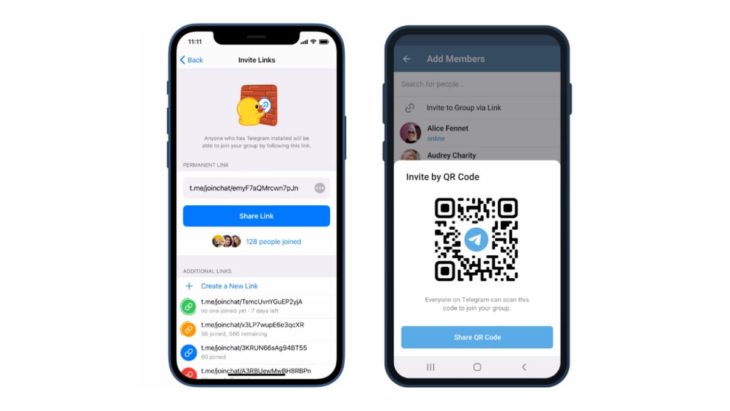 Links are one of the simplest and most practical ways to spread an invitation to a group chat or broadcast channel. Telegram, in addition to offering the possibility of issuing invitations through a main link, has now implemented a parallel mechanism, exclusively for owners and administrators, which allows creating additional links with defined limits regarding the number of uses and / or their duration.

Additionally, the possibility of converting these invitation links into QR codes is now also available, to add to printed publications or other related instances.

Also, it is now possible to monitor which users joined using each invitation link, to track the origin of new members or to evaluate the effectiveness of the different communication strategies eventually applied.

End to the limit of members in groups and more news 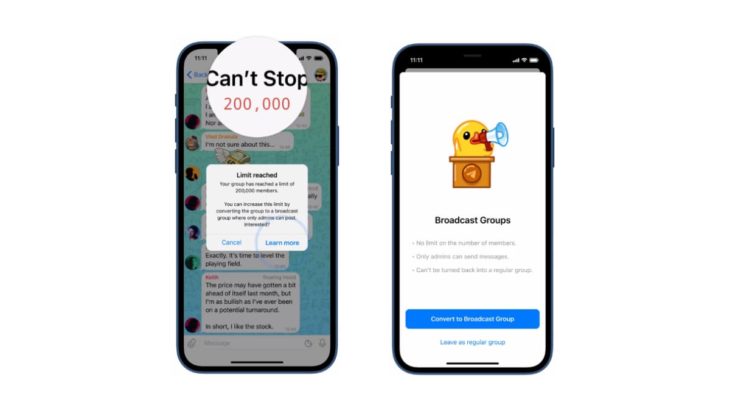 Telegram groups have a maximum capacity to host up to 200 thousand members, a figure considerably higher than the 256 members that WhatsApp groups allow at most.

Although, strictly speaking, this limit was not eliminated, this new update offers an alternative for those groups that are close to reaching the limit. These can now be turned into broadcast groups that allow unlimited members, through a migration mechanism that saves the tedium of starting from scratch and provides a additional instance of dissemination and communication for business and large communities.

All the improvements of the last Telegram update are listed in the blog of the messaging platform. In addition to the functions outlined, new widgets were added for Android, improvements in the reporting system, a new chat import system and the implementation of new animated emojis.

OnePlus Watch is official. Elegance at an attractive price

A solution to add Google Services to modern Huawei phones