Since its release at the end of 2020, the new generation of home consoles have struggled to establish inventory online or in stores. The variation of the Xbox Series X, the Xbox Series S, is now available in a pack at 334.99 euros on Cdiscount. 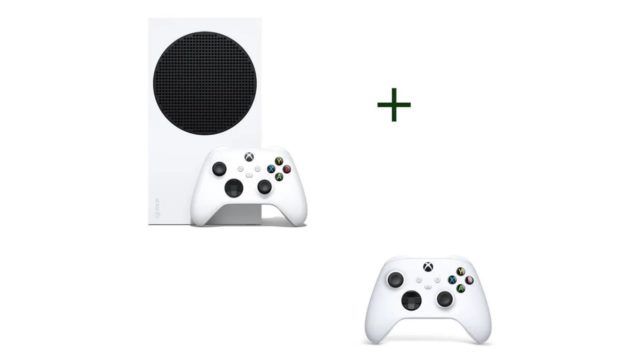 The Xbox Series S is a next-generation home console that aims to aim for 1440p definition while running all future video games. It is delivered here with 512 GB of storage, and an additional 2nd controller. Normally priced at 360 euros, the set comes here to 334,99 euros, and is available in stock, whether for home delivery or pick-up the next day.

Unlike its big sister, the Xbox Series S home console is a fully digital model. It therefore does not include a physical drive, and the entire catalog can be found online. This gives it the advantage of being much more discreet, less imposing, and especially of having a much lower price (100 euros less).

This new generation console is able to run all the video games that will be released during the year 2021, but also those of the next generation. Some concessions have been made in terms of the power of the device, which is limited to a definition called “2K”, that is to say of the 1440p. For the majority of people, this is more than enough, and above all it will allow you to run properly on a PC monitor.

The game console is delivered here with a storage of 512 GB, which will allow you to store your favorite games, which you can always uninstall / reinstall in droplets. On the connectivity side, there is an HDMI 2.1 port, 3 USB 3.1 Gen 1 ports, the dual-band 802.11ac WiFi standard, an Ethernet port and a dedicated dual-band Xbox wireless radio.

Finally, this pack includes 2 Xbox Series game controllers, the new version / evolution of the Xbox One controller. They are both wireless, equipped with Bluetooth technology, and a 3.5mm headphone jack. This new controller with almost perfect ergonomics stands out with a new multidirectional cross, new non-slip surfaces on the trigger on the back of the controller, and a brand new dedicated share button in its center. Getting 2 gamepads directly means you don’t have to go back to the cashier, and be ready to play with friends. Remember that the model costs 60 euros per unit, and that it is also compatible with PCs and smartphones.

MyCook Touch Vs Thermomix Which is better?