A new video game based on the iconic The Walking Dead series is about to hit the Play Store, where it is now ready for pre-registration.

This one is called The Walking Dead: Survivors, and starting this coming weekend, users from some regions they will be able to pre-register before the next launch. This is the highlight of the zombie title.

Judging by the game’s own Facebook page, we can assume that it has been under development since November of last year, although there are not many details available at the moment. However, some users residing in the test countries that we discussed previously they have already uploaded some videos and we have the official Google Play link, slightly showing what this survival-based strategy game is all about.

In fact, there is a detailed gameplay that was published precisely at the end of November 2020 by Uptodown, where we can see a bit of the proposal presented by the people of Galaxy Play Technology Limited. It really turns out to be a standard kingdom builder, Isometric view exactly like iconic games like Age of Empires, where survivors and supplies will have to be searched as the size of the camp increases.

A negative point that can be qualified for this work is the fact that be filled with all kinds of buttons that clutter up the screen, in addition to the classic coins, resources and countdowns that are shown at the top of the screen. This undoubtedly suggests that it will be a free video game, having in-app purchase options. 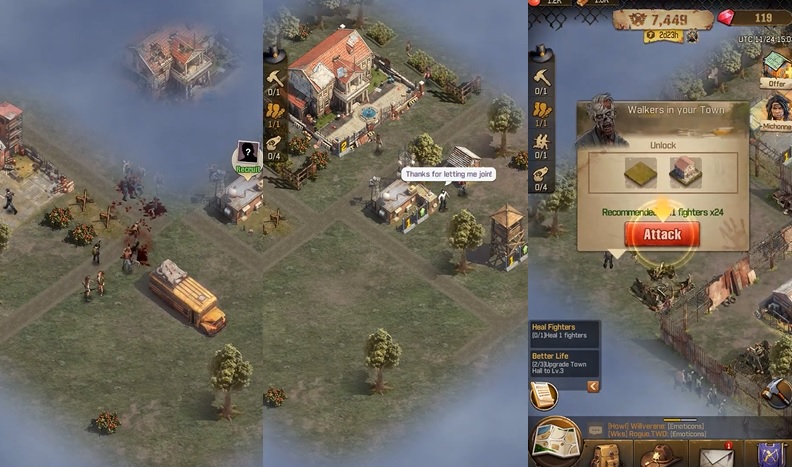 As of today, a specific date for the release of The Walking Dead: Survivors has not been confirmed, although we could say that It would not be unusual for it to be officially released before June or even May. We will see soon what this title has to offer, who should be important enough to have obtained the license of something as relevant as the North American zombie series.

Earn money doing what your followers ask you

Earn money as a gardener in Minecraft

Google works on expanding the capabilities of Nearby Share on Android