As expected, OnePlus has just announced its new smartphones for this year 2021. Here are the OnePlus 9 Series which comes in two versions, the 9 and the 9 Pro.

After all the rumors, leaks and confirmations from Pete Lau himself, it’s now official, OnePlus has just announced its two new smartphones for 2021. Set like clockwork, OnePlus is taking advantage of the anniversary of our all first confinement in France to announce its 2021 vintage. Here is the OnePlus 9 and the OnePlus 9 Pro.

Like last year, the OnePlus 9 will position itself in the high-end market while the OnePlus 9 Pro aims to compete with premium smartphones occupied by Samsung or Apple but also Xiaomi or Oppo. 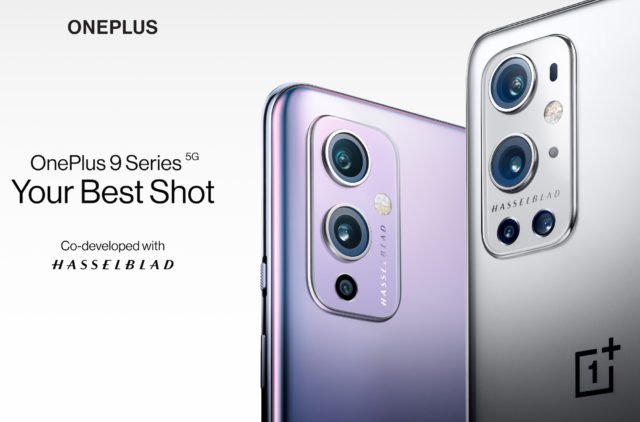 The OnePlus 9 Pro, all premium

This year is synonymous with evolution and we find on the front a full screen with a punch at the top left. Not surprisingly, this has been the trend for a few years and is what seems to make users the most enjoyable. We also find the IP68 certification as on its predecessor. OnePlus continues its partnership with Samsung regarding the screens and that of the OnePlus 9 Pro is of very high quality. If we find a Fluid Display 2.0 screen synonymous with AMOLED panel, we will note that it is of the AMOLED LPTO type with a diagonal of 6.7 inches, a definition QuadHD + (1440 × 3216) and therefore a density of 525ppp. The screen of the OnePlus 9 Pro offers curved edges but the angle is lighter this year, HDR10 + certification and finally a refresh rate of 120Hz. Because it is an LPTO panel, we are talking about Smart 120Hz and the OnePlus 9 Pro is able to adapt its refresh rate from 1Hz to 120Hz, which allows nothing to consume for example with the screen in Always-On . To this is added an impressive brightness of 1300 nits, which allows the smartphone to be used in full sunshine. 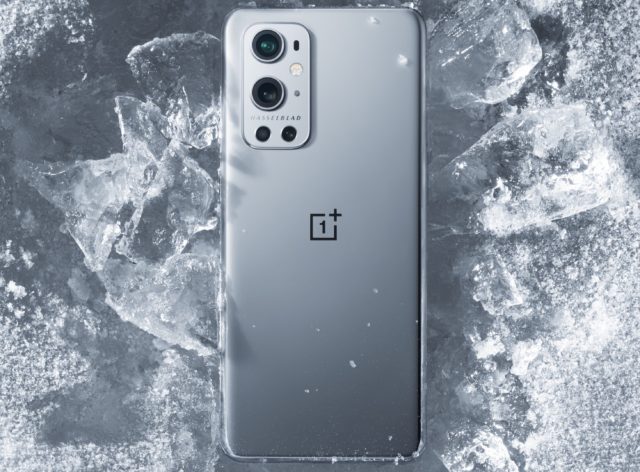 Similar to what we already knew about the predecessors, the OnePlus 9 Pro takes a photo block with no less than four cameras. The main camera offers a 48 Megapixel Sony IMX789 sensor with an F1.8 aperture and optical stabilization. The main camera’s autofocus combines phase detection, laser and contrast detection. The telephoto lens has an 8 Megapixel sensor, it is optical stabilized and allows an optical zoom of 3.3x. And finally, the ultra wide-angle offers a field of view of 120 ° and an aperture of F2.2, but above all, it is based on a Sony IMX766 sensor, developed by Sony for Oppo and OnePlus. It is also the same sensor as the main camera of the very recent and successful Oppo Find X3 Pro. And finally, one finds a monochrome sensor of 2 Megapixels which will be used to analyze the shots for a better photo output. 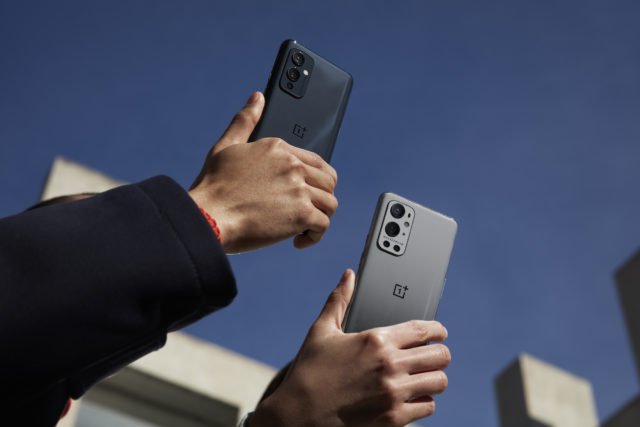 This year again, it should be noted that OnePlus has not taken the periscope zoom train since it does not seem to be the priority when choosing among users. With a more traditional telephoto, this allows better performance in low light. But that’s not all since OnePlus signs a partnership of choice with Hasselblad and its color science. We find the UltraShot modes which combine several photos and HDR to offer the best possible photo, its Night mode, more efficient and faster. And finally, the OnePlus 9 Pro can record videos up to 4K at 1200fps and obviously benefits from optical and electronic stabilization on the main camera. And because we are in 2021, the OnePlus 9 Pro is able to record in 8K at 30fps.

For the rest, it’s pretty classic in itself. Note a haptic motor for more subtle vibrations. The OnePlus 9 Pro will be available in several colors including a Morning Mist version which mixes a glossy rendering with a frosted rendering. The result is very convincing. As is now commonplace, the OnePlus 9 Pro offers internal memory in UFS 3.1 which is faster thanks to greater bandwidth and which will consume less power. Finally, it should be noted that if we find the proprietary WARP 65T fast charging in 65W, the OnePlus 9 Pro also offers the Warp Charge 50 Wireless 50W wireless charging (we were able to test and it is impressive), as well as the wireless charging. – reverse thread. 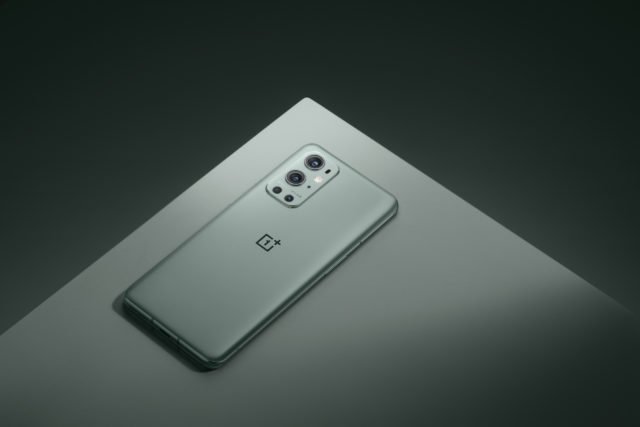 Available from the end of this month, you can pre-order the OnePlus 9 Pro at the price of 919 euros for the 128GB / 8GB version and 999 euros for the 256GB / 12GB version. A pre-order offer is available today with the choice of a wireless charger or OnePlus Buds.

Find the OnePlus 9 Pro from 919 euros at OnePlus

The OnePlus 9, a 9 Pro hardly worse

The OnePlus 9, meanwhile, obviously succeeds the very successful OnePlus 8T released during the last quarter of last year. But this year, the difference with the 9 Pro is even smaller. Indeed, apart from a few characteristics that change, the OnePlus 9 is rather identical to the OnePlus 9 Pro. If the screen is only 0.2 inches smaller, it offers Full HD + definition. On the other hand, it offers a refresh rate of 120Hz. The screen is AMOLED type but not LPTO. 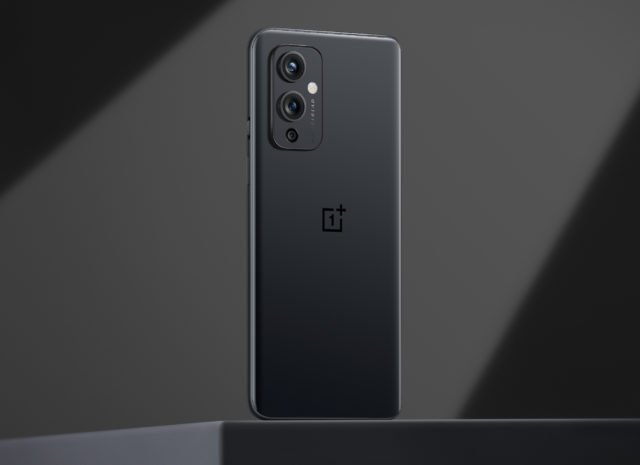 On the photo side, the biggest difference with the 9 Pro is in the absence of a telephoto when we find a main sensor and an ultra wide-angle as well as the small 2 megapixel monochrome sensor. And for the rest, one finds the new Qualcomm Snapdragon 888 SoC, a 4500mAh battery with Warp Charge 65T fast charging of 65W but wireless charging of only 15W. Like last year, we are not talking about IP68 certification on European models even if we suspect that it should be unofficially. 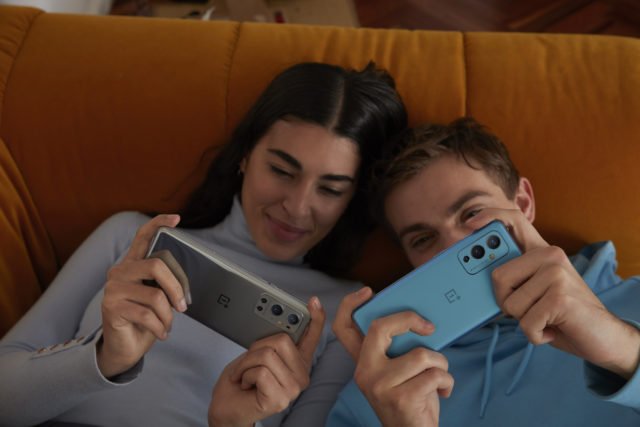 Find the OnePlus 9 from 719 euros at OnePlus

Xavier Niel challenges Orange with an aggressive offer for the pros

The LG Velvet and Wing can even count on Android 13

Music video uses Deepfake technology to transform into Zuckerberg, Indiana Jones, Tom Cruise and many others

[Humeur] No, bingewatching is not the only way to watch a series!