realme has once again surprised us with an impressive device at a really low price for everything it offers.

We are talking about the new realme 8 pro, a mobile that can boast of Samsung’s 108MP HM2 sensor, with 12000 x 9000 pixels and 9-in-1 pixel grouping technology, which makes low-light photos better, but also has with 50W fast charge, SuperAMOLED screen and a really premium design for the price it has, 259 euros in Spain.

We have been struck by the design and material used on the back. We will comment on it in detail in the video: 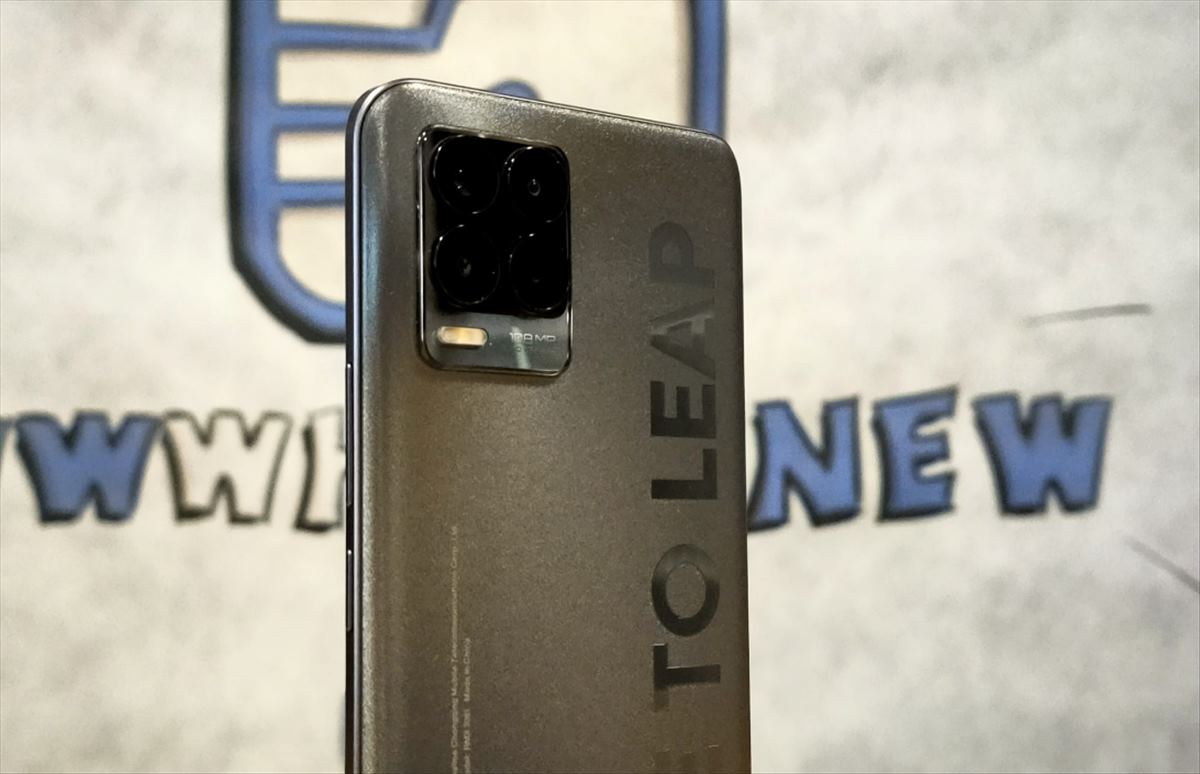 Thanks to this Samsung HM2 sensor they have created a new ultra high definition algorithm for the 108MP mode, and in the Ultra 108MP mode the AI ​​scene recognition function can also be activated, to make colors more vivid.

When it comes to pixel isolation technology, they use Samsung’s ISOCELL Plus with a new material developed by Fujifilm to replace the metal barrier to solve the problem of interference between adjacent pixels, reducing optical loss and cross-color. Additionally, this HM2 sensor supports 9-in-1 pixel binning technology, which allows nine adjacent 0.7μm pixels to be combined to simulate large 2.1μm pixels and improve image quality in low light conditions.

The camera is also equipped with a tilt-shift mode, or diorama effect, which captures images in which only part of the photo appears clear and all other parts can be kept out of focus to create a feeling of photographing miniature objects, such as if it were a mockup. realme 8 Pro is also the world’s first smartphone to combine time-lapse video with this tilt-shift effect. 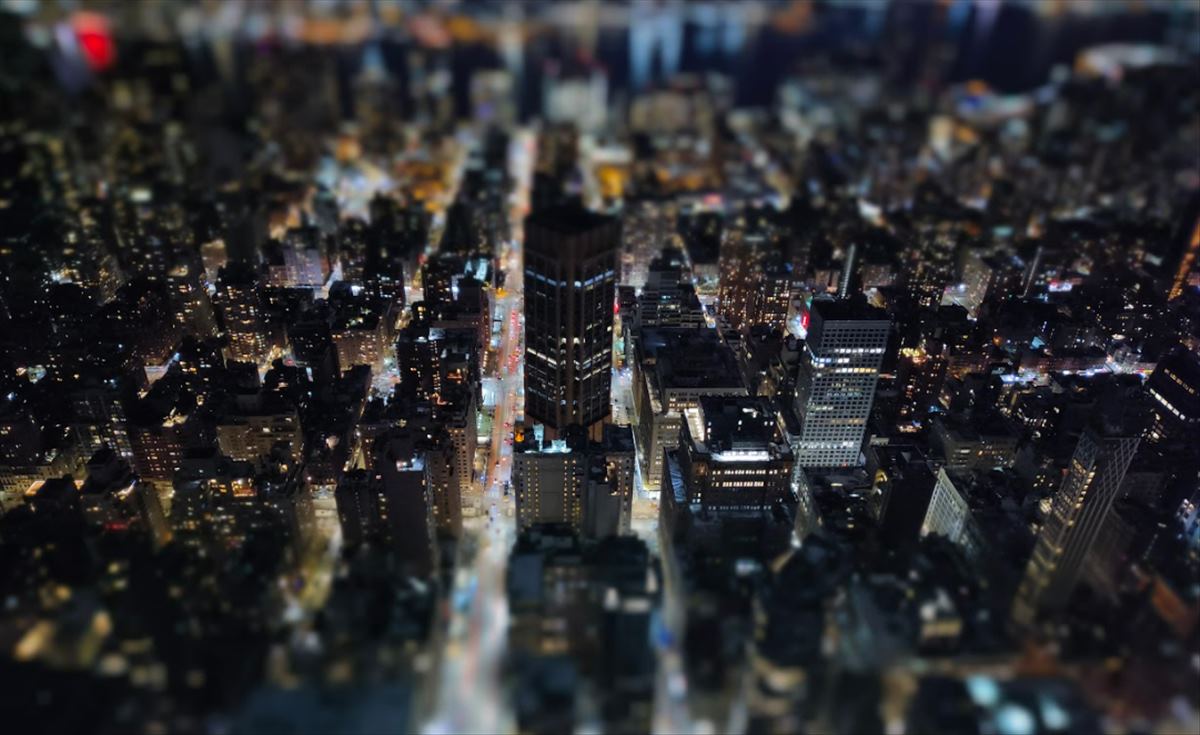 Regarding lenses we have:

– 119 ° ultra wide angle lens: with an aperture of f / 2.25 and resolution of 8MP.
– Macro lens: To get closer to a distance of 4 cm.
– Lens for black and white portraits– New color filter system allows the portrait lens to detect a wider range of light, helping the main lens better capture light, improve image contrast, create retro-style images, and add texture to portraits.

For night mode they use Nightscape with three technologies: ISOCELL Plus, Smart-ISO and Pixel Binning 9 in 1. It has AI image noise reduction and automatic elimination of dead pixels, so that after taking the photo it processes it to make it cleaner.

The Zoom is not very good, it uses the 12MP of the 108MP that are enlarged to generate the image, so there is no optimal zoom, it is all digital, although with the 108M camera a better resolution is guaranteed than other digital zooms from others. Models. Internally they take 8 images at a time and then they are processed to improve sharpness.

In the video part they use an exclusive time lapse video algorithm based on starry mode. When shooting in star mode, realme 8 Pro takes 16 individual photos every 15 seconds for 4 minutes, and then the algorithm combines them into a final image. But when shooting Starry Time-lapse video, to release the pressure of ROM and RAM, the phone will take crashed photos in the same 15 second interval, but it will only keep the last 15 photos to compose a crashed image and finally merge these photos into a time-lapse video at a rate of 30 fps.

We are told that with just a mobile phone and a stable tripod, you can shoot Starry Time-lapse video without a professional camera or computer video editing software. You can take 240 starry photos in an hour and you will end up with an 8 second starry time lapse video.

– Dynamic bokeh: to highlight the face against a moving background, creating a striking sensation of movement.
– Color portrait with AI: In this mode, people are in color and the background is black and white.
– 16MP selfie portrait: comes with AI Beauty, Portrait Mode y Super Nightscape.
– Dual View Video: Allows users to record from the front and rear cameras at the same time.

It has a fast charge of 50W and 4500mAh battery, and allows you to have maximum autonomy in just 47 minutes. By activating the Super Power Saving mode, 5% of the battery can last 32 hours on standby or 98 minutes on a call. In just 17 minutes it can charge almost 50%.

It comes with a standard 65W adapter that can be used to quickly charge a wider range of devices.

By using Snapdragon 720G mobile platform with low power consumption of 8 nm, and Super AMOLED screen, it will allow to power the mobile for more than a day.

It also has “Battery optimization in all scenes” support at the software level, to improve the management of background tasks, night standby and even low battery situations. Even when the battery level is at 5%, the realme 8 Pro will standby for 32 hours.

The realme 8 Pro launches with the Snapdragon 720G. This processor is manufactured using an advanced 8nm process, which makes it more powerful and efficient. It is also equipped with Kryo 465 CPU with two high-performance Cortex-A76 cores at up to 2.3GHz and six high-efficiency Cortex-A55 cores at up to 1.8GHz, along with the new Adreno 618 GPU, which is the same as Snapdragon 730G. Compared to the last generation, Snapdragon 720G has 10% improvement in CPU performance, 75% improvement in GPU and screen performance. 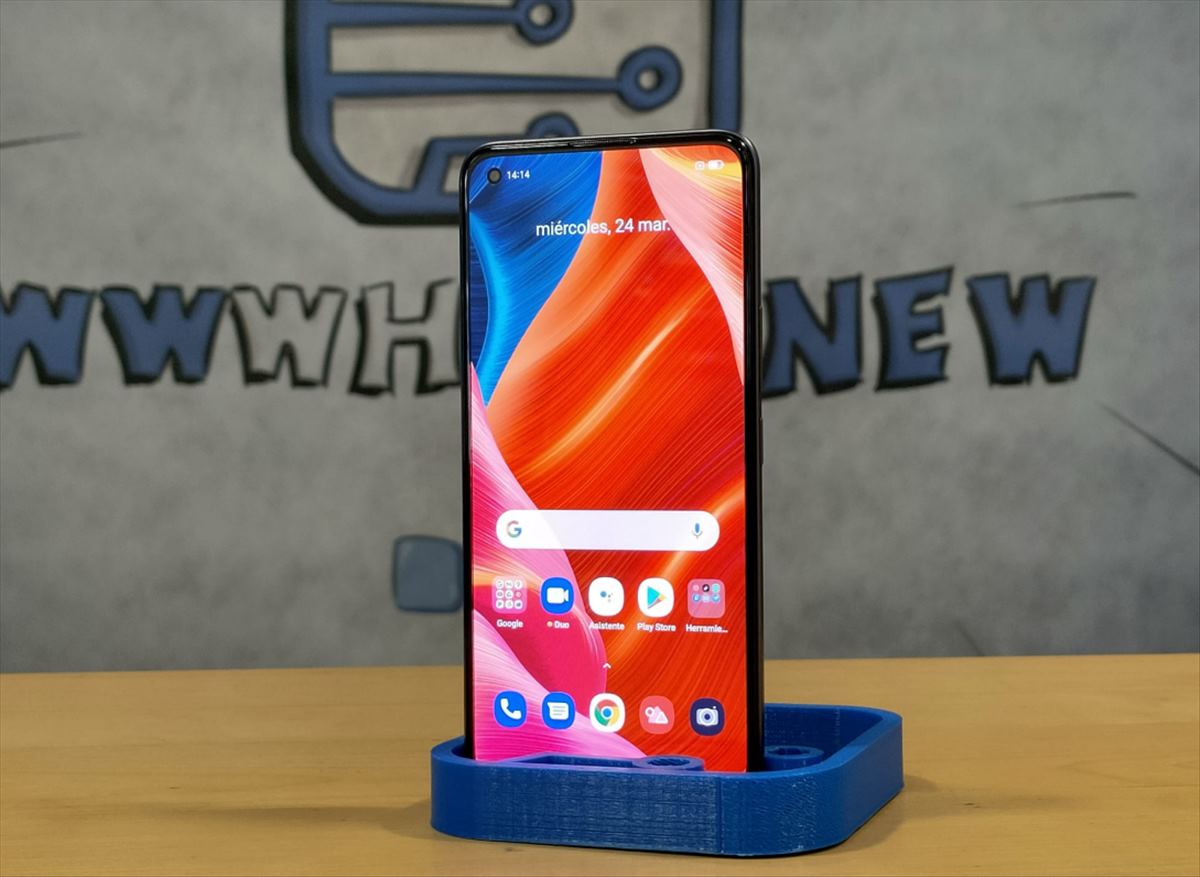 AMOLED displays have a special material that allows for brighter displays, and since every pixel on the screen can be adjusted, energy efficiency is also improved. Compared to LCD screens, you get better color reproduction, higher contrast, and a more realistic display.

Thanks to its Super AMOLED screen, the realme 8 pro also has an always-on screen, so you can see important information at a glance. The Super AMOLED display is also equipped with a quick unlock light sensitive in-screen fingerprint sensor.

It has a Full HD resolution and a touch sample rate of up to 180Hz (not screen frequency, eye) for better responsiveness when gaming.

The realme 8 Pro also includes up to 1000 nit sunlight mode to ensure that the screen is viewable even in severe sunlight conditions. 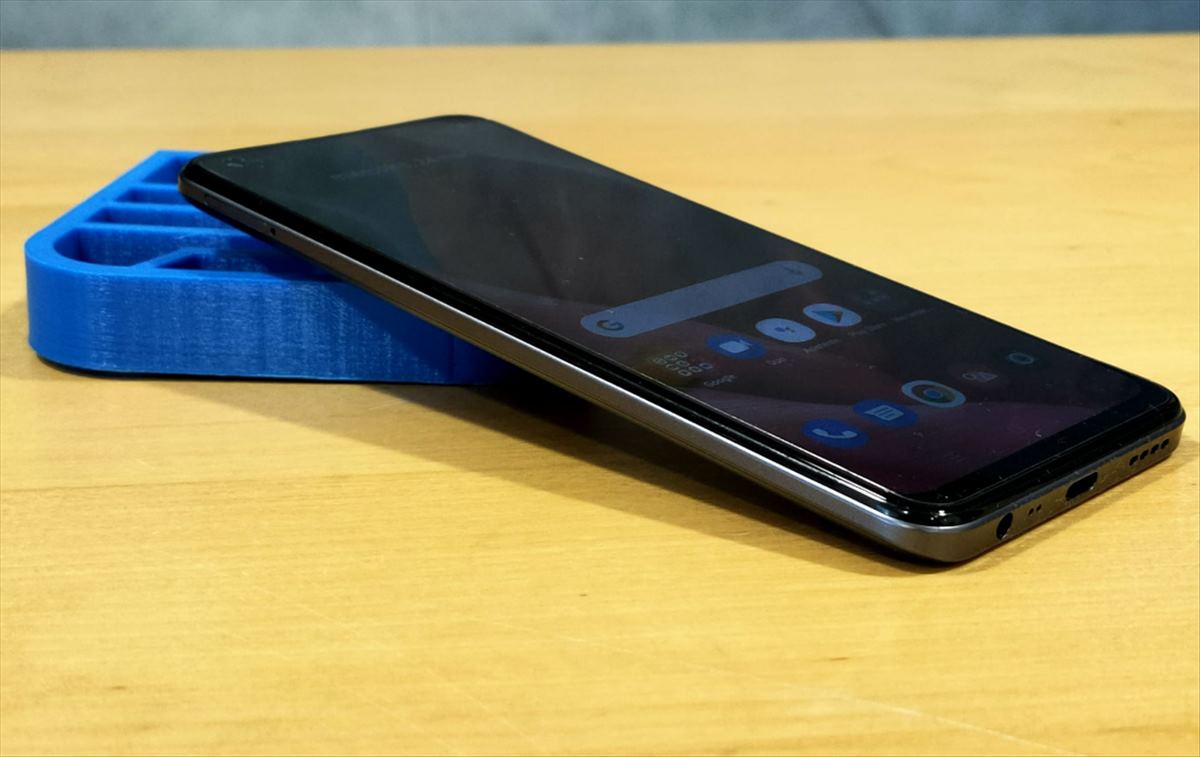 Surprise the back of the mobile. They explain it to us like this:

In conventional AG, the application of a coating on the back cover and the engraving is done in innumerable small ball-shaped granules, to achieve the matte effect. In the case of the realme 8 pro they have enlarged and clarified the small granule, carving micro-texture with a polyhedral prismatic shape on the ball-shaped granule using 3D laser carving technology to improve the three-dimensional sense. Therefore, the back of the smartphone shows the texture of natural mineral crystal, which is shiny and matte, rough and delicate, exquisite and smooth.

If you zoom in and look closely, or enlarge the rear image of your smartphone, you will see the starry sky made up of dense little granules, which is dreamlike and futuristic.

The mobile is very thin and light, weighing only 165g, with a thickness of 8.1mm.

It is the first phone to hit the market with realme UI 2.0, which allows:

– Color customization of the notification bar and interface icons.
– three different dark mode options.
– New game space that allows you to set the screen brightness, ensure network stability, and block alarms, notifications and incoming calls.
– private space to hide applications and personal files with a password.
– payment shield and an application permission control.
– improvement in the use of system resources by 45%.

It is Hi-Res Audio certified to give high-quality audio, but in our tests it is not surprising. Audio is one of its weak points (along with zoom). 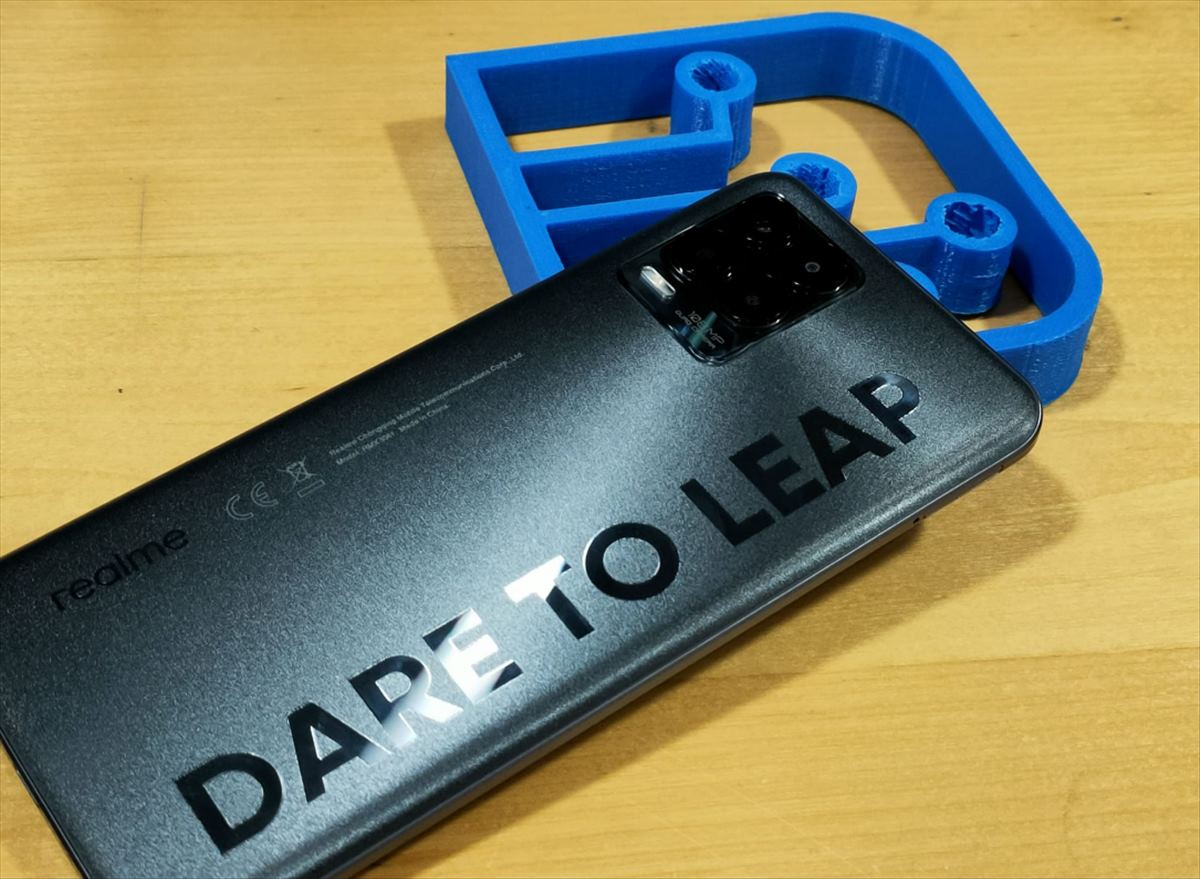 – 6GB + 128GB will be exclusive with Amazon at the European level and will have an official sale price of 279 euros. Thanks to the launch offer from March 24 to 30, the device can be pre-purchased for only 259 euros.
– 8GB + 128GB, available both in Amazon and in the rest of the official distributors (MediaMarkt, PcComponentes, Fnac, The Phone House, AliExpress among others) at an official price of 299 euros, with a launch discount in pre-purchase of the March 24 to 30, which leaves it at 279 euros.

Mobile phone offers: Smartphones from Apple, Samsung and Co. in the price check

February patch will have to wait another month