The social network will soon allow you to save drafts of your stories, in order to publish them later.

The information was made official via a simple tweet posted by the account d’Instagram a few days ago. The social network will soon deploy the drafts as a story, a feature that will allow you to pre-program the content, but above all to save them for later editing. The tool already exists via third-party applications like Buffer, Swello or Later, but everything will now be natively achievable via Mark Zuckerberg’s platform. Previewing stories should also be easier, Instagram promised.

Something new is coming 📣

Soon you’ll be able to finish what you started with story drafts.

Currently, there is indeed no way to save the content edited as a story from the social network, the only alternative being to download the photo or video that you want to keep, which has the effect of remove all applied effects (filters, stickers, music…).

Just hours after this promising announcement, leaker Alessandro Paluzzi shared a few screens of what looks like the new interface of the story editing tool. The tool will therefore resemble the archives feature a priori, and will allow, in the same way as draft posts, save content to come back to it later. All saved drafts will then be accessible in a new menu. A tool that already promises to prove to be rather practical for users who adhere to very elaborate content, and endless stories.

For the moment, no deployment date has yet been officially announced. However, there is a good chance that this new feature imagined by Instagram will see the light of day very soon, given its formal announcement by the platform on social networks. A little more patience then. 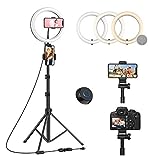 This is how Vivo's X60 series mobiles look globally

Xiaomi Mi 11 will arrive at the end of March