An incredible sweeping engineering project is being developed in Qatar, precisely under the concept of a hotel, which nobody is surprised, since there in the Persian Gulf is where the greatest real estate bets for the future are to be found.

We are talking about the Eco-Floating Hotel, an ambitious work that presents the idea of ​​sleeping in an ecological 5-star hotel floating on the sea, in addition to its circular figure allows it to rotate on itself to generate energy A complete work of art!

This creation is under the hand of the Hayri Atak Architectural Design Studio (HAADS), who are based in Turkey and seek to create the most ecological and avant-garde hotel in the world. According to DesignBoom, it will be built in an area of ​​approximately 35,000 square meters, giving space for more than 150 rooms with terraces and decks, Spa, sauna, gym, among other amenities. 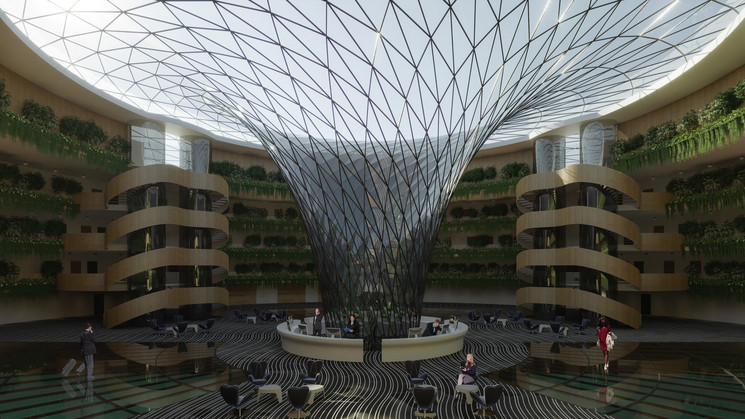 As for the other factors of luxury and its own external comforts, the hotel will have indoor and outdoor swimming pools, recreational areas, golf course, basketball court, in addition to an imposing helipad and docking platform for boats.

However, what is undoubtedly the most striking factor about the structure in general is its circular shape, which simulates a whirlpool of water. In fact, this glass formation can be seen from the top of the hotel that is hollow internally and passes through the center of the main hall, which in addition to just being an artistic section, has to do directly with the generation of electrical energy in the construction. 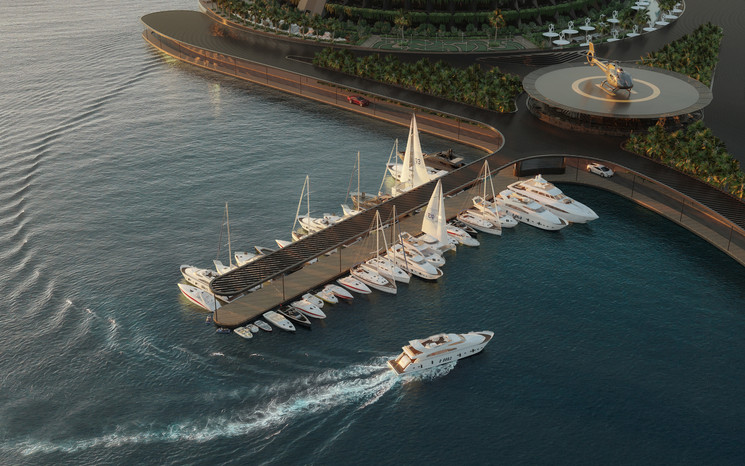 In addition to the above, you will have hundreds of green areas in their maximum splendor, both in the interior and exterior areas, which is what they will really seek to highlight above all things, the use of all resources and zero waste of energy and water. Regarding this last factor, it should be noted that the vortex at the top has the function of collecting rainwater, not to mention that they will also have the possibility of filtering and purifying seawater to turn it into clean water.

According to the predictions and what was said in AMEinfo, expect from Turkey and Qatar that this luxurious and renewable hotel is fully completed in 2025Although for now it remains only in the design phase and construction work has not started.

OnePlus Band already has a confirmed presentation date! What to expect from the wearable

Google Lens begins to have its own image gallery

HomePaper – With this app you can create HomeKit backgrounds