After a first chapter launched on February 15, the educational video game PowerZ launched a new update this month, available for free.

The game aims to position itself as “the Fortnite education”. Released in February 2021, PowerZ is an educational video game, intended for children aged 6 to 12. In an open world, children are asked to solve puzzles on different themes, ranging from mental arithmetic to vocabulary enrichment, including foreign languages ​​(English, Spanish, German and even French sign language). In addition to his school activities, other exercises are offered, such as music theory, or yoga. With a first chapter launched a few weeks ago, the game already counts more than 7000 registered, for average sessions of one hour. A monitoring application intended for parents makes it possible to support the child in his progress, but also to pause the game in the event of overflow.

In March, PowerZ expanded its adventure, launching a brand new chapter, which includes many new features, as well as a new location centered on a new theme: The Animal Sanctuary. The opportunity to discover the difference between a llama and an alpaca, or to understand how goats manage to climb an almost vertical wall from the top of their four legs. An interactive map to facilitate navigation is also arriving in the game, and the developers also claim to have fixed several bugs inherent in the alpha version.

Validated by a panel of education experts, and powered by artificial intelligence, PowerZ hopes shake up preconceived ideas about video game effects for young people. The game is completely free at download on Mac and PC from the official PowerZ.tech website. Parents who wish can nevertheless participate in the development of the platform, by contributing up to € 10 per month. Note that an iPad and Nintendo Switch version is currently in development. 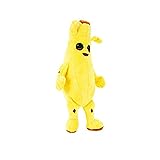 An icon is leaving the Nokia mobile phone manufacturer

The iMacs with M1 chip arrive, and with a more elegant and compact design

The human body as an electric battery