Xiaomi is going out, or as they say in their advertising, they do it, since there are many announcements that they have made today after their great presentation event, held this noon, Spanish time, highlighting the new members from the Mi 11 family and the new generation of quantifying bracelets from the products that have just been presented.

Before paying due attention to the new Xiaomi Mi 11 Ultra, which will be the company’s great flagship for 2021, we are going to review the rest of the members of the Mi 11 family, starting with the Xiaomi Mi 11 Lite y Xiaomi Mi 11 Lite 5G, which share practically the same specifications except for the processor, RAM and internal storage capacities, as well as the front camera.

These models also feature stereo speakers with support for Hi-Res audio, a fingerprint sensor on one side, a headphone jack, as well as Android 11 as an operating system under the MIUI 12.5 customization layer.

Differences? Well, the first one is not compatible with 5G networks, with a Qualcomm Snapdragon 732G processor, with 6 GB of RAM and variants with 64 GB or 128 GB of internal storage, and a 16MP front camera, which will be priced from 299 euros to the change, while the second is compatible with 5G networks, betting on Qualcomm’s Snapdragon 780G as a processor, recently launched, as well as 6 or 8 GB of RAM and 128 GB of internal storage, at a price from 369 euros.

In addition, the company has also introduced the new Xiaomi Mi 11i for those who want a high-end flat screen instead of a 6.67 ”AMOLED E4 FullHD + curved screen, with a refresh rate of 120Hz and touch sampling of 120Hz, as well as a maximum brightness of 1,300 nits.

It is accompanied by the Snapdragon 888 processor Qualcomm followed by 8GB of RAM and 128GB or 256GB of UFS 3.1 internal storage.

In the photographic section, the rear camera configuration consists of a 108 MP main camera followed by an 8MP wide-angle camera and a 5 MP telephoto camera. The selfie camera is a 20MP sensor camera.

It has a 4,520 mAh battery with 33W fast charge. With a fingerprint sensor on one side, with infrared, NFC, Wifi 6 and Bluetooth, this model will be available for 649 euros and 699 euros respectively. 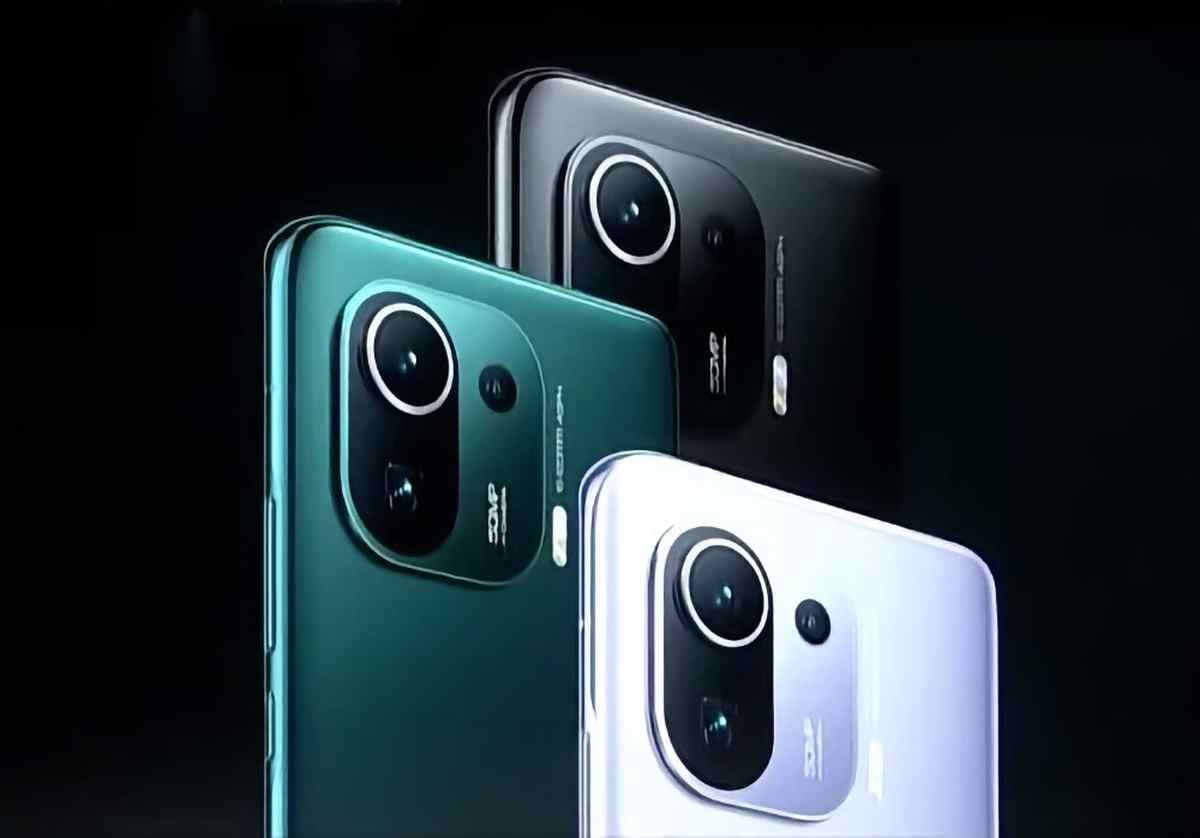 Let’s go for him Xiaomi Mi 11 Pro, the evolution of the Xiaomi Mi 11 that the company launched at the beginning of the year, and which offers a curved AMOLED E4 screen at 2K resolution (WQHD +) with a refresh rate of 120Hz and a touch sampling rate of 480Hz, with a peak of brightness up to 1,700 nits and protected by Victus Gorilla Glass.

In terms of audio, it has speakers signed by Harman Kardon. Prices will start from 647 euros to change.

And now we go to the most interesting of all those presented today. Its about Xiaomi Mi 11 Ultra, which starts from the specifications of the Xiaomi Mi 11 Pro with some subtle differences, highlighting its rear camera module, the largest seen in a smart mobile phone, being this way for the following reasons.

And it is that on the one hand it has cameras with larger sensors, with a main camera that uses the sensor Samsung ISOCELL GN2 50MP, 1 / 1.12 ”in size, accompanied by a 48MP Sony IMX586 ultra-wide-angle camera with 128-degree field of view, as well as a 48MP Sony IMX586 telephoto camera with optical zoom 5x, 10x hybrid zoom, and digital zoom up to 120x, for which optical stabilization will also help to take stable photos.

And on the other hand, this module has a small secondary 1.1 ″ OLED screen, which offers an image resolution of 126 x 294p and a brightness of 450 nits, which can be used to take selfies or serve as a notification channel.

And apart from the camera module, Xiaomi also bets on introducing a ceramic body, launching itself on the market in black and white color options. It is known that this model will come in Europe only in its variant of 12 GB of RAM and 256 GB of internal storage at a price of 1,199 euros.

All the information of this model is in the official announcement.

The Mi 11 Lite series has become light and airy

Fiber or ADSL, SFR is offering you 2 months of subscription right now

Share a playlist through a cassette that you can print

how does its sliding screen work?

The Google Assistant can track the battery level of the smartphone