The A-Series is without a doubt Samsung’s best-selling phone, as it is for the average person who doesn’t want to buy a top model but still use a familiar and high-quality mobile phone, plus not just for a few months, but possibly for years. The product line started with Alpha at that time, from which the trio A3, A5, A7 branched off, and then the following year it was changed to A30, A50 and A70 and expanded from the entry-level model to the almost high-end A90. 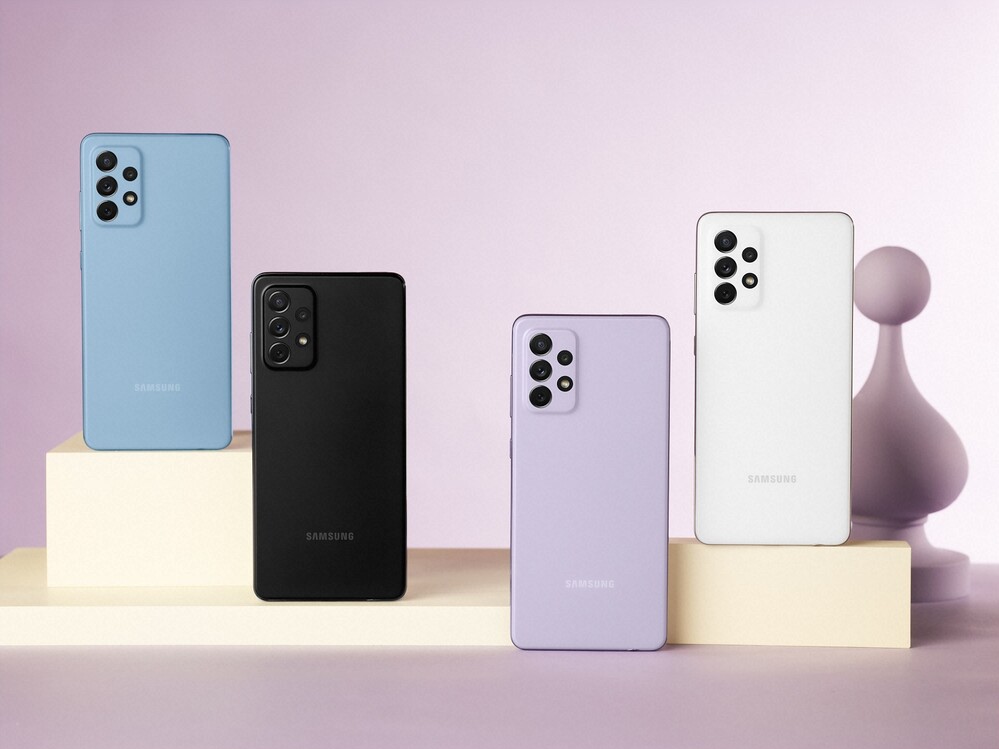 The highlight of the series is the A72 in several colors [+]

In 2021, this year’s products arrived in several stages, and at the moment we count nine devices from A02 to A72, because two variants of A02, A32 and A52 have also been launched on the market. Not all members of the series are available from us, and one or two more models are missing from the top, but these are still being withheld by the manufacturer, because it would not be lucky to be able to match the S20 family of devices in the market.

The line is opened by A02, there are two of them, because one A02s is also on the market – but not with us. Samsung intends these models for developing countries, neither version is officially available at home. The sleek A02 is a basic device built around an aged chipset (MTK6739), not much more expensive than the A02s, which is slightly fresher with the Snapdagon 450 chip. In Hungary, however, it is not these that are at the bottom of the series, but the A12, which is still a low-priced and knowledgeable product, but with a generation newer MediaTek chipset, 48-megapixel quad-Bayer camera, NFC, fingerprint reader and yes with a 5000 mAh battery for correct operation. 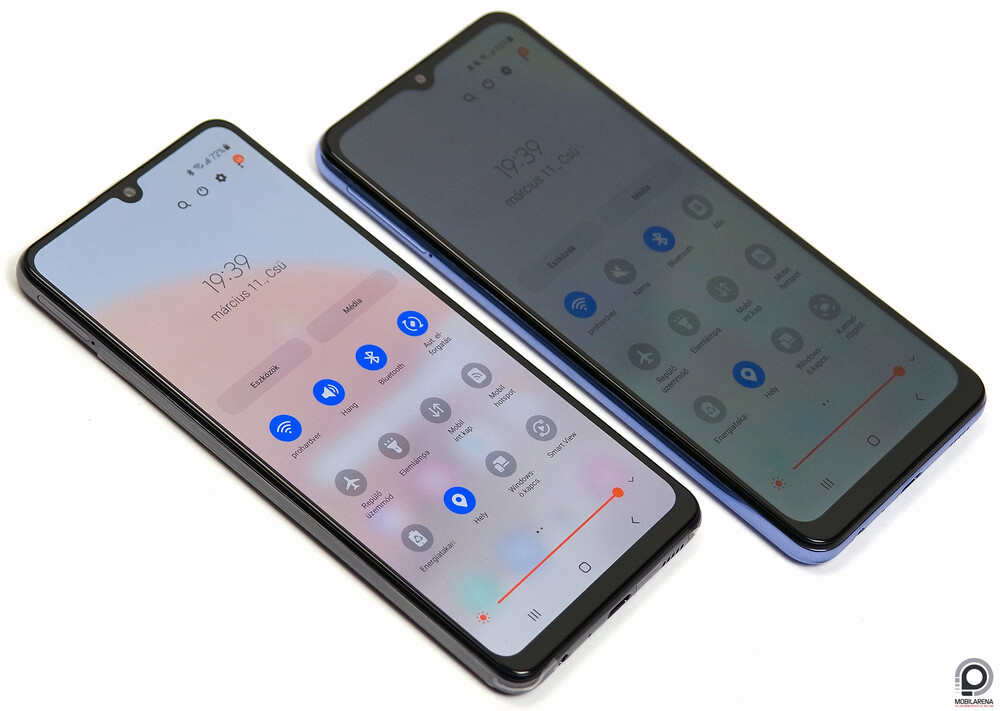 The A22 doesn’t exist yet, although last year’s A21 (and A21s) was one of the stars of service offerings in the cheaper categories. However, two versions of the A32 are immediately available, which differ in their name only in that one of them is followed by the magic term 5G, making it Samsung’s cheapest 5G phone. Although there is no significant difference in appearance between the two models, the AMGED display on the 5G altar had to be sacrificed in order to keep the price level, so the 4G A32 got a better panel than the 5G brother. Not only the display type but also the resolution is better than the LTE variant, the camera is also one more serious, so it is a customer decision whether the customer chooses 5G or a more advanced service offering. 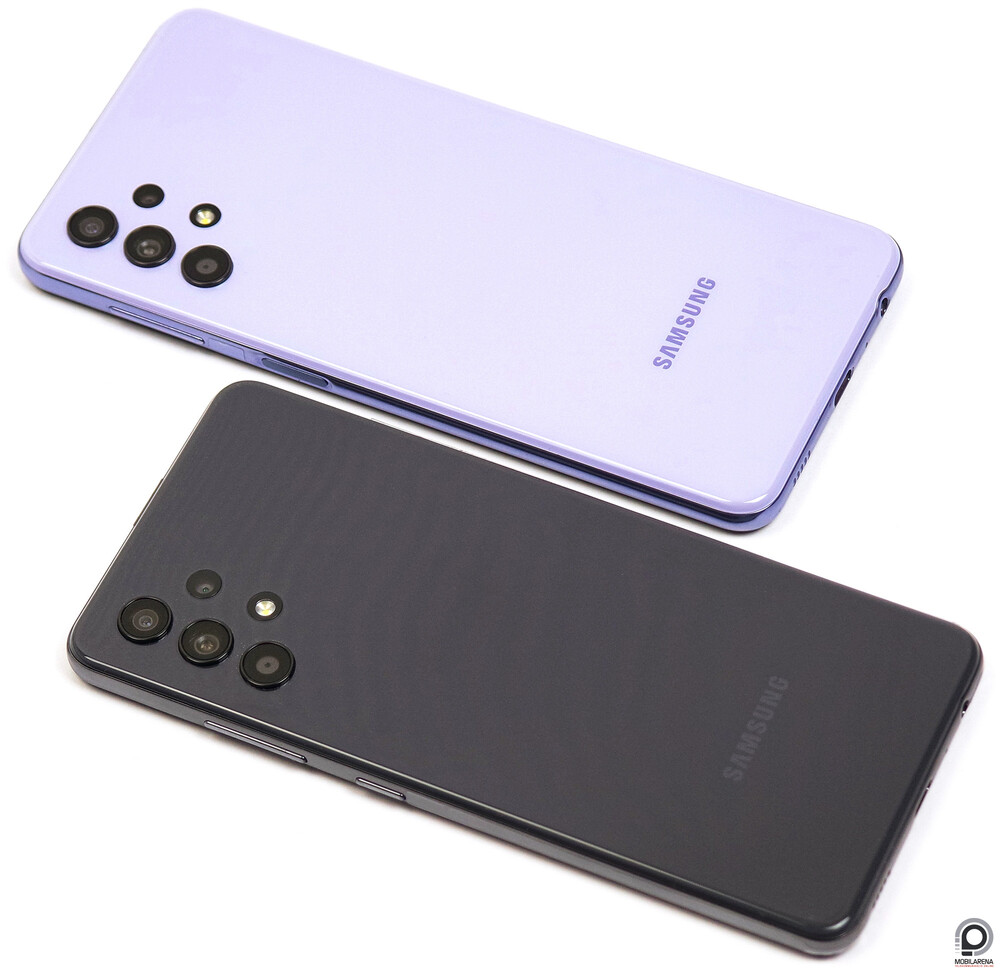 In any case, it is certain that both A32s are distinctly clean, which is mainly due to the fact that the rear camera island has been ignored by Samsung, the lenses are sitting in separate circles, which gives the phone a striking look. Even if it is not so frost-free, but the A52, A52 5G and A72 can continue to be clean, these models have the trick that although there is a camera island on the back, it is the same color and material as the back cover, which is not at all this element is emphasized. 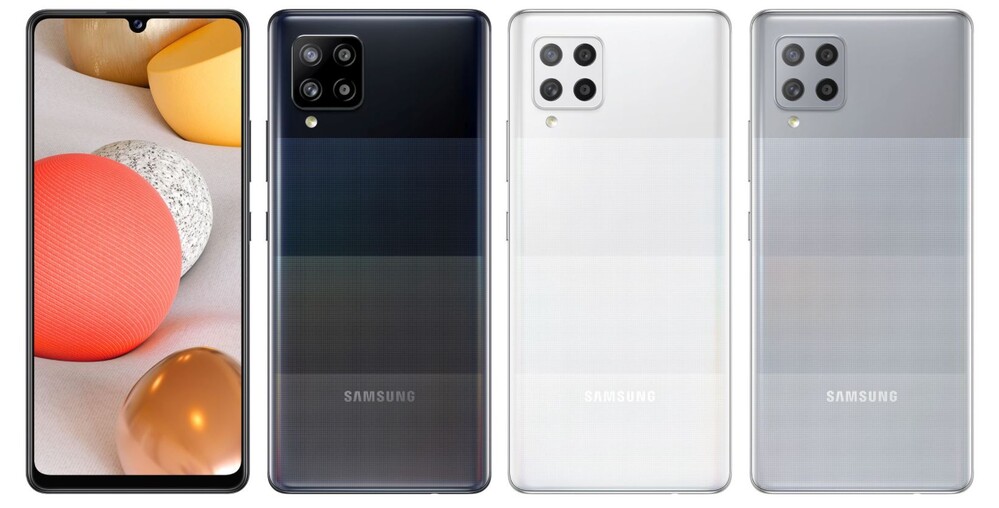 The Galaxy A42 is available at home for days [+]

There is also A42, which is not sold in Hungary. There are a number of reasons for this, with a Samsung-sized company used to do some serious research and statistics to see if a particular model is worth launching in a particular region, the A42 5G is a strange mix of the A32 and A52 because of its low resolution but A more powerful chipset (Snapdragon 750G) has been added to the panel using AMOLED technology, which makes the A42 5G probably lightning fast, but it can no longer bring the rather compact size of last year’s A41. Either way, it’s not available at home yet, if it does show up officially in the country, we’ll be able to test it more thoroughly. 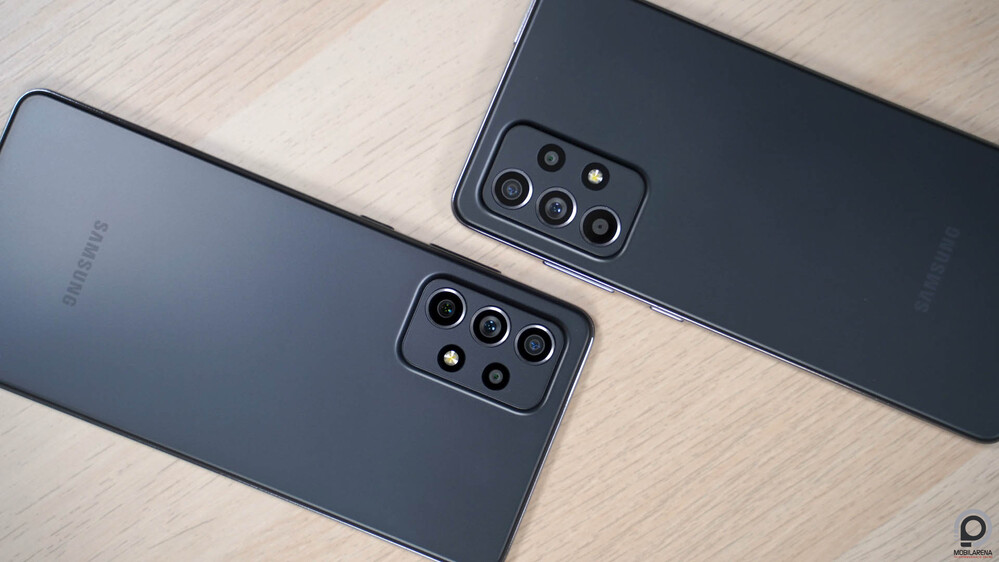 Perhaps the best hit of this year’s A-Series is the A52 and its 5G sibling. The task was given: to create a phone that is much cheaper than the top models, which does not lack any of the features popular in the category. It sounds simple, but the experience is that the models considered to be the best buys at a given price level can’t match everything, where water resistance is lacking, where the 3.5 mm jack plug is, where the optical stabilization, and where the stereo speaker is, or just the FM radio. On the A52, however, they are all available at the same time, while the phones offer 90 and 120 Hz image refresh rate (the latter is the 5G variant), the internal storage can be expanded with microSD, the battery is 4500 mAh, 800-900 nites the display knows the luminance, there is an ultra-wide module next to the main camera, and the fingerprint reader is located behind the display. 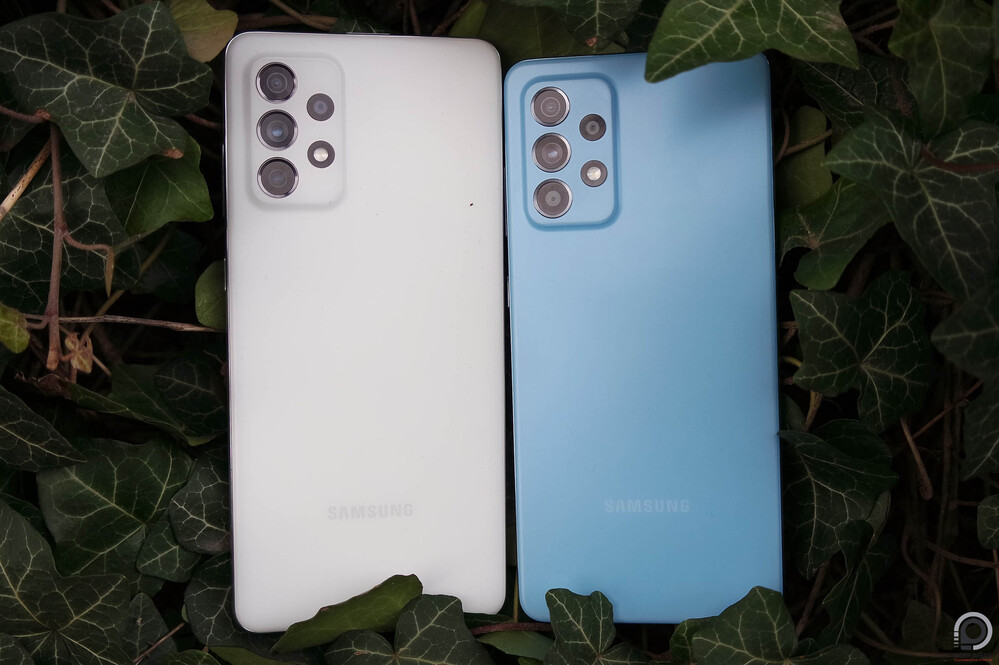 Samsung’s A52 usually have a single complaint that they could hold a slightly stronger chipset, but in everyday use this is confusing, and the variants that come to market in Hungary with a minimum of 6 GB of RAM will have no problem with the speed of application switching. In addition, it can already be seen that all domestic service providers really like the A52 pair, for which they also offer a surprisingly large discount with a prepaid card design. 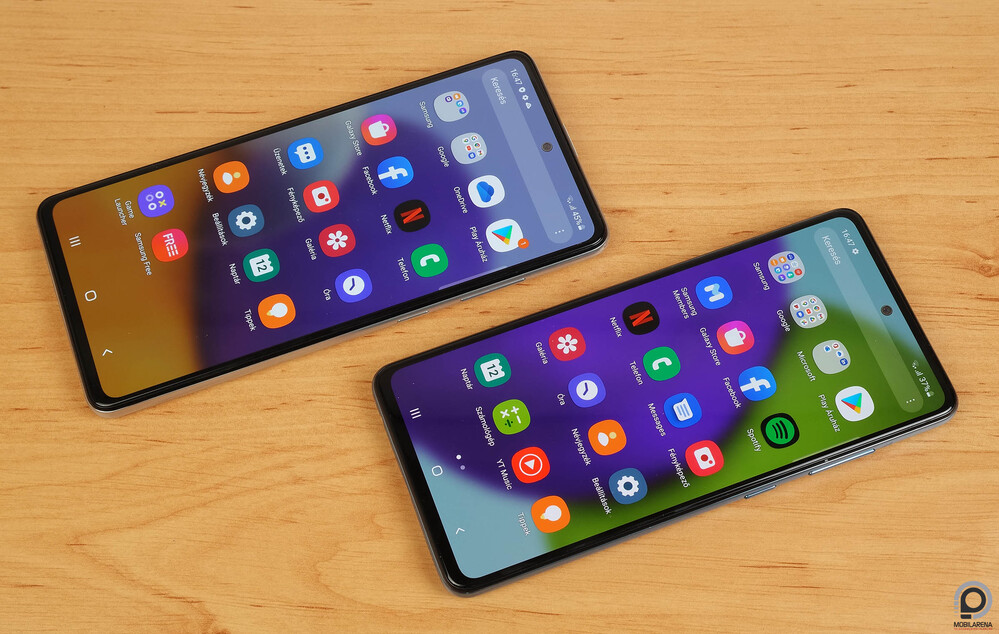 At the current peak of the range, the A72 sits – for now, alone, without a 5G sister model. If we want to summarize very briefly the differences compared to the A52, we should limit ourselves to three things: the display is slightly larger and, accordingly, the size of the device, which means that the battery is 5000 mAh instead of 4500 and an optical drive on the back. also a zoom camera, which is quite rare in this category especially with OIS behind it.

There’s no A72 5G yet, though it probably wouldn’t be a big art to launch it either, as everything has added to the A52 5G model, but most international magazines believe that this model could be added to this year’s A-Series in a matter of months. The A81 and A91 weren’t last year either, so it’s unlikely we’ll see A82 and A92 this year, this would already be the level where the “Lite” suffixes and FE versions of the current S and Note series can kick the ball as well. In any case, it can be felt that the 2021 A-Series has become a well-thought-out, step-by-step, step-by-step family of models with more balanced and slightly more frugal members, but it fits well with its shape and manageability into Samsung’s ecosystem. In our editorial position, the 4G A32 and the two A52s are the three strongest members of the device line, but with a good carrier offering, almost any 2021 A-model seems like a reliable choice.

Godzilla vs Kong director is preparing a Cosmocats movie

Apple Watch 5: Smartwatch for Easter at Media Markt at a bargain price

More and more Disney content is being removed from Google Home