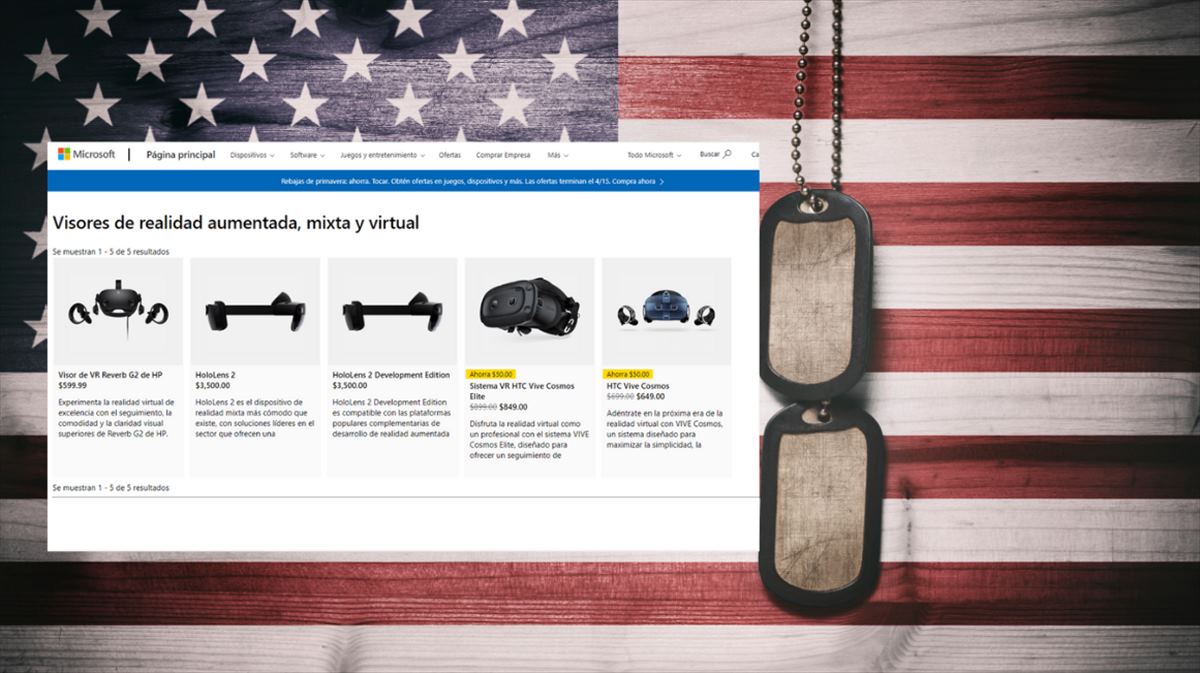 Augmented Reality allows you to see information about real objects using special glasses, and that can be very valuable in the military world.

This is what the United States military believes, since it has closed an agreement of almost 22,000 million dollars (over 10 years) with Microsoft to deliver augmented reality glasses based on HoloLens.

The contract is for more than 120,000 headphones, as they say on the BBC, and will be made in the United States. The news has had such an impact that Microsoft shares rose 3% after the announcement was made a few hours ago.

For some years now, Microsoft has been working with the military creating prototypes of what is called the Integrated Visual Augmentation System (IVAS), which is a military-grade version of the Hololens. Now they have moved to the production phase, and it is hoped that this will “keep soldiers safer and make them more effective.”

The idea is that the soldier has more context about his situation, that he can share information and that it is possible to make better decisions in a variety of settings.

winks and clues that should not be missed