There is no doubt that the smartphones of the Galaxy A range have caught your eye, especially as they allow you to have good features for a limited budget. If you were still hesitating, know that the Samsung Galaxy A31 is on sale at -50% on Aliexpress during a Super Flash Deal today at 9am sharp.

There are many models in Samsung’s Galaxy A lineup. These smartphones offer features, characteristics and a very attractive design, especially since they are cheaper than the Galaxy S. If you were expecting a promotion on one of the smartphones in the Galaxy A range, know that the Samsung Galaxy A31 is on discount. You will benefit from a smartphone with interesting features in a very current design. The latter is on sale on Aliexpress at the price of 99 € instead of 199 € or a reduction of 100 € (50%) using the code SUPERDEALS619.

Take advantage of the € 99 offer on Aliexpress

A Samsung Galaxy A31 with guts

The model on sale on Aliexpress is the Samsung Galaxy A31 with 6 GB of RAM and 128 GB of storage. It comes in three versions where only the color changes, you can acquire the Galaxy A31 in white, black or blue. Otherwise, you can find inside a SoC Helio P65 from Mediatek. The performance of the Samsung Galaxy A31 will be present in order to perform fairly standard tasks such as watching videos on YouTube, watching videos (or series) on Netflix, browsing social networks, or even playing. It should not be rushed either by putting the graphics in ultra during your games otherwise it will not keep pace. However, for fairly light games, it will do the trick.

The Samsung Galaxy A31 comes with One Ui, Samsung’s home OS that has won back the hearts of many users. The OS is very fluid and optimized perfectly for the smartphone. Regarding the autonomy of the Galaxy A31, you will find a 5,000 mAh battery allowing you to use the smartphone all day without any problem. Samsung has not integrated an SoC compatible with the 5G network, if you still have a classic mobile plan, the Galaxy A31 is the smartphone for you.

A revisited design and OLED screen

We must not hide it, the older generations of Galaxy A are not very beautiful. Samsung has therefore reworked the design of the new generations to bring a breath of fresh air to the range. The manufacturer has also integrated a 6.4-inch OLED panel with a resolution of 1080 x 2400 pixels (Full HD +) for a total of 411 ppi (pixels per inch). You will thus be able to benefit from a good colorimetry, a sublime contrast (deep black) as well as a very good luminosity.

In terms of photos, Samsung has decided to integrate four photo modules: a first for the 48-megapixel wide-angle, a second for the eight-megapixel ultra-wide-angle, a third of five megapixels to perform macros and for finish a five megapixel lens for depth of field. The front camera has a 20 megapixel module. You will be able to take good photos with the Samsung Galaxy A31 when the conditions (brightness, etc.) are present. The four photo modules will be more than sufficient for classic use (social networks, MMS, etc.). In short, if you want a good smartphone without spending too much money, the Samsung Galaxy A31 could totally conquer you. It is on sale on Aliexpress at the price of 99 € instead of 199 € or a reduction of 100 € (50%) using the code SUPERDEALS619.

Take advantage of the € 99 offer on Aliexpress

Here is the list of the next Super Flash Deals for AliExpress’s birthday! 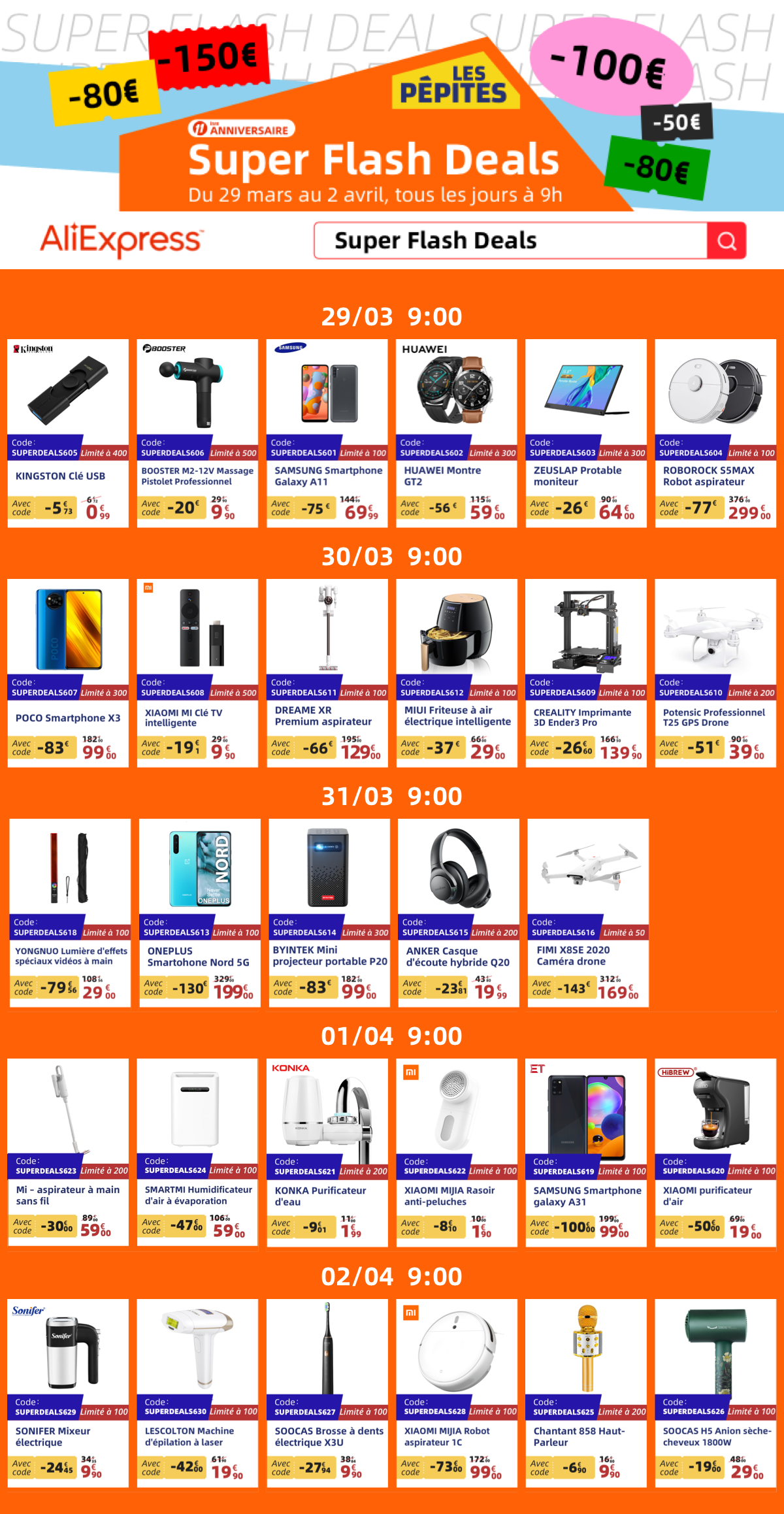 Twitter now allows you to add stickers to fleets

IOS 14.5 and later: is Siri now male, female, or something in between?

500 million LinkedIn data is for sale, but it did not come from a leak

OnePlus: know the design of your first fitness bracelet

Mobile plan: 3 shock offers not to be missed this Monday 🔥