The Casio G-Shock watch line has gained a great reputation over the years for its extremely robust models, suitable for use in the most demanding conditions, consisting mainly of digital watches with an LCD screen.

Keeping the bold design, large box, shock resistance and water resistance, we now have a new Casio smartwatch, the GSW-H1000. It is the perfect smart watch for extreme sports enthusiasts, athletes and outdoor activities.

This is the new Casio GSW-H1000 smartwatch 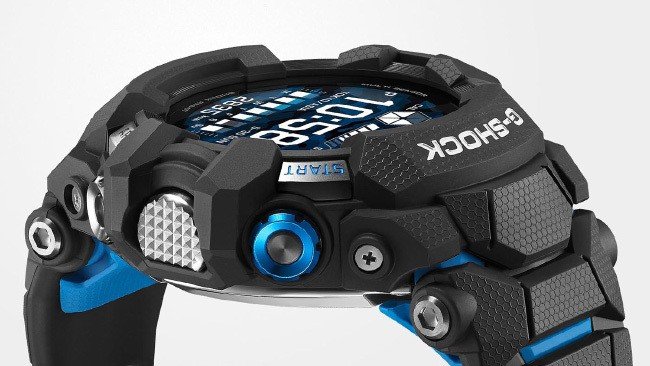 We are facing a large and heavy clock. Indeed, the GSW-H1000 weighs 103 grams and has a maximum thickness of 19.5 mm (it is almost 2 centimeters in a box). It is thicker and heavier than any other Casio smartwatch so far.

Its body, bracelet and case are defined by the angular lines, rubber texture that protects the entire WearOS watch, without forgetting the name of the G-Shock line clearly visible. Features that make it similar to any other element in this product range.

It is a name that boasts with pride, being deserved since we have here the same build quality, sturdiness and durability as other Casio G-Shock watches. Namely, we have water resistance up to 200 meters and shock resistance.

As a smartwatch it has the usual range of sensors such as the optical heart rate sensor, compass, air pressure (barometer), accelerometer, gyroscope and an integrated GPS receiver. We do not know, however, what its processor is.

The screen of the smartwatch is 1.2 inches diagonal, with two layers and aims to optimize battery life. In practice, we have a first layer – color LCD screen – with the second layer consisting of a monochrome LCD screen always on.

In this way, the watch always displays the time and other important information, even when the user is not interacting with the watch. On the other hand, when activating it, the main color screen will be turned on, just like any other smartwatch.

The Casio GSW-H1000 is suitable for sports

The price of the watch is high, as is customary in this product line. In the United States of America the GSW-H1000 costs 699 dollars, while in the United Kingdom it costs 599 pounds.

The new watch it is listed no official website by Casio.