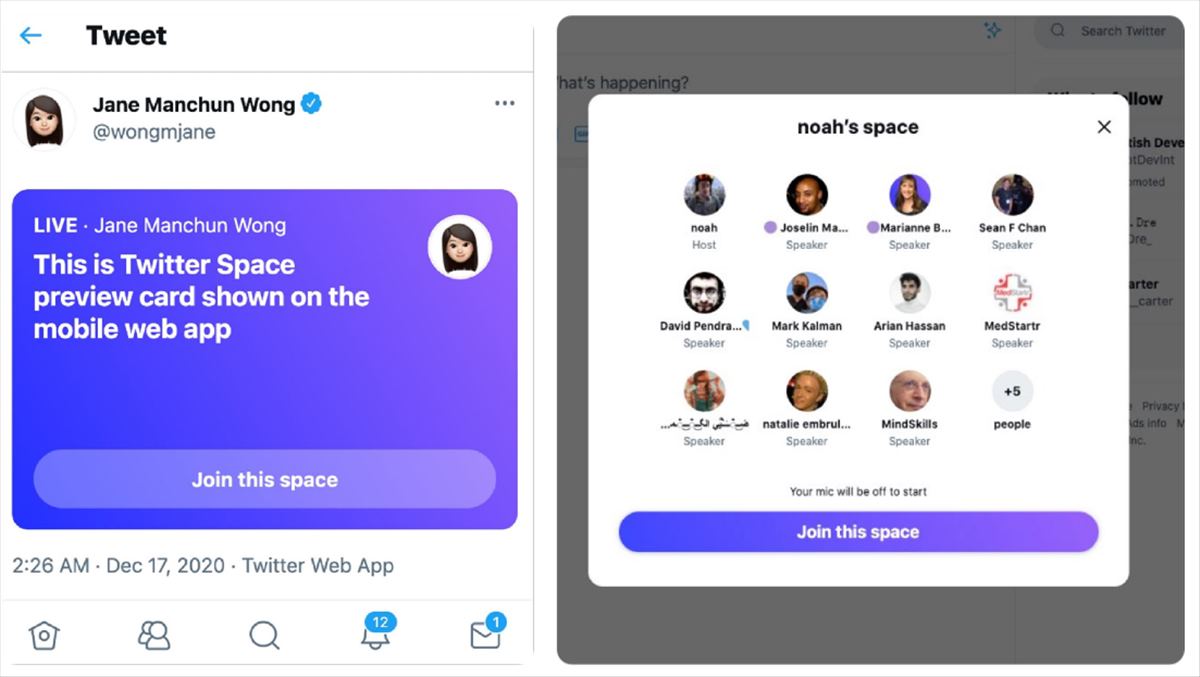 Twitter Spaces will offer audio rooms to share experiences with our followers, something similar (although not the same) as the clubhouse or Telegram audio rooms. Are various platforms who bet on this model, allow discussions in audio format, and everything seems to indicate that Twitter will be one of the most popular in the coming months.

The fact is that now a function that nobody expected has been shown: audio rooms in the desktop version, not only in the mobile version.

When we think of creating audio rooms, we think of something portable, of being able to chat and listen to what others say as if it were a podcast, whether in the subway, lying in bed or in the middle of the mountain, but with a version desktop we can have something more sophisticated, with greater possibilities when editing and creating “our radio program.”

The company has confirmed this after it was show tweets with Spaces preview cards when viewed on the web. In fact, a Twitter Spaces developer posted some designs of what a space’s intro screen would look like on the web.

Since Spaces is only available for mobile devices at the moment (and not for everyone), taking it to the web would be a significant expansion, something that could be an important differential to stand out from the other options that are appearing.

The ax will be symbolic on the Axon 30 Ultra