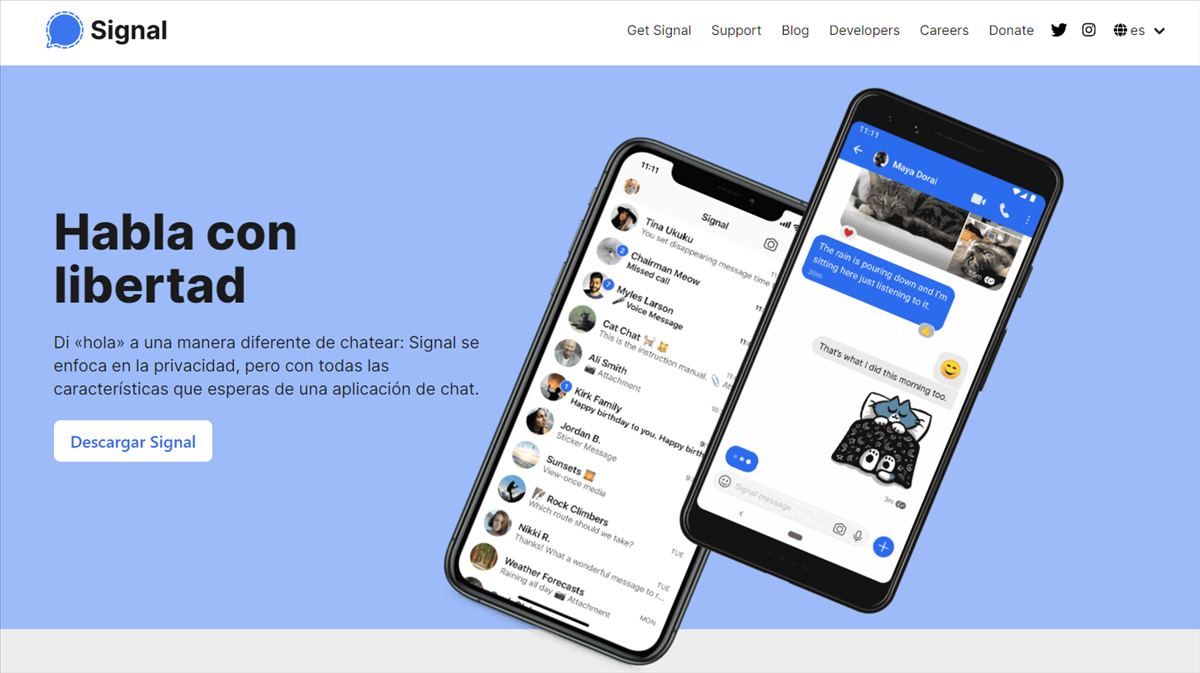 When a platform is presented as “open source”, it has a responsibility to always offer its updated code, its latest version, and that is something that Signal has not done for a year, which has generated a lot of criticism from the community .

Now he has finally uploaded a new version to Github, the server version, since the code of the clients of this messaging service was available frequently.

The complaint was first published in the German publication Golem, and soon after Signal responded with updating the repository, which was full of complaints from the open source community asking why Signal was no longer publishing any changes to the code. The issue was previously discussed on Hacker News about a month ago, with no explanation from the company.

Before the update published a few hours ago, the last code published dates back to April 20, 2020.

In this type of program it is very important that the code is open, since if Signal guarantees privacy and end-to-end encryption, it has to prove it. A closed source server application makes it difficult for anyone to audit the latest version of the release.

Being open source allows others to create their own separate platforms using the code, something very common when part of the community is not happy with the direction in which the main project is headed.

It is possible that this last year of silence is related to the new payments feature announced a few hours ago, and an effort to keep that hidden while it was in development.

Will the Huawei Watch 3 come with Harmony OS in May?

Good VPN plan: why is this ExpressVPN deal irresistible?

First, the average capacity of mobiles above 100 GB

Bouygues Telecom increases the price of certain packages, without the possibility of refusal