After the rumors and above all, only six months after the first version, Lenovo has just formalized its new smartphone for gamers. Here is the Legion Phone Duel 2 and unlike some competitors there will be no Pro or other version. The first Phone Duel had arrived just before the winter of 2020 and unfortunately, even if it had everything it needed in itself, it had not marked the spirits because it had arrived far too late on the market. . This is probably why Lenovo has accelerated the arrival of this second iteration, for a release at the same time as all its direct competitors.

Because smartphones intended for gamers must offer the best of technology, the new Lenovo Legion Phone Duel 2 does not cut corners with the new Qualcomm Snapdragon 888 SoC. Obviously, this kind of smartphone is aimed at an audience that knows what he wants, who are looking for the best possible performance for gaming. Whoever hesitates with a Samsung Galaxy S21, Xiaomi Mi11 or OnePlus 9 Pro is clearly not the target. 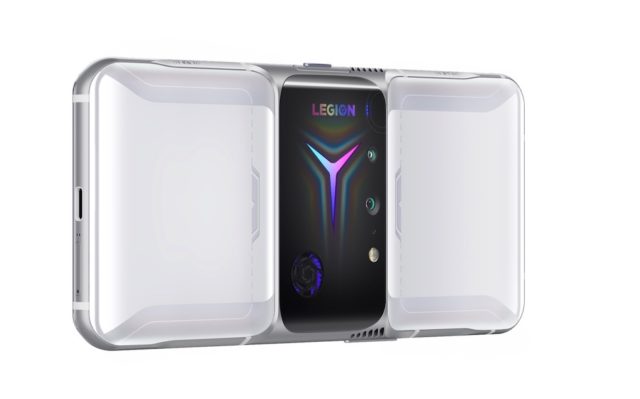 Also, with a more favorable timing, Lenovo put all the chances on its side and we find high-end characteristics with a Qualcomm Snapdragon 888 SoC (25% faster than a Snapdragon 865), an Adreno 660 GPU, of 256 GB with 512GB of internal memory in UFS 3.1, 12GB or 16GB of LPDDR5 RAM, WiFi 6, Bluetooth 5.2, not one but two USB 3.1 Type-C ports on the side and on the bottom of the smartphone, all in a weight of 259g! As it is now a constant, we remind you that memory in UFS 3.1 is 15% faster than UFS 3.0. While direct competitors often offer an optional accessory to better cool the smartphone, Lenovo innovates by offering what the brand calls the ATA 2.0, a complete architecture that integrates a complete cooling system and therefore does not require an external accessory. . This results in a higher weight than the competition but not having any accessories is an advantage too. 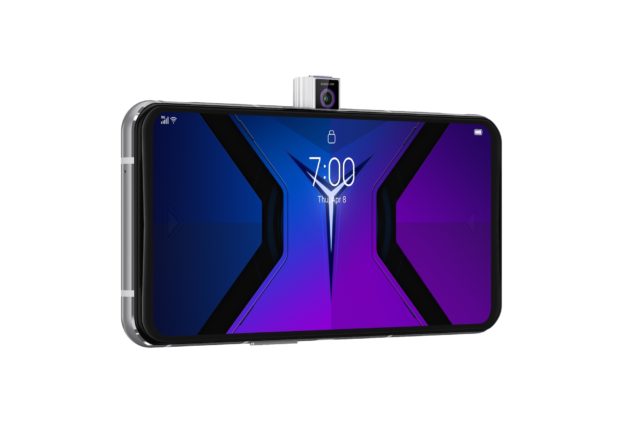 On the battery side, the Lenovo Legion Phone Duel 2 offers two 2750mAh batteries, for a total of 5500mA. In addition to this, the smartphone offers fast charging of 65W on any of the two USB-C ports but above all the possibility of using the two USB-C ports to have a total power of 90W, which will allow recharging. the smartphone from 0 to 100% in just 30 minutes. Note that our test copy was delivered with a 90W dual USB-C charger. While in the competition, there is no more ventilation on the back, this is not the case in the back of the Legion Phone Duel 2, which is also not a surprise given the ATA 2.0 architecture touted by the Chinese manufacturer.

The photo and the screen

On the photo side, the Lenovo Legion Phone Duel 2 offers a photo block composed of a classic wide angle and an ultra wide angle. This is a bit the bare minimum in 2021 but on the other hand, we are talking about a smartphone for gamers and this is not necessarily what we are looking for on such a type of smartphone. We thus find a 64 Megapixel Omnivision sensor with an aperture of F1.9 and on the ultra wide angle, a 16 Megapixel sensor with an aperture of F / 2.2. But because it’s a gaming smartphone, Lenovo understood the importance of the front camera. Suddenly, we discover a retractable front camera at the standby button with a 44 Megapixel sensor. If the position may seem strange when you have the smartphone in portrait mode, everything makes sense when the smartphone is in landscape mode. 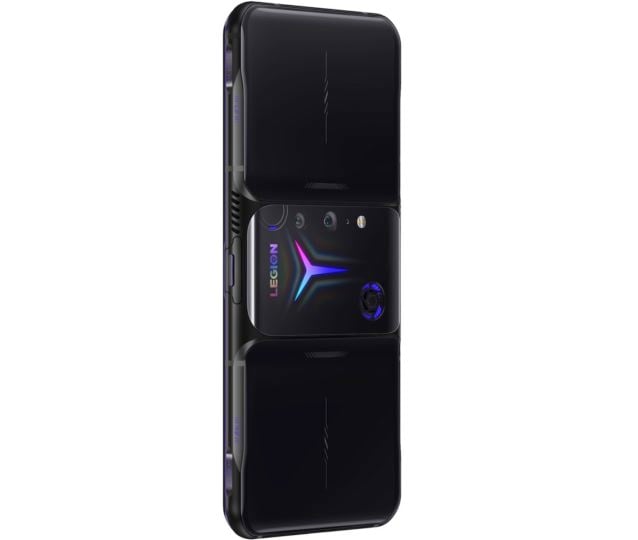 On the audio side, the Lenovo Legion Phone Duel 2 offers stereo speakers and of course support for Dolby Atmos. No jack on the Lenovo smartphone and it should be noted that the USB-C adapter is delivered as standard, which is no longer a habit for manufacturers in 2021. Because streaming remains a use related to gaming and that the camera was thought in this direction, the Legion Phone Duel 2 is equipped with 4 microphones with noise cancellation. For the screen, we use the same recipe which works very well for the competitors and we end up with a screen of almost 7 inches with an AMOLED panel. There is also a Full HD + definition of 1080 × 2460. The diagonal is 6.92 inches in 20.5: 9 format and of course, we find a refresh rate of 144Hz, just like the support of the DCI-P3 profile and the support of the HDR 10+.

While the competition is often limited to two buttons located on the right edge of the smartphone, at Lenovo, we push the button very far with not two but four sensitive buttons hidden in the right edge of the smartphone. How, precisely thanks to the design with bevelled edges in different places. We thus find ourselves with what to simulate the keys L1 and R1, but also L2 and R2. Convenient. But that’s not all, there are also two additional sensitive buttons on the back and finally the management of the pressure on the screen, apart from the touch screen. It is therefore no less than 8 more buttons that the Lenovo Legion Phone Duel 2 offers! And for more immersion, the smartphone offers a dual haptic motor. 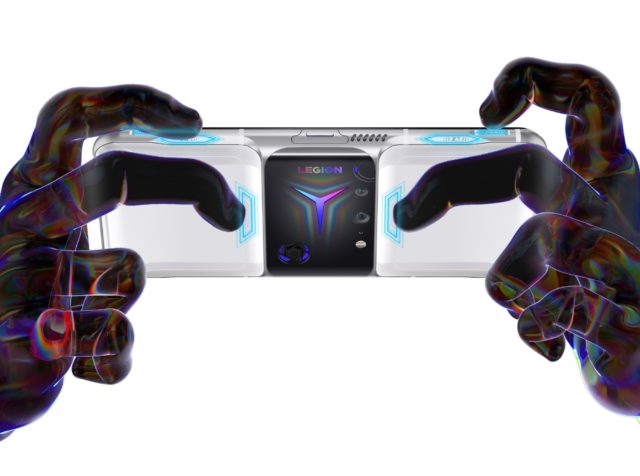 Mastercard takes over cryptocurrency, Miami wants to pay its officials in bitcoins

these clues point to a highly anticipated new game

This is how you can prevent Netflix from playing trailers automatically