The Facebook team announced a series of functions that revolve around the new trend of creating community through audio rooms, and gave some details about the operation.

Facebook introduced Live Audio Rooms, its solution for users to interact using audio messages. Yes, in style Clubhouse, you will be able to join groups that have your same interests and use the audios as a means of communication to turn them into live audio rooms.

A dynamic that will begin to be implemented in some popular groups in the coming months. And these will not be the only ones to benefit from this Facebook initiative, as it will also extend to public figures. So it is possible that soon you will see your favorite artist or some of your references creating audio rooms to share with other celebrities or their audience. 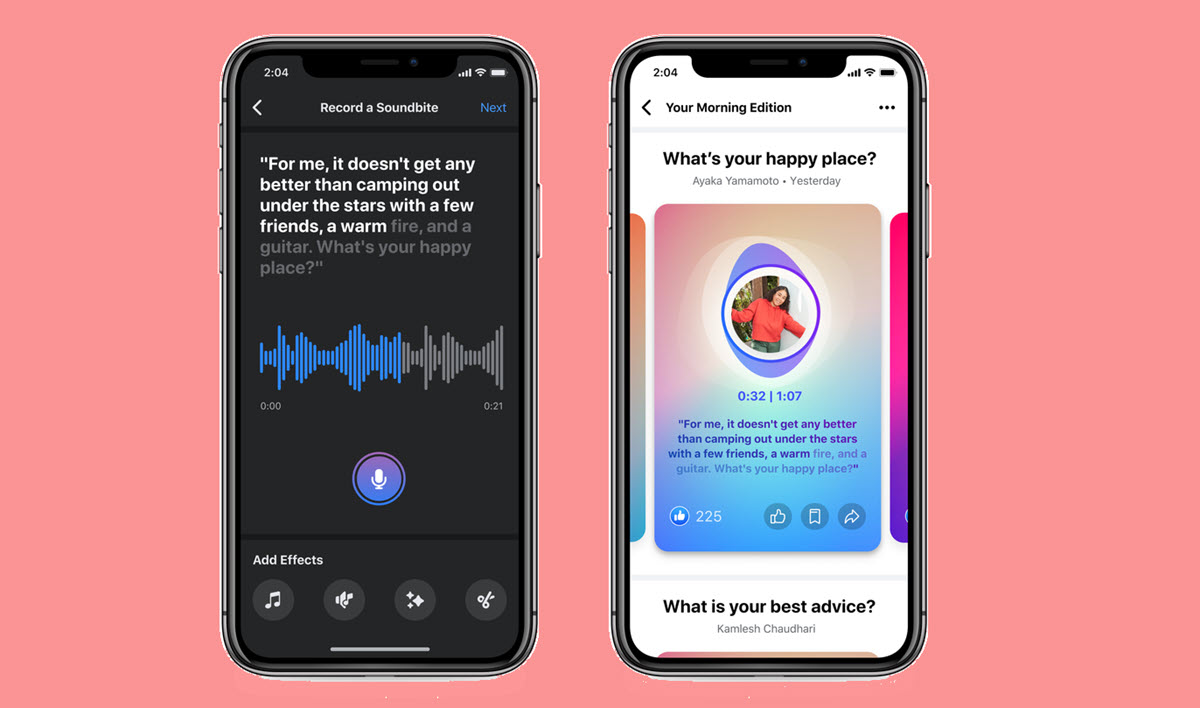 And if you’re not into joining Facebook groups, don’t worry, as Facebook also plans to bring this feature to Messenger. In this case, it will only be available for group chats. So you will have the Live Audio Rooms both in the Facebook app and in Messenger.

And on the other hand, more functions related to audio are added. Users will also have the possibility to convert an audio into a podcast and share it with their followers or friends, among other options:

We also want to provide creators and fans with tools to share the best excerpts from a live audio or podcast and post them as Soundbites to encourage further discussion. In addition, we will offer subtitles on all of these audio experiences to make them accessible to everyone.

Facebook also mentioned some forms of monetization that creators will have available with the arrival of Live Audio Rooms. For example, the audience will be able to make donations to creators or a subscription will be implemented in certain voice rooms.

As the Facebook team reports, Live Audio Rooms is still in testing and they expect it to be available to everyone by the end of the year.

return to the cult survival horror

Review: Without any remorse, the advent of a new action franchise?