Google’s Fuchsia operating system, which has been in development for a long time, is one step closer to running on real devices, because a Bluetooth listing shows the Nest Hub with “Fuchsia 1.0”.

Google has been working on the Android successor called “Fuchsia” for almost 5 years. Since then, Fuchsia has repeatedly announced advances, from an innovative operating system interface to security and performance.

Now a listing of Fuchsia 1.0 appeared at the Bluetooth SIG (Special Interest Group) for the “old” Google Home Hub. Fuchsia 1.0 is named as the software and not the well-known Cast platform. The new listing is for the “Google Home Hub”, the device from 2018 that was later renamed “Google Nest Hub” – not for the “Nest Hub 2nd Gen”, which was released this year. 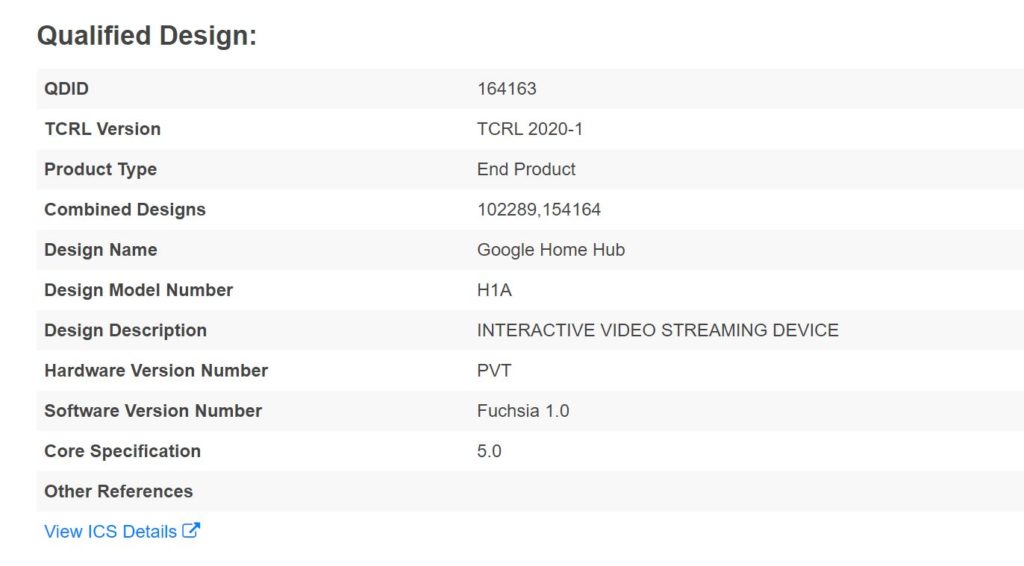 Let’s see if some of these devices will be given to the developers. Maybe we will see a Fuchsia launch soon after all. This year’s developer conference I / O will take place from May 18th to 20th, an announcement could be made here.

IOTSWC21 will arrive in Barcelona from October 5 to 7, but before we will have its Digital Summit 2021

This is the end for the Galaxy S8

“Zombie genes” wake up in your brain after you die

Mercedes formalizes its electric sedan EQS, with 770 km of autonomy