The multi-colored Lightstrip Onvis K1 has now appeared on Amazon in the USA. So it could also be available from us soon.

Onvis K1 can display several colors at the same time

The new Lightstrip K1 from Onvis was already online in March surfaced. The special thing about this Lightstrip is that it can display several colors at the same time and thus create particularly individual lighting scenes. In addition, the Onvis K1 can also be integrated into HomeKit, which probably makes it even more interesting for some users. 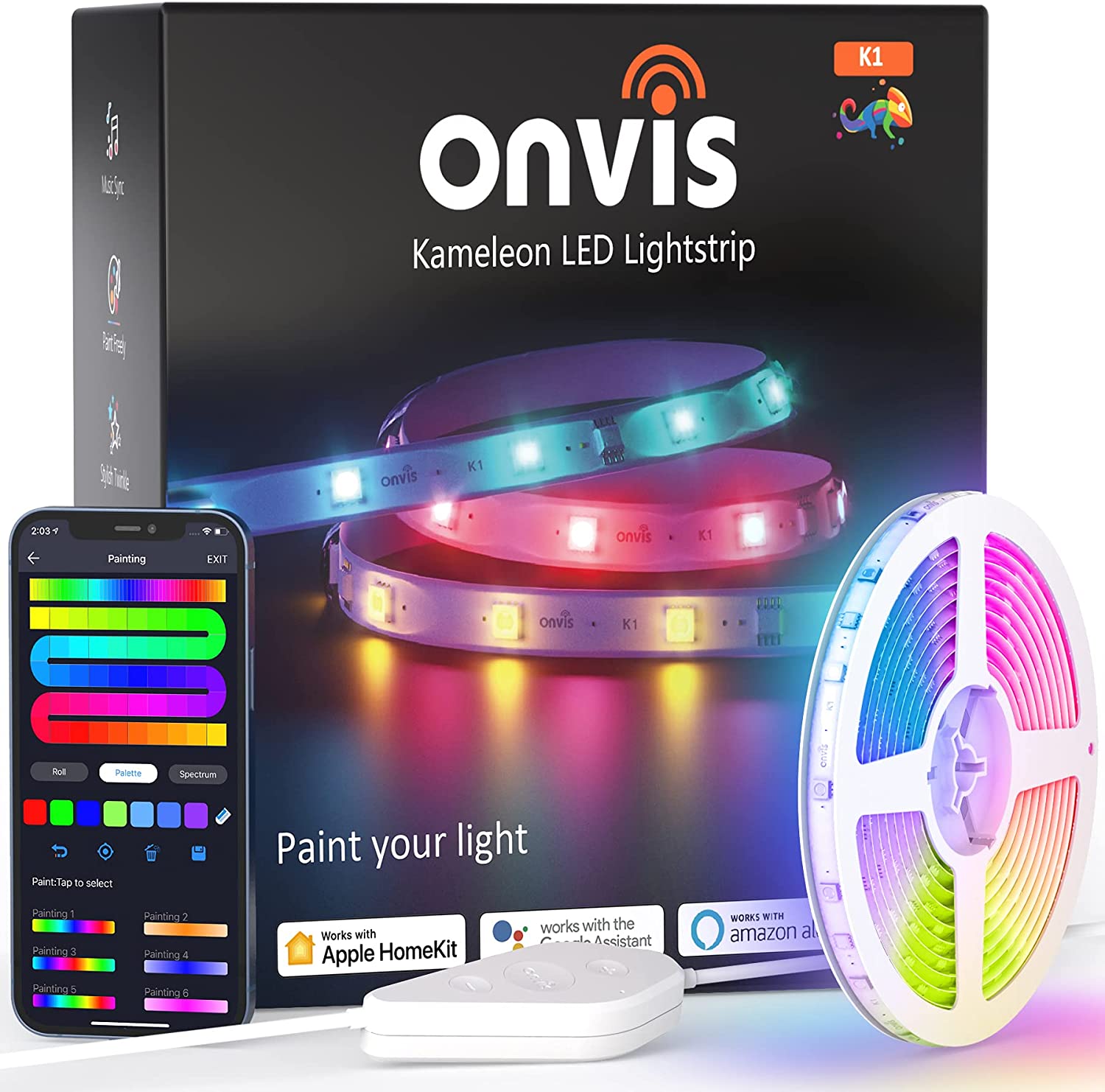 At Amazon in the US the new Lightstrip has already appeared, but is not yet in stock there either. Onvis calls up just under 50 dollars for the Lightstrip, which is the equivalent of just under 42 euros. There are actually two variants with five and two meters in length, but only the shorter variant is listed on Amazon for the time being.

The Onvis K1 is an exciting and above all cheaper variant of the LIFX Z, which also has several color zones. I am curious to see when it will also be available from Amazon in Germany and at what price it will come.