Twitter is already testing Tip Jar, a new option that allows you to tip other users.

It is one of the initiatives announced by Twitter for creators, non-profit organizations and journalists. A function that gives users the possibility to support them without resorting to other platforms.

This is how Twitter’s tipping system works

To implement this new dynamic proposed by Twitter, the profiles will have a new button that will display a menu of options to send the tip.

So the user who wants to contribute only has to press this icon and choose one of the payment platforms, which are included in this tip function, to start the process.

Once you choose the payment option you want, Twitter will direct the user to the corresponding app to continue with the process of sending the money. The Twitter image shows PayPal, Patreon, Bandcamp, Venmo and Cash App as payment options, but this will depend on the platform chosen by the creator when setting up Tip Jar.

Another detail to keep in mind is that Twitter does not charge a commission to facilitate this process, as reported when sending the tip: 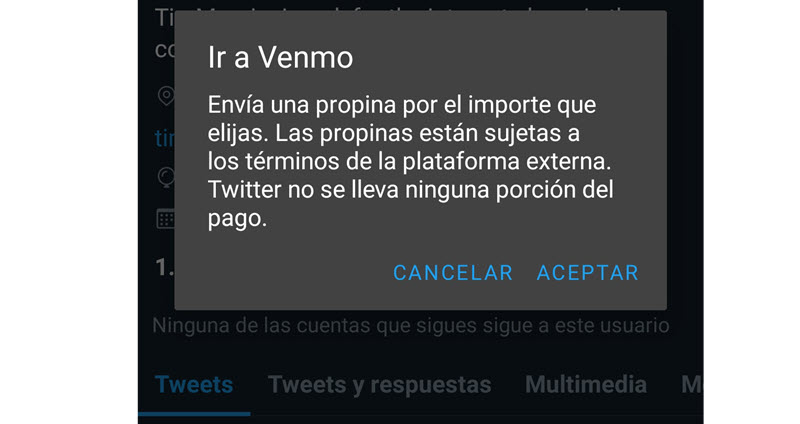 That is, the tip sent by the user will go to the creator or organization in its entirety. And of course, the user will not be charged an extra, beyond the commission of the chosen payment option.

So the dynamic proposed by Twitter is very simple and does not have an additional cost. That way, users will be able to support the work of content creators, non-profit organizations, journalists, etc. This new feature is currently in testing, so only a limited group of users have been given the option to configure Tip Jar in their profile.

Twitter may modify these dynamics or add new options to adjust this tipping system to the needs of users based on the feedback it receives during the trial period.

NVIDIA wants to scare away cryptocurrency miners with its RTX news

Apple made over $ 100 million from Fortnite