SmartThings, a subsidiary of Samsung, launched a new version of its eponymous application, for the first time for Windows.

This movement took shape after the launch of the new generation of Galaxy Books, extensively for all Windows 10 computers.

SmartThings made it to the Windows Store

After its acquisition by Samsung in 2014, two years after its founding as a small company that emerged thanks to crowdfunding, SmartThings has focused on the development of home automation software, linked to the Internet of Things.

Its flagship app bears the same company name, SmartThings. Originally available for Android and iOS devices, this platform made it possible to manage light switches, sockets and the smart electronic devices that can be installed in the home. Predominantly, this application integrates with Samsung hardware, but it also supports devices from other manufacturers. 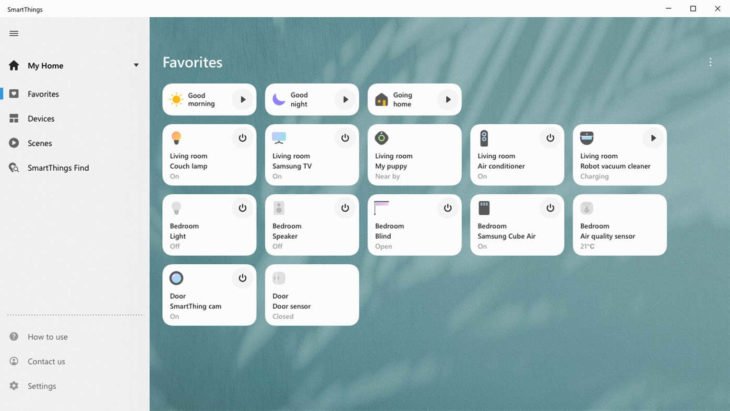 Basically, this new version of the application offers us a reflection of the experience we can have on our mobiles to control our devices, but not to manage them. At least in this first released version, only those devices previously connected to the linked Samsung account can be managed. Advanced device linking and management tools continue to be unique to mobile apps.

The application was developed in an optimized way for the new Galaxy Book. However, it can be downloaded from any Windows 10 device. Failure to meet some technical requirements, such as Bluetooth connectivity, could compromise the quality of the experience.

Especially for those homes that have a significant number of devices connected through this platform, adding a computer as a means of control can be useful when we are using it, mainly due to the contribution of notifications.

Downloading SmartThings is completely free and is available through the Microsoft Store. Besides Windows, it is also available for Xbox.

iTunes discount in May 2021: Deals on cheap iTunes cards

The Lenovo Tab M10 is expected in a 5G version

Xiaomi formalizes the Mi 10i in India

Instagram is testing a new design for Stories in the browser