It never fails: The launch of a new model of smart mobile phone that arouses a lot of interest is preceded by rumors and leaks, and the new generation of Pixel mobile phones from Google are no exception.

In this sense, in the absence of a few months for the company to officially present them in society, rumors and leaks of data and images continue to occur. Until now we knew that the sixth generation of Pixel mobiles will opt for an integrated processor of their own development in collaboration with Samsung (which could also foreseeably reach laptop models, as we anticipated yesterday), and that for now it is known as a code name WhiteChapel.

Well now they are coming virtual representations based on real prototypes of how the new ones would be google pixel phones, at the design level.

According to leaker Jon Prosser, Google would abandon the simplicity of the designs for striking designs, especially with regard to the rear camera module.

During the past year we already sensed that 2021 would bring surprises in regard to the unique designs of the camera modules, and the truth is, 2021 is fulfilling in this regard. According to the virtual representations, the Pixel 6 would not be alone but would also have an older brother called the Pixel 6 Pro.

Google thus recovers the pair of Pixel phones, which were available until the Pixel 4, although now it chooses to change the XL denomination to Pro denomination, although this does not mean that the Pro model is still larger. 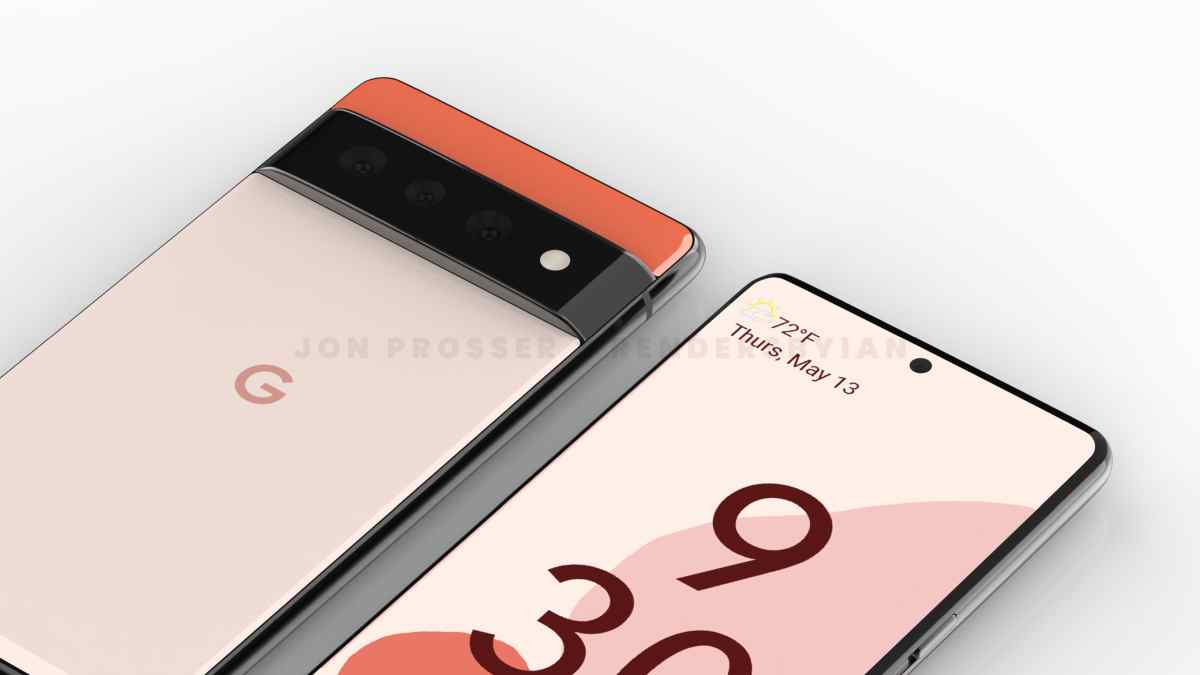 And focusing on the design, while there are few changes to the front, where the hole from the front camera basically moves to the center, it is in the back that interesting changes come. And it is that, as we advanced, will have unique camera modules, as they will not only travel the rear from side to side, but will also be more pronounced, especially in the Pro model.

As seen in the images, it would come with three cameras next to the LED flash. And in addition to the eye-catching camera module, Google will also opt for different color combinations, although the virtual renderings only show the combination of white (predominant) and orange, although in all combinations, the camera module will always be black.

We do not know the level of stability that these new mobiles may have, and if Google You may have thought of some way to protect the module from possible scratches. Remember that they are virtual representations and that the only official thing is what Google presents when the time comes.

In the same virtual representations A matching Pixel Watch is also displayed in terms of color combination, so we can already intuit, having seen what we have seen, that customization will be a key aspect of these new models.

As we have just indicated, we will have to wait for the official presentation to know how real these representations are, although the success history of the leakers makes us indicate that what we now know will not be far from what will be officially presented.

Undoubtedly, the return of the holidays seems more interesting if possible in the segment of smart mobile phones.

Disney + has gained over 3 million subscribers in just two months

Amazon cancels Lord of the Rings game over conflict

Apple AR glasses should go into the next development phase