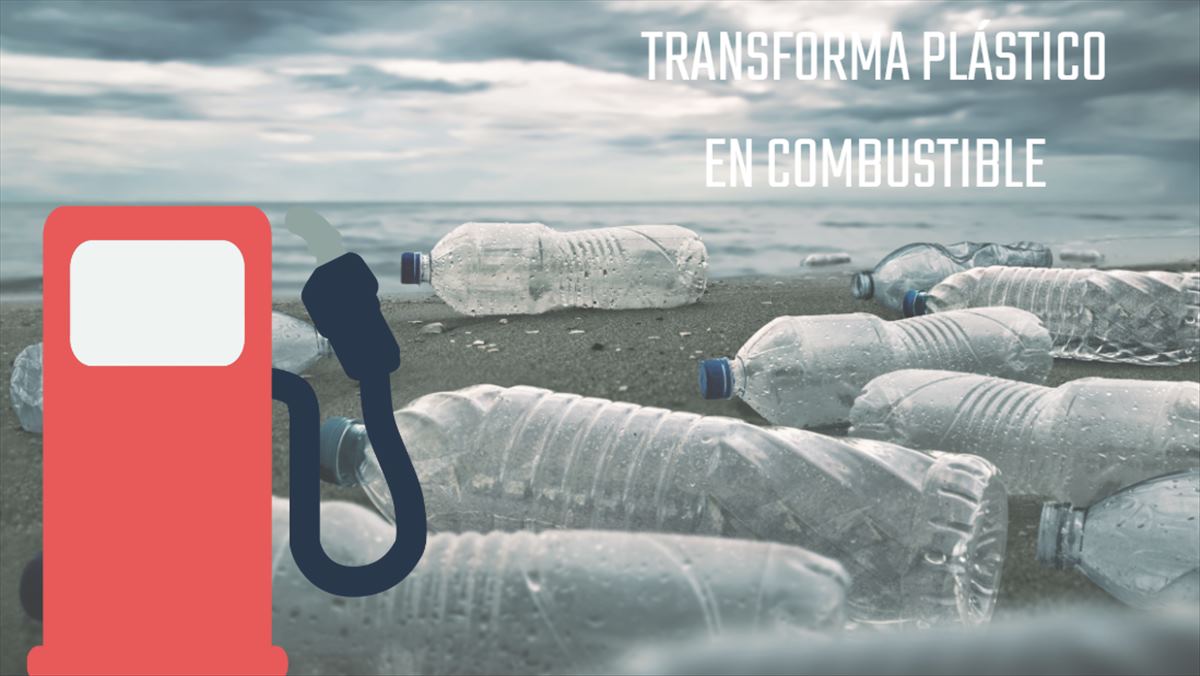 Plastic has invaded humanity, and the environment notices it. We leave 10 million tons of plastic waste in the oceans every year, and more progress is needed to see how best to recycle all that garbage.

They have now come up with a new method that involves the selective recycling of polyolefins, turning them into liquid fuels like diesel and gasoline hydrocarbons, according to a recently published study. in Science Advances magazine.

The process could be used to treat plastics of various types, including high- and low-density polyethylene, polystyrene, polypropylene, and conventional polyethylene bottles and bags.

The idea is to turn composite plastics into fuels and lubricants. In 2012, global plastic production reached 314 million tonnes and is projected to increase to more than 1.2 billion tonnes by 2050, so knowing what to do with it is a high priority. In the United States, less than 9% is recycled, and that generates great economic losses and damage to the environment. They believe that transforming plastic into more plastic in another form is not a sustainable long-term solution, so the most robust and versatile means of combating plastic waste is chemical conversion.

Chemically transforming plastic into fuel is something that they have dedicated researchers from Washington State University, who revealed a new technology capable of turning plastic waste into jet fuel. They continue to work to help find ecologically sound ways to power airplanes, which are responsible for a massive proportion of climate-altering carbon emissions.

The study by this University indicates that they managed to transform 90% of the plastic converted into jet fuel, as well as other useful hydrocarbon products at moderate temperatures, in 60 minutes.

COD Warzone: crossovers with Rambo and Die Hard are coming!

Apple iPad Pro 12.9 on offer at Saturn: professional tablet with a lot of performance

Nokia is strengthening with new numbering and new phones

Reels, the clone of Instagram to TikTok, already begins to have publicity around the world