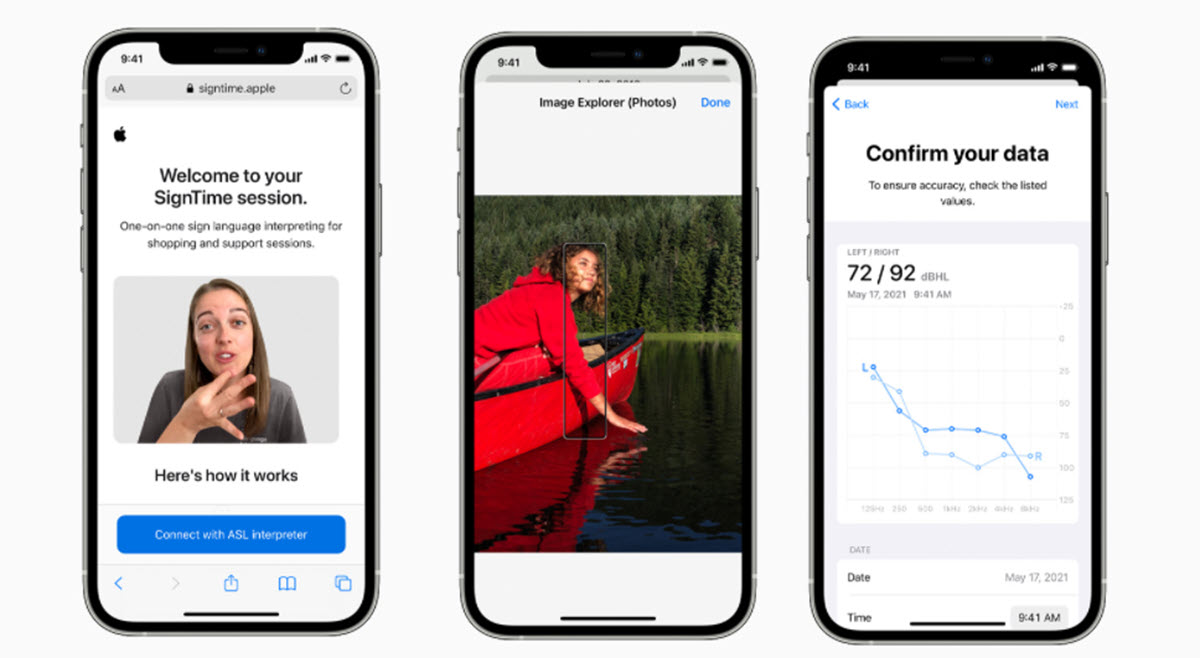 Apple announced a series of features designed for people with disabilities.

Software features that will be implemented in future updates and that try to cover different scenarios to improve the experience of users when interacting with their devices.

One of the novelties announced by Apple is SignTime, a service that will allow users to turn to sign language interpreters when they need assistance or customer service from Apple remotely. A dynamic that will also be implemented in physical Apple Store stores in France, the United States and the United Kingdom, but which plan to reach other countries.

Another accessibility option that Apple has mentioned in its announcement is AssistiveTouch. A feature that will be implemented in Apple Watch to help people with reduced mobility in the upper extremities. Thanks to machine learning and Apple Watch sensors, this function can detect tendon and muscle activity so that the user can interact with the interface without touching the device.

On the other hand, VoiceOver will be updated with a series of features that will allow the screen reader to accurately describe the objects within an image taking into account the context. And in iPadOS, Apple adds support to be compatible with eye-tracking devices, so users can trigger a series of actions on the iPad using only their eyes.

Apple also adds a series of new features taking into account the needs of people with hearing problems. For example, it will add support for more two-way headphones and the ability to configure sound options to suit your hearing just by importing the results of an audiogram.

Some of the accessibility features announced by Apple will begin rolling out in late 2021.

Divinity Original Sin 2 is finally available on iPad, but not on iPhone

Realme GT has been disabled by AnTuTu