IF leading a large company is difficult, carrying the burden of being one of the most popular applications in recent times is an even greater pressure, as in the case of TikTok.

Zhang Yiming, co-founder of ByteDance in 2012, will step down as CEO, claiming that he doesn’t feel quite ready to continue taking on the challenge. After this, he took on another responsibility within the company.

New restructuring of the TikTok directory

The CEO of ByteDance resigned from his position as leader of the company, even though thanks to TikTok they managed to become the most valuable startup in the world. Zhang, a historical person at the company, will move on to another position, leaving his co-founder Liang Rubo, today human resources director, to take on the vacant position of CEO.

Although in what is more publicly visible, the user experience, this should not influence, the impact will be evident at the corporate level.

From the Kevin Mayer departure of the company’s board of directors, amid all the tension generated during Trump’s last stage at the helm of the White House, the company’s management passed through several people on an interim basis.

In a lengthy initially internal letter, circulated among ByteDance employees, but later became public, Zhang expressed his feelings about this uncomfortable situation, noting that he would be more effective in playing another role. In his words, “I am concerned that I continue to rely too much on the ideas I had before starting the company, and I have not challenged myself by updating those concepts”. 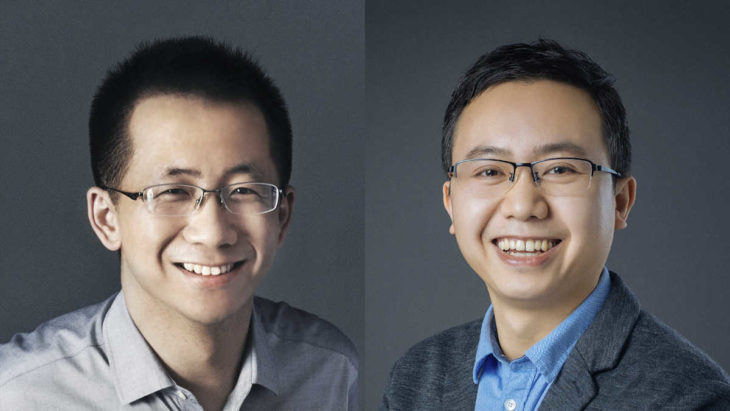 The billionaire entrepreneur (39th place in the last ranking of Forbes) and philanthropist of the Asian giant also pointed out that, in his opinion, “Someone else can better drive progress through areas such as improving day-to-day management”, adding that «I lack some of the skills that make an ideal manager. I’m more interested in looking at organizational and market principles, and leveraging these theories to further reduce management work, rather than actually managing people. Similarly, I am not very social, preferring solitary activities such as being online, reading, listening to music and daydreaming about what may be possible ».

This change in the board of directors has been in discussion since March. According to Zhang, his colleague Liang is an “invaluable partner” with whom he has been discussing these modifications ever since.

The now resigned CEO, will assume new functions focused on “Long-term strategy, corporate culture and social responsibility”, as communicated in the letter signed by Yiming.

“In our 2012 business plan, I told the team that the most rewarding thing about building a business is being able to enjoy the journey together. I look forward to this new phase and continuing our journey together!«Said the resigned CEO at the close of his message.

Media Markt and Saturn: The best offers from weekend deals and breaking deals

Euro: win your seat for ALL France matches

You can start with your Mate X2 on your HarmonyOS mobile

The new Mi Band has already sold out in millions