The OPPO sub-brand, Realme announced its first smart and advanced watch last month. Now, we have a new smartwatch that stands out for its price / quality ratio, large screen, and autonomy for 2 weeks, the Realme Watch 2 Pro.

Similar, in design, to the previous version of this smart watch, the Realme Watch 2 Pro is differentiated by the larger screen, now with 1.75 inches diagonal. The resolution is quite satisfactory, for the format, with 385 x 320 pixels and more predicates.

We also see the indication of the refresh rate of the screen at 30 Hz, in addition to the indication of maximum brightness at 600 nits. It is, in fact, a high value for a watch screen and will facilitate its use outdoors, even when the sun directly affects it.

The user will be able to use more than 100 watchfaces, highly customizable digital displays. Among these, we now have the new Master Edition collection signed by the South Korean artist Grafflex with exclusive content for this model.

The introduction of new animated wallpapers for the Realme Watch 2 Pro screen is also pointed out. They are the “Live Wallpapers” and bring greater dynamism to the screen of the Realme smart watch, in addition to reinforcing its personalization.

This option is available in the Realme Watch 2 Pro settings, and can be controlled and personalized also through the smartphone with which the watch is paired.

The battery can reach 14 days, two weeks of autonomy!

We also point out as positive the reinforcement of the battery life in this smart watch. We are facing an energy cell with 390 mAh of capacity that, according to the manufacturer, will deliver up to 14 days of autonomy, on average.

Remember, on the other hand, that the Realme Watch 2 has a battery of 315 mAh of capacity that gives it autonomy for 12 days. In the new model, however, the increase is already considerable, delivering two more days of normal use.

The smartwatch has GPS location

Being one of the most appreciated attributes in smart watches and sports smartwatches, the Realme Watch 2 Pro has GPS location of two satellites. In this way, you can follow the routes taken without using the smartphone.

This is another of the differentiating points between the Pro version and the conventional version. While the latter lacks the connection to the smartphone to track and record the user’s route, the former is autonomous in this important aspect.

It is a complete watch with essential sensors 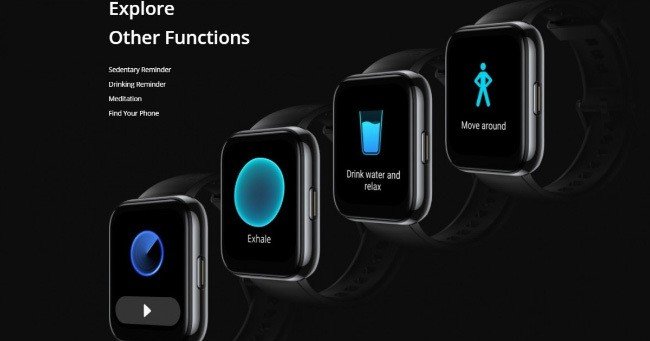 Realme Watch 2 Pro has the other sensors commonly present in this type of products. In fact, here we have the heart rate sensor, sleep monitoring and quality recording, in addition to sedentary alerts.

We also have the measurement of dissolved oxygen levels in the blood (oximetry), stress indicators and breathing aids, or up to 90 supported modalities. These, however, will arrive in the future with a firmware update via OTA.

So far, as soon as they take the Realme Watch 2 Pro out of the box, they will have support for 16 modes on the watch. 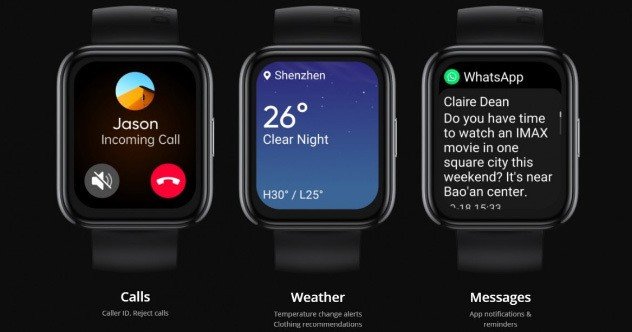 The clock software also allows you to control the multimedia playback on your smartphone. In addition, it also allows you to view and reply to WhatsApp messages and SMS’s received on the phone. Likewise, you can also accept or reject incoming calls.

On the clock we also find weather forecasts, IP68 certification, control of IoT devices, as well as several alerts and presentation of the main notifications. Watch 2 Pro cannot answer calls without a microphone or speaker.

The price of Realme Watch 2 Pro is equivalent to 60 €, or $ 70 and will hit Southeast Asian markets on May 29th. So far we have no information about its availability in Europe.

This Product was announced today by the Malaysian branch from Realme.

Good plan: the OnePlus 8T down 40%, AliExpress sells it off

Redmi Note 10 Ultra: This Xiaomi phone is supposed to stir up the middle class

Ford and Google have partnered

Google prepares its folding mobile for 2021