Logitech has long been a company that has remained discreet in its operations, which have been characterized by focusing on the manufacture of peripherals for personal computers (mice, keyboards, speakers, headphones).

However, it seems that with its latest creation the company has decided to get out of its conventions and surprise the market. This is Scribe, a webcam for whiteboards with artificial intelligence technology whose purpose is to allow all those who participate in a video call to clearly appreciate the information written or drawn on a blackboard.

For any video conferencing app Scribe works like a USB content webcam. However, the Logitech team assures that Scribe integrates an improvement that will allow it to work better with tools such as Microsoft Teams and Zoom Rooms, although no details have been given that allow us to know more about this integration. 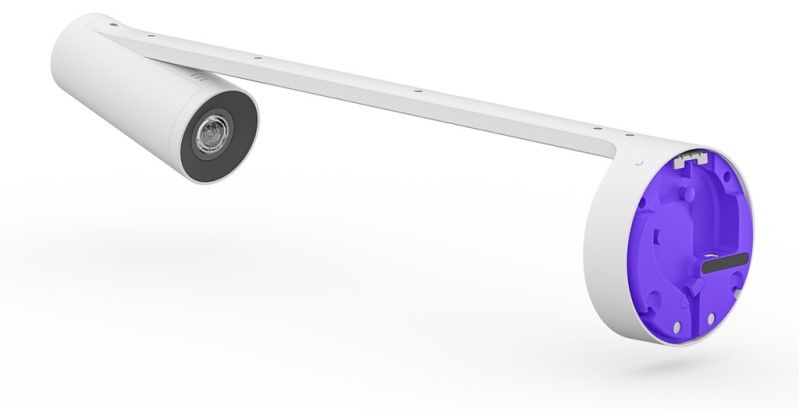 The intention behind the creation of Scribe has been to solve a very frequent problem that occurs when making video calls that involve the use of a whiteboard. During an online class, if the webcam is poorly located or far from the board, students will have difficulty seeing what is written on it.

This is where Scribe comes to the rescue, since it records the board directly, improving the clarity of everything that is captured on it, so that it is later relayed in the video call.

According to its specifications, Scribe is capable of recording content written on whiteboards up to a maximum of 180 x 120 centimeters. Its artificial intelligence makes it possible to see through the person to read the content of the whiteboard in case it gets in the way. In addition to capturing information written on the board, Scribe can recognize information written on post-its.

Those institutions or academies that wish to acquire the Logitech Scribe They will be able to do it for a value of 1,199 dollars.

a documentary on Louis Armstrong in preparation