In April Fitbit got its new one Fitness tracker “Luxe” presented. In addition to a color display, the wearable is getting another innovation: the charging cable will finally have a USB-C connection.

After Fitbit presented its new wearable “Luxe” in April, it was already apparent that some changes had been made. On the one hand it is the first fitness tracker from Goolge / Fitbit that has a color display, on the other hand it seems as if the new generation of USB connections is finally being used for the charging cable. While many Smartwatches and trackers from Fitbit have their own design and are therefore not compatible with each other, all charging cables used a USB-A port until now.

The Fitbit Luce now gets a charging cable with a USB-C connection on which there is a button that can be pressed to reset if a fitness tracker should not react. Although Fitbit or Google did not mention the USB-C port or the reset button on the product page of the “Luxe”, pictures of the charging cable show a clear difference to other charging cables from the company. 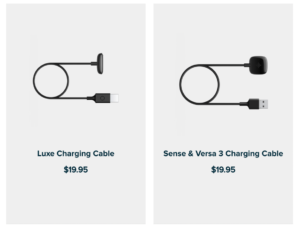 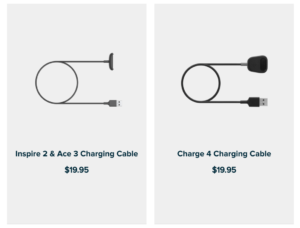 Apart from the Fitbit Luxe, all the other devices that have appeared so far do not have a charging cable with a USB-C connector. I hope Fitbit – and all other wearable manufacturers – will introduce a uniform charging cable for all their devices in the near future to make things easier for users.

Xiaomi is currently struggling with a malfunction

here is the first video of Perseverance on Mars