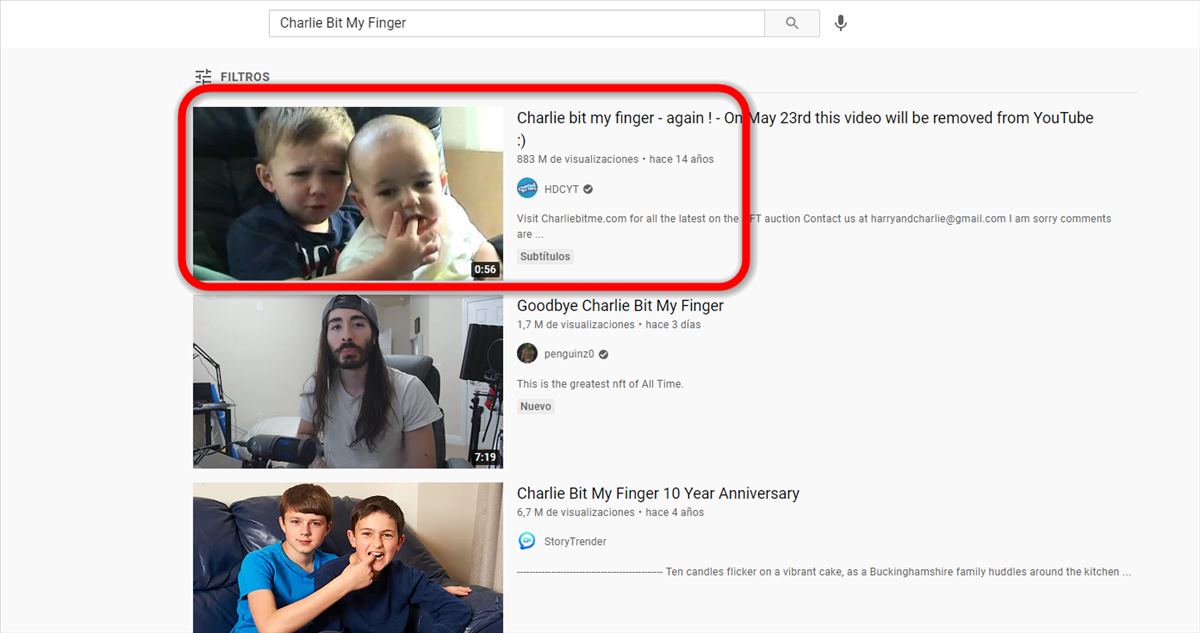 The fever of collecting digital pieces with certificate of authenticity created by blockchain continues, and now it is the turn of the famous video «Charlie Bit My Finger«, A video from 2007 that has 883 million views on YouTube, not counting the many copies that have been made over time.

It’s another classic piece of internet culture auctioned off for a huge amount of money, a home video that they sold for 761,000 this Sunday on his 14th birthday.

We all know the scene: a British boy named Harry holds his little brother Charlie. Harry puts his index finger in his brother’s mouth and is bitten, twice.

Now they say that will remove the video from Youtube so that the buyer is “the sole owner of this adorable piece of Internet history”, although, of course, it has been copied, shared and republished numerous times on the web.

The auction drew bids from 11 accounts and sparked a bidding war between users “mememaster” and “3fmusic,” the latter of whom ultimately won with a bid of $ 760,999.

Buyers only want to compete for the bragging rights of a certificate of ownership, as nothing prevents the video from reappearing on the web or being in the hands of millions of people every day. It already happened with the first tweet, from Jack Dorsey, which was sold for 2.9 million dollars to a Malaysian businessman, or any of these other pieces that we discussed in the article Five memes that have been sold as NFT.

An Oppo tracker is also being developed

The new Chromecast will have Apple TV +