Today I installed the Eero kit from Amazon, which allows you to expand the WiFi coverage in a home or office, something similar to what I did a year ago with Google Nest Wifi.

The box includes 3 eero devices, one with two Ethernet connections and two that will act as repeaters at home points where there is not much coverage.

The installation process has been straightforward. I leave you with the first steps indicated by the app Eero (It is necessary to install on the mobile and identify with the Amazon account):

– I turn off the main router in the house.
– I connect the Eero that has the Ethernet connections to the router using a normal Ethernet cable (one comes in the box, although it is quite short). Either of the two connections can be used, the remaining one could be used to connect a device via cable, or to splice more networks.
– I plug in the Eero.
– I plug in the main router again.

This procedure is very simple and fast. The app takes care of detect via Bluetooth to the first Eero on the network. In my case it took a few minutes, since for some reason that I do not know, the app was connecting and disconnecting the bluetooth of the mobile until it found the Eero. once everything was connected, it asked me for the name of the WiFi network I wanted to create, as well as its password. 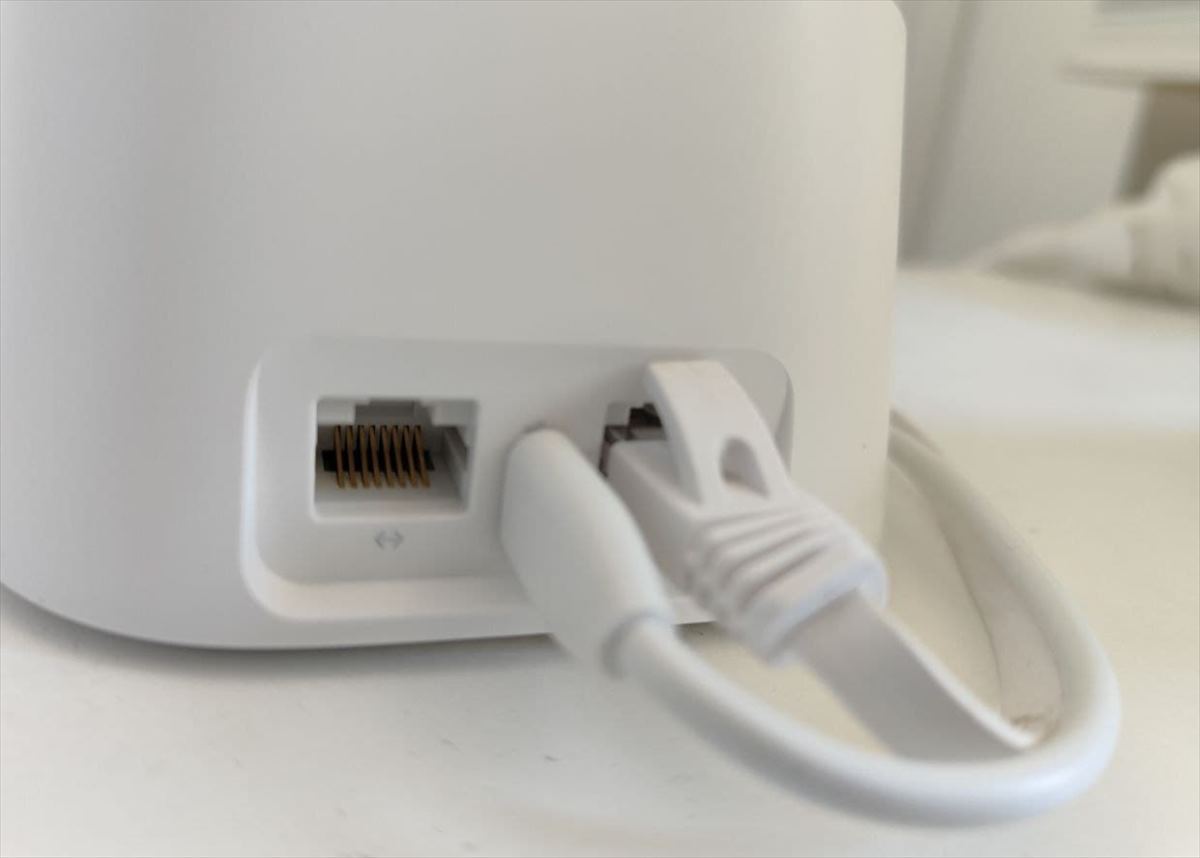 It is a high quality WiFi network, WiFi 6.0, capable of reaching speeds of up to 500 Mbps. 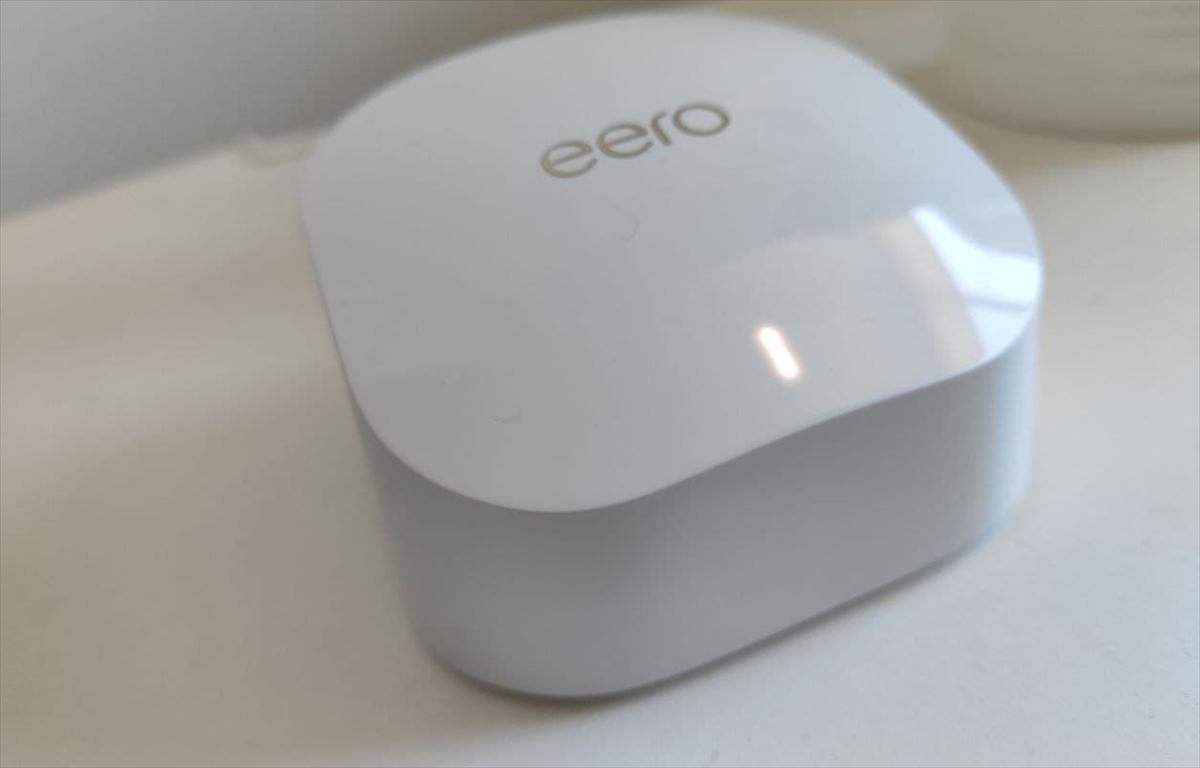 Once we have the new WiFi network created, it is time to install the other two eero. To do this we go to a semi-dead point at home (with little coverage), and plug in the eero. From the mobile we add the new device, being necessary to repeat the search procedure via Bluetooth.

The repeaters will have the name of the room where it is located (dining room, kitchen, bedroom, etc.). 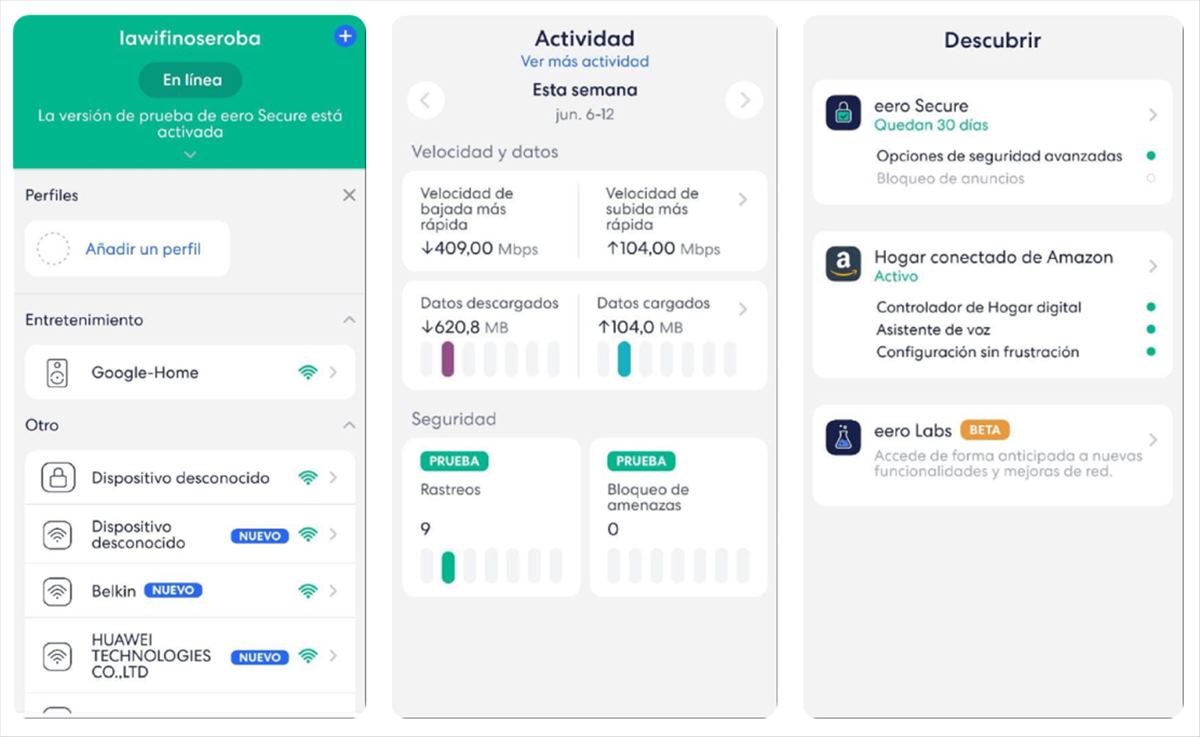 From the app we can see the data consumed by each of the three components, possible security problems and blocking of online threats (something available in the first month free of the security pack), the maximum upload and download speed achieved with the network … there are very complete statistics and reports so that we even know which devices There are connected in each element, thus helping to know how the network is used in our home or office (it even sends notifications every time a new device is connected to our network).

It is ideal to check if a connected vacuum cleaner connects to the internet with our permission, for example, or to see if an assistant has more work sending and receiving data than they should.

In a future article I will comment in more detail on the data offered by the app, as well as the functions of creating a guest WiFi network, for example.

– Do not put the eero near large electronic devices, to avoid interference and allow the initial identification via bluetooth to be more effective and faster.
– Does not include assistant from Alexa. Google Nest Wifi if it includes Google Assistant in its repeaters. That can be a disadvantage at first, although on the other hand it is not necessary to have voice assistants in all corners of the house (those who have more than one already know that it can be a problem to say “alexa” or “Ok Google” and get several answers from several points at the same time.
– Repeaters have a White light that can be turned off from the app settings. This is important to keep in mind, as there are many people who need complete darkness to sleep.
– What concerns to price. While Googe nest wifi costs 259 euros with the main component and a repeater, Amazon Eero, for the same price, includes the main component and two repeaters.
– The information offered by the app the Amazon Eero it is much more complete than the Google Nest WiFi.

Bezior M20: electric bike on sale that you won't want to miss!

A tool to avoid eyestrain when reading in the browser

A new wireless keyboard is coming from Samsung

DJI follows Huawei’s fate by also being banned by the U.S.